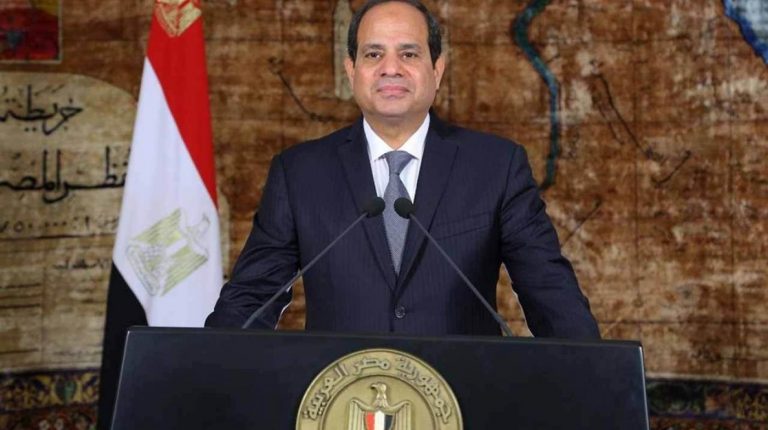 President Abdel Fattah Al-Sisi announced on Saturday increasing the country’s minimum wage to EGP 2,000, as well as pensions by 15%, setting the minimum pension at EGP 900, starting from July.

He added that the government will dispense EGP 150 worth in exceptional bonuses to all public employees to absorb the high inflation.

This move will increase the salaries and wages item in the state budget by EGP 30.5bn to EGP 300bn.

A few days ago, the president directed the ministry of finance to pay the arrears owed to pension funds by the ministry and the National Investment Bank, starting from the fiscal year 2019/20.

Al-Sisi also declared on Saturday a promotions movement in the administrative authorities.

Furthermore, he asserted that this package of decisions was taken to ease the burden on Egyptians, which also come in line with the ongoing economic reform process.

His remarks came during the National Council of Women’s (NCW) celebration to honour Egyptian women and ideal mothers, marking the centennial of the 1919 revolution, which witnessed a great liberation movement for Egyptian women.

In that context, the president has instructed the government to enhance the conditions of Egyptian women, through providing the appropriate atmosphere for women’s work to help them find suitable job opportunities, in addition to putting an end for the problem of female debtors and developing solutions to combat this issue.

Plus, Al-Sisi called on the government to take the necessary measures to achieve financial inclusion and women’s technological empowerment, and providing greater support for small enterprises which offer women more employment opportunities.

“I call on the government to study the amendment of the Public Service Law, so that it can be a tool to train and qualify Egyptian girls to join the labour market, and to develop the necessary mechanisms and incentives to achieve this goal,” he stated.