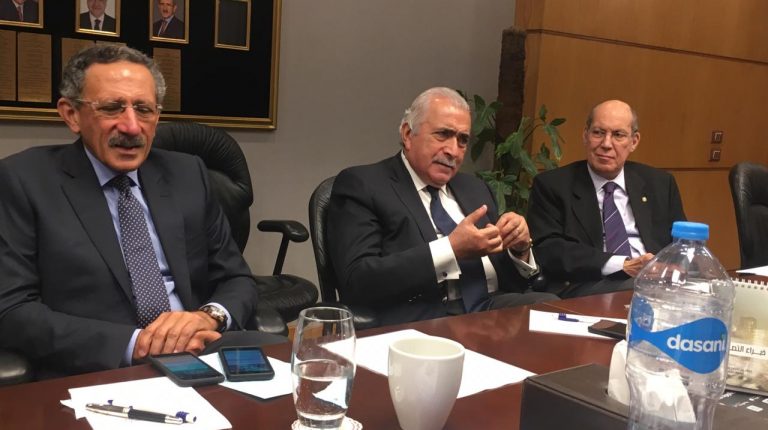 Director of the American Chamber of Commerce in Washington, DC (AmCham Egypt), Hesham Fahmy, said that the chamber is currently working to establish an advisory council in the United States, which would include several figures with extensive experience and reputable in American decision-making circles, aiming to maximise the chamber’s role in supporting the investment size and trade exchange between both countries.

According to Fahmy, the council and its members will be announced during the American door-knock mission whose events will kick off on Monday 1 April in Washington.

Fahmy explained that all the nominated members in the council are participating voluntarily, as 11 members are expected to be part of the council with experience in various fields. Approximately 36 companies will begin the annual mission, which will continue for five days, in order to promote investing in Egypt through meetings with several American companies.

The mission includes Tarek Tawfik, president of AmCham Egypt, and Omar Mehanna, chairperson of the Egypt-US Business Council, in addition to 36 members of the chamber, representing various economic sectors.

The 42nd mission will run a series of meetings with decision-makers and officials in various American ministries, such as commerce and foreign affairs, in addition to members from the Congress, banks, and international funding bodies including the International Monetary Fund (IMF) and the World Bank (WB).

This year’s mission coincides with the 40th anniversary of the establishment of the Egyptian-US Business Council, which played an important role in enhancing cooperation between both countries.

“This mission comes at a perfect time, given the current stability in relations between Egypt and America, which gives us a good chance to build new partnerships and call upon Americans to increase their investments in Egypt,” Tawfik said.

Furthermore, Tawfik stated that the main focus of the mission this year will be on the efforts and measures exerted by the Egyptian government in the field of economic development and reform, such as reforming the tax system and rationing energy subsidies, in addition to the success achieved in that field with certificates from the international assessment bodies such as the IMF and the WB.

Tawfik added that the mission will also shed light on the efforts of the government to fight terrorism and achieve security and stability as one of the most important requirements of investment in any country.

For his part, Mehanna said that the mission plans to relaunch the file of the free trade agreement with America this year. “America does not mind holding bilateral agreements. It is not as complex as some would think,” he added.

Mehanna pointed out that members of the mission held meetings in Egypt before the start of the mission with the prime minister and sovereign ministries to discuss the most important achievements, and future plans to be presented to the American side during the mission.

“We have many success stories to be presented to the American side, whether in the field of economic reform, or infrastructure projects established over the past years. Additionally, the advantages Egypt has as a result of being involved in free trade agreements with several international bodies and countries will also be presented,” he declared.

Additionally, Mehanna said that there are many steps that facilitate the work of the American door-knock mission, including heading the African Union, holding the Arab-European conference in Sharm El Sheikh, Egypt’s role in solving the Libyan crisis, and Egypt’s efforts in the field of illegal immigration.