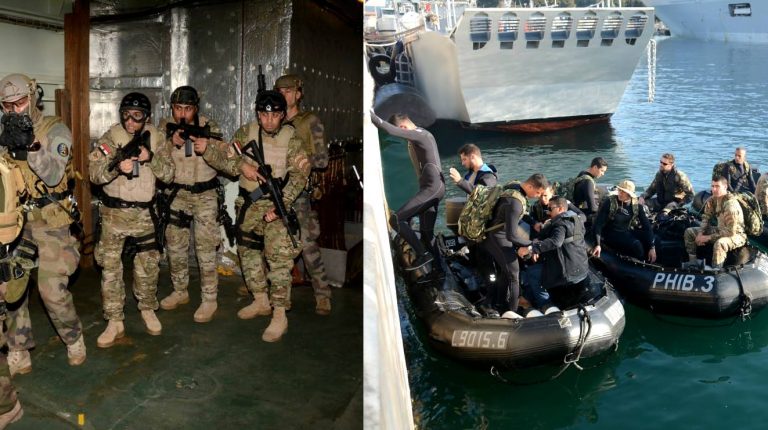 Egyptian and French naval forces on Sunday carried out the joint drills ‘Cleopatra-Japian 2019’ in France, which is considered one of the biggest joint exercises between the two countries, according to the Egyptian military.

Egyptian naval forces arrived on Sunday at the port of Toulon. The forces include the Egyptian navy amphibious assault ship called Gamal Abdel Nasser and the FREMM frigate ‘Tahya Misr.’

The drills include several activities, conferences, and events to enhance the skills of leaders and officers, as well as supporting joint efforts aiming to maintain marine security.

Meanwhile, the exercises also plan to upgrade the practical training of the young soldiers and officers and to enhance their abilities and fighting skills.

Earlier last week, Egypt’s military announced that units of the country’s naval forces headed toward France to take part in the drills. It added that a number of students from the Egyptian Naval Academy will also participate in the drills.

Earlier this month, the Egyptian armed forces and the French air and marine forces carried out joint drills aimed to enhance military cooperation between the two countries.  In July 2018, the two countries conducted joint exercises in the Red Sea. In February, they also launched the ‘Cleopatra 2018’ naval exercise to boost security in the Red and Mediterranean seas.