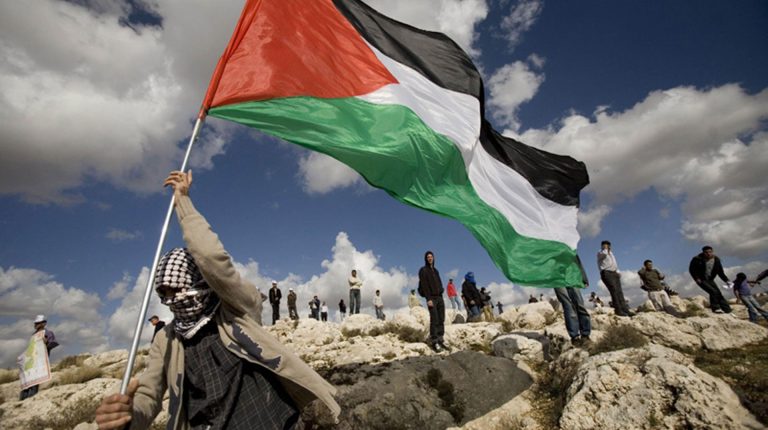 Four Palestinians were killed by Israeli forces on Saturday in the besieged Gaza Strip during the first anniversary of the weekly demonstrations called the ‘Great Return March.’

Hundreds of protesters were wounded, according to the health authorities in the strip.

Dozens of thousands of Palestinians in Gaza participated in the demonstrations close to the borders with Israel.

Israeli forces used live ammunition and tear gas to prevent protesters from reaching the border buffer, while protesters responded by throwing stones and Molotov cocktails against the Israeli soldiers.

Furthermore, Israeli forces announced that five rockets were launched from Gaza late on Saturday toward Israeli towns. Hamas movement, the real drive of the demonstrations is ruling Gaza since 2007.

Over 220 Palestinians were killed in Gaza since the beginning of the weekly demonstrations, while thousands were injured, according to the Palestinian Ministry of Health.

Escalation has been renewed in the besieged Strip last week, following hours of the fragile ceasefire, as Israeli forces bombed Gaza on Tuesday night and early Wednesday morning, after Palestinians fired a rocket from Gaza into Israel.

On Monday, a Palestinian rocket hit a house in the farming community of Mishmeret, northern Tel Aviv, wounding seven Israeli people. The Israeli forces responded with air strikes against Gaza.

Since March 2018, Palestinians have been organising demonstrations called the ‘Great Return March,’ calling for Palestinians’ right to return to their homes that were occupied by Israelis after the 1948 war.