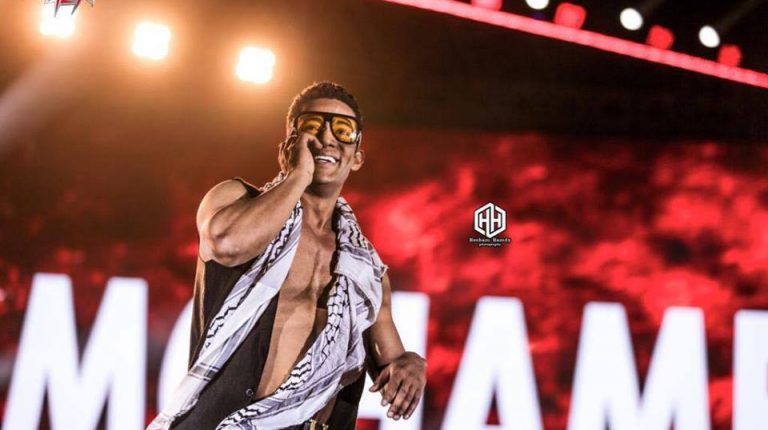 An Egyptian lawyer filed a complaint to the head of Musicians’ Syndicate, Hany Shaker, requesting opening an investigation into the concert performed by popular artist Mohamed Ramadan in his first musical show, which was held last weekend at the Fifth Settlement.

The complaint states that Ramadan’s performance had sexual implications, and his movements are considered publicly indecent, and he should undergo the syndicate’s disciplinary rules just like several other artists who were suspended or paid pensions for breaking the rules.

The controversy follows the young artist in his concerts, just like his films and series.

The lawyer added that Ramadan caused a widespread anger among Egyptians by getting on stage riding his fancy car, and singing half naked while performing ‘pornographic movements.’

He further asked for the reasons the syndicate did not take any serious actions regarding Ramadan’s concert so far, requesting a public statement of whether Ramadan was given the permit to sing in the first place.

The concert, dubbed ‘the best concert in Egypt’ was Ramadan’s first, in which he sang his extremely popular songs which all evolve around him being the best, strongest, and most talented artist in the region.

Despite constantly being accused of being a bad influence that presents the underprivileged areas in Egypt and supports thuggery, Ramadan has a huge fan base in Egypt as he allegedly speaks the language of the masses, and their normal life attitudes.