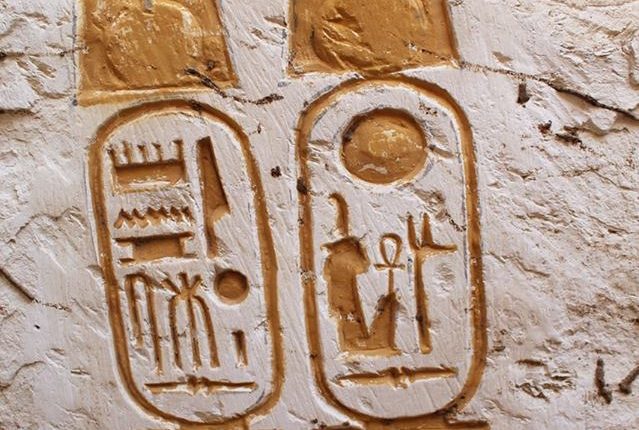 Centuries after building temples, burial chambers, and palaces that commemorate the pharaohs who once lived and died there, the remains of those buildings are what form the details of history and survive in modern days. The ministry of antiquities announced the discovery of an ancient palace belongs to Ramses II, which was attached to his temple in Abydos, Sohag. 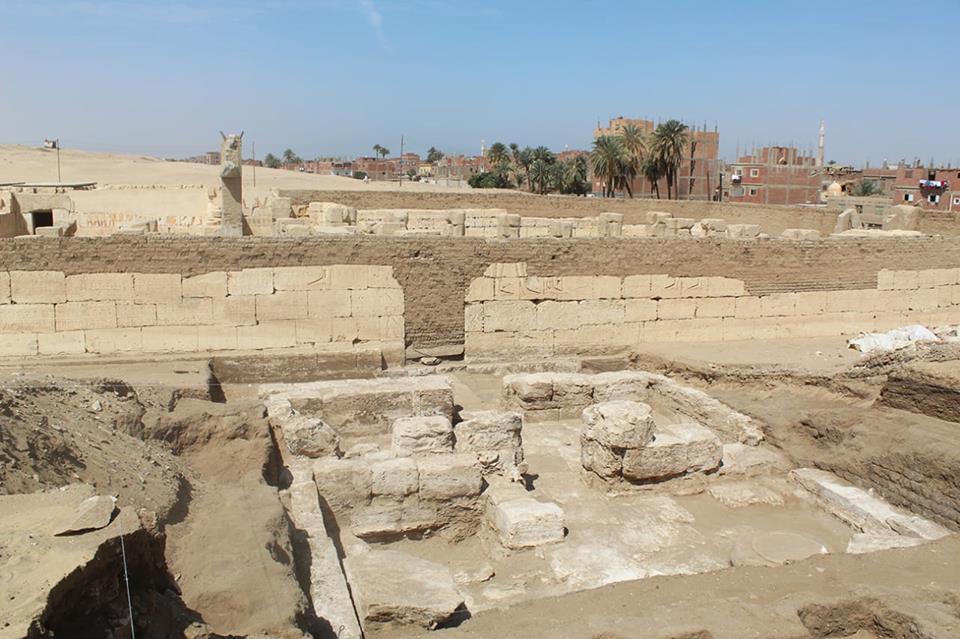 The discovery was made by researchers from the New York University that was on excavation mission to study the temple area in order to know more about its architectural design.

Secretary General of the Supreme Council of Antiquities (SCA), Mostafa Waziri, stated in a press release, that the discovery “changes the map of the temple [as we know it] since its discovery 160 years ago.”

He added that the unearthed palace is highly important as it also adds a new aspect into the knowledge people have about architecture, and shapes of the temples and their attached parts at the Ramesside period.

The location and layout of Ramses II’s palace is positioned parallel to the temple of Ramses II’s father Seti I in Abydos some 300 metres to the south.

The 19th dynasty king is known for having some of the largest, most detailed giant granite statues depicting several aspects of his life.

Ashmawy further explained the details of the discovery, saying that the temple’s second hall has a sandstone column base and lintels with inscriptions of the king. The mission also accidentally discovered that mud bricks with remains of star decorations which were used to speck the ceiling of the palace. 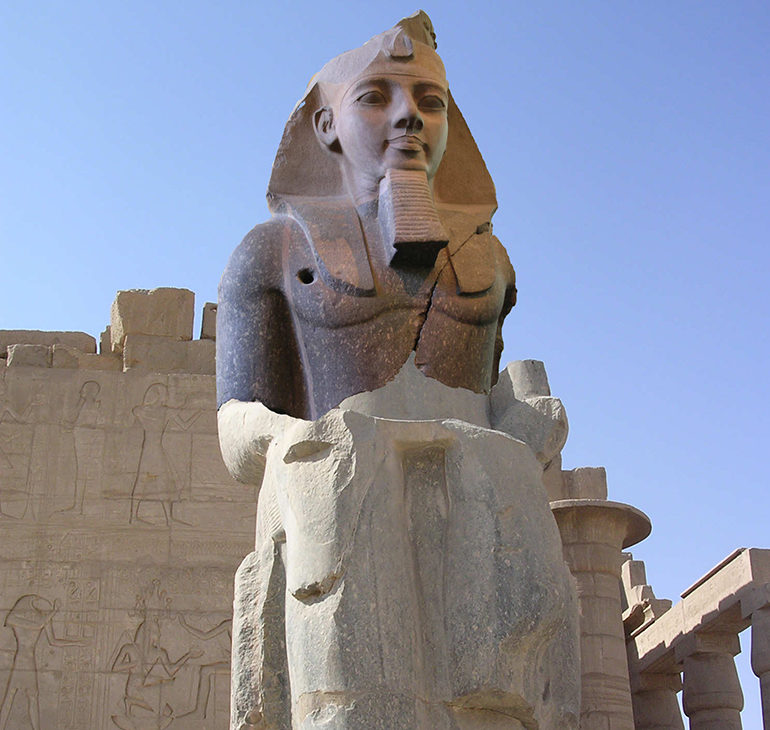 The mission was headed by professor Sameh Iskander who explained the details of the discovery.

“While the mission was excavating the south part of the temple, we stumbled upon a brick stone walkway that led us into a building for the first time with Ramses II inscriptions on its walls,” Iskander recounted.

Furthermore, Iskander added that among the rarest discovered elements were the first few stones of establishing the temple which were carved on the royal cartouches of the young king.

He further explained, according to the press release, that the cartouches appear on all four corners of the temple, showing Ramses II’s important days in golden colour. The inscriptions include the days on which he was born and the day of his coronation.

Ashmawy also told state-owned media outlet, Ahram Online, that the cartouches are surmounted with double feathers with a sun disk in between, and beneath them there is a decorative gold sign.

Ramses II’s most giant statue was transferred at the beginning of 2018 to the Grand Egyptian Museum to settle in its atrium, where it is going to be permanently showcased. The colossus is the first statue to be displayed at the museum. It was already being preserved at another location in the museum since its transfer from its namesake Ramses Square in 2006.