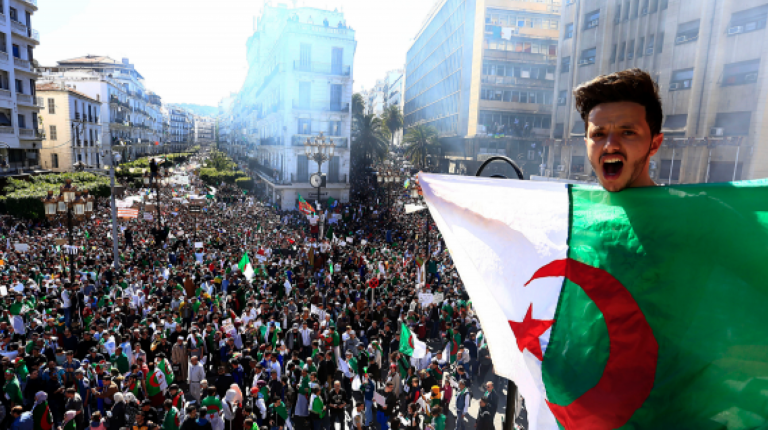 Algerian President Abdelaziz Bouteflika is reportedly preparing to announce his resignation soon, more than a month after furious demonstrations swept the country calling for his removal from power, according to privately owned Algerian TV network Ennahar TV.

Meanwhile, the 82-year-old Bouteflika announced a major cabinet reshuffle, removing 21 of the country’s 27 ministers, according to the national Algerian television. The government will be headed by the recently appointed Prime Minister, Noureddine Bedoui.

The armed forces Chief, Ahmed Gaid Salah, remained as a deputy defence minister in the new cabinet, the same general who recently called Bouteflika to step down.

Bouteflika, who has been president since 1999, appointed Bedoui earlier this month after he announced he would withdraw from the race and cancelled the presidential elections in response to protesters’ demands.

The Algerian President, who has rarely been seen in public since suffering from a stroke in 2013, was faced by angry mass demonstrations after he announced that he would seek a fifth term in power earlier last February.

Last week, General Salah turned against Bouteflika and declared that the Algerian President is “unfit” to rule. The general, once close to the president, called for the use of Article 102 which allows the Constitutional Council to declare the post of the president to be vacant if the leader is proved unfit to rule.

Over the last six weeks, millions of Algerians have been holding regular mass demonstrations calling for the removal of the Algerian President. Some activists seemed to be not excited over General Salah’s declaration, as they suspect that the army chief might be orchestrating an army coup against Bouteflika to control the protests and replace the president with another similar face from the regime.

However, other protesters called for applying Article 102. During the uprising, Algerian police used fire with tear gas and rubber bullets against angry protesters.