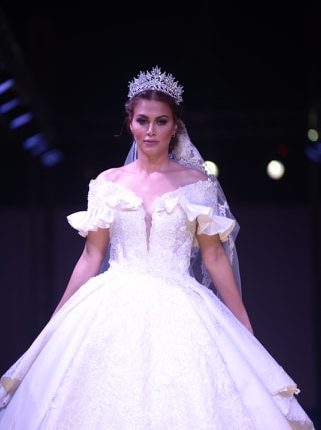 For the third year in a row, a combination of fashion experts from around the region came together for a glamorous day. From the Levant all the way to Morocco, they all fluently parleyed with fabrics and embroidery. In order to truly celebrate the warmer season ahead, the Middle East Fashion Festival (MEFF) brought a number of designers and aficionados to the charming coastline of Hurghada. 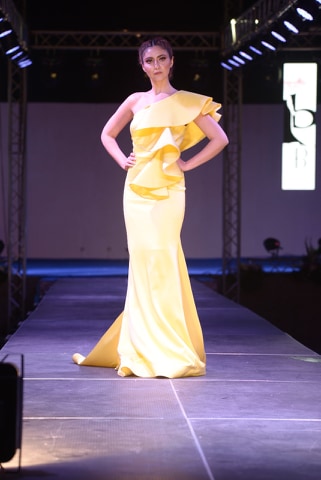 Hosted by City Gate M65, the event featured a bazaar area which offered a variety of merchandise as luxurious as diamonds and gold. Meanwhile, an elevated runway promised a glittering night ahead. On the other hand, a mixture of local and foreign fashion experts flocked toward their seats on either side of the runway.

After much anticipation, the show started with a number of speeches and honours before the models started strutting down the runway. Tunisian-Egyptian designer, Sarah Tayel inaugurated the show with a myriad of dreamy couture dresses. Between silver and canary yellow, the dresses agreed on trailing details and hints of illuminating embellishments. The show later proceeded to reveal the rest of the rainbow. The summer collection hopped from fuchsia to aqua blue and coral. Furthermore, it also included navy blue and black.

The designer’s preference of light fabrics such as chiffon and lycra helped her to deliver fairytale charm. One of the most memorable looks was a detailed black jumpsuit trailed by a beaded chiffon cape.

Tayel’s bridal models paved the way to Brand House’s collection of sophisticated and untraditional menswear. Designed by Hassan El Mansy, the collection experimented with rich fabrics such as velvet, combined with subtle details such as double chains and stacked brooches.

With that said, El Mansy was also quite keen on breaking the borders of traditional cuts. Designed to fit like a glove, the suits varied between monochrome three pieces to those that blurred the lines between blazers and tailcoats.

Syrian designer Omar Mahfouz followed with his couture brand, Joudi Bella. His opening look was nothing less than a maximalist silver dress with feather trimmings. Bella’s collection was both intricate and constantly over the top. Therefore, it was no surprise that his brides were as lavish as queens. Precise busts, oversized skirts, hand-embroidered sequins and extra-long trails composed his winning formula. 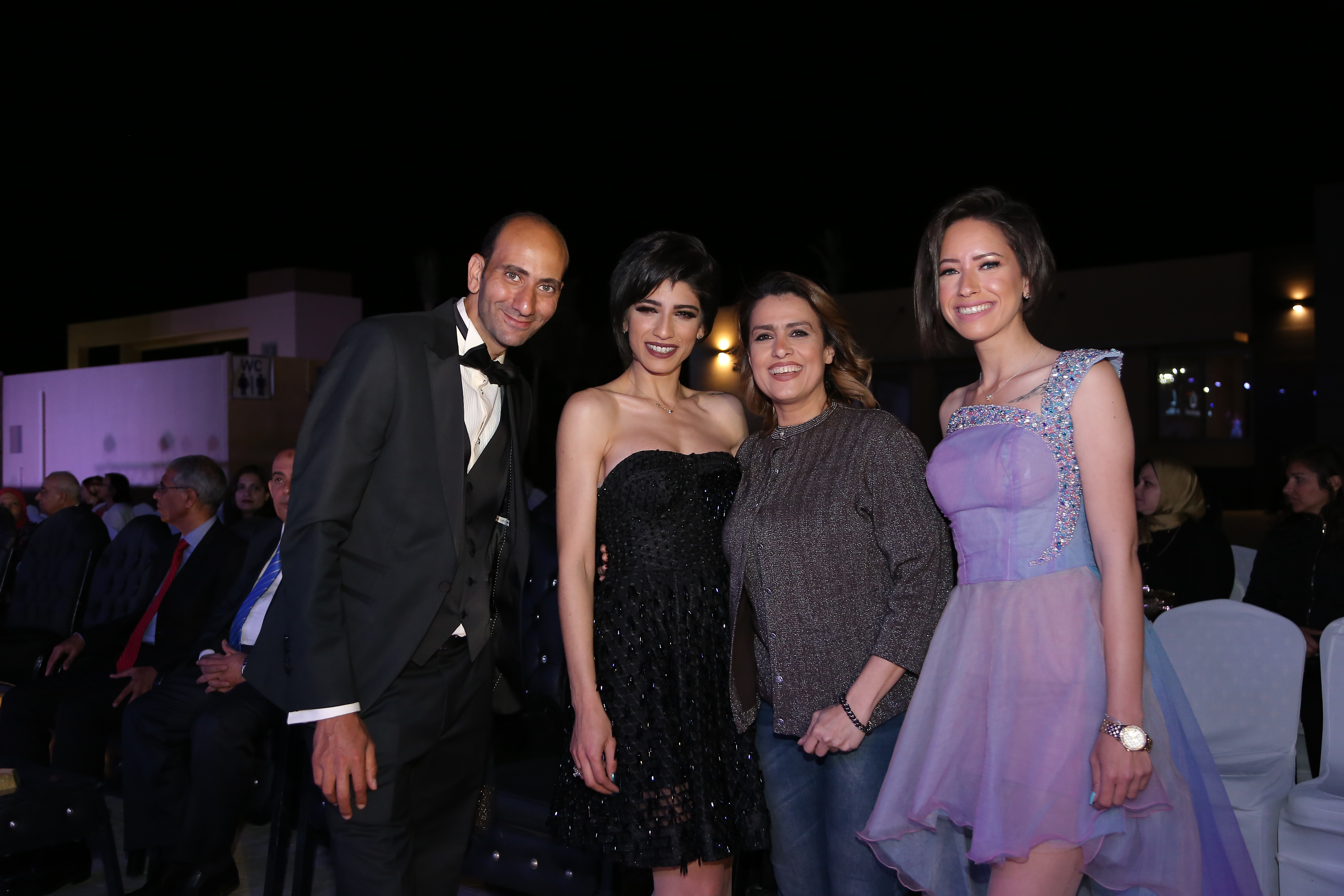 Finally, Agista took control of the runway with a distinct collection. Starting with swimwear then proceeding all the way to the eveningwear category, the designer was after elegance. For her beach looks, Agista designed retro swimsuits, which she chose to compliment with tulle cover-ups. One of the most memorable looks featured a white one-piece swimsuit paired with a flattering cover-up, which cultivated true Marilyn Monroe vibes.

As for the cocktail collection, it varied between playful short dresses with swaying fringes and dazzling options with a dash of bling. At last, the evening collection included swooping dresses with magical silhouettes fit for a true Cinderella.

Unfortunately, an unexpected change of weather brought an abrupt end to the amusing night. Due to the hostile wind and sand, the show was prematurely stopped.

‘Sandbox’ jewellery brand with many stories to unfold