When Virgil Abloh decided to base his latest menswear collection on Michael Jackson in January, he intended for his nostalgic source of inspiration to address a large segment of young costumers. Much like his generation, Abloh was fascinated by Jackson’s legacy. Accordingly, he captured the signer’s most iconic moments through his work for the Louis Vuitton fall 2019 collection. 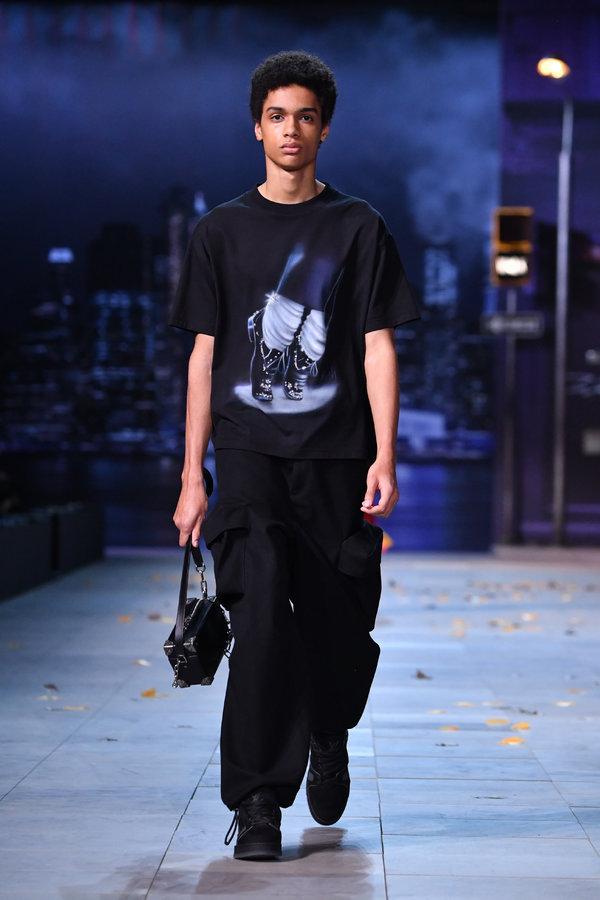 The collection included loafers with white socks, encrusted graphic t-shirts and sequined gloves. Meanwhile, his show was choreographed to resemble one of MJ’s video clips.

Nevertheless, after receiving tremendous acclaim from critics and fans, the designer’s luck turned around when the new documentary Finding Neverland became the hottest new trend. The HBO documentary features the real stories of men, who shared an intimate relationship with the pop star during their childhood. According to their testimonies, their interaction with MJ surpassed average fan-idol encounters to include sexual abuse.

Due to the sex allegations targeted at the late singer, Abloh and Louis Vuitton were compelled to cancel all the pieces directly inspired by the singer from the collection by not sending them into production.

“I am aware that in light of this documentary the show has caused emotional reactions. I strictly condemn any form of child abuse, violence, or infringement against any human rights,” Abloh told Women’s Wear Daily.

“My intention for this show was to refer to Michael Jackson as a pop culture artist. It referred only to his public life that we all know and to his legacy that has influenced a whole generation of artists and designers,” Abloh asserted.

On the other hand, the brand has highlighted the fact that the team was unaware of the allegations and the documentary, when they launched the collection. “We find the allegations in the documentary deeply troubling and disturbing,” the brand’s CEO, Michael Burke, said, adding, “child safety and welfare is of utmost importance to Louis Vuitton. We are fully committed to advocating this cause.”