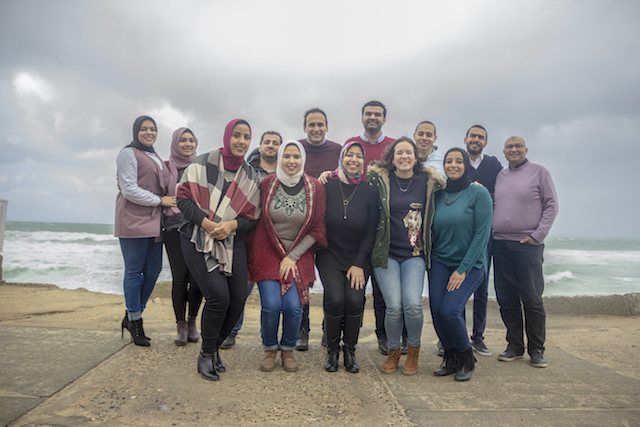 Brimore​, the direct-selling distribution platform that connects manufacturers with consumers, announced on Tuesday that it has raised $800k in a seed funding round co-led by Algebra Ventures and Endure Capital, with participation from Flat6labs, 500 Startups, and angel investors.

The technology-powered platform allows manufacturers’ direct access to local communities who can both promote and consume their products.

Hence, creating significant efficiencies for local manufacturers by dramatically optimising their branding and distribution costs, providing them with better demand visibility, and allowing them to improve utilisation.

moving a high volume of products seamlessly and efficiently.

The platform was founded in 2017 by Mohamed Abdulaziz, Ahmed Sheikha, and Mahmoud Refaay, a team with extensive domain experience in fast-moving consumer goods (FMCGs), direct selling, and distribution management.

“Many local manufacturers and products have suffered and died because of inefficient and expensive distribution networks that are better suited to big multinationals,” said Abdulaziz, the CEO and co-founder of Brimore.

He added that they are leveraging the power of people and their social networks to solve the problem of market access for SMEs in Egypt and disrupt the traditional distribution model through merging sales, marketing, and distribution in one transaction.

Furthermore, Sheikha, the platform’s CBO and co-founder, explained that 92% of the distributors on the platform are women who want high-value jobs and the option to work from home.

“We are on a mission to support our distributors through economic empowerment and continuous training opportunities. We started in Egypt, but we are aiming to grow in other emerging markets, particularly in Africa,” he added.

On the other hand, Tarek Assaad, Algebra Ventures’ managing partner, said he believes the company will change how small and medium manufacturers think about selling goods to the large base of Egyptian consumers.

Tarek Fahim, Endure Capital’s managing partner, said: “At a time when all major FMCGs are ‘buy one, get one free’ companies, distribution simply wins.”

While Hasan Haider, partner at 500 Startups, said that Brimore is solving a problem in many emerging markets, which is how to get products to reach a wider base and fix broken distribution channels.

Brimore was part of the Flat6labs accelerator until December and is the first start up to secure an investment before demo day.  “Flat6Labs Cairo has been one of the first believers in Brimore,” said Ramez El Serafy, CEO of Flat6Labs.