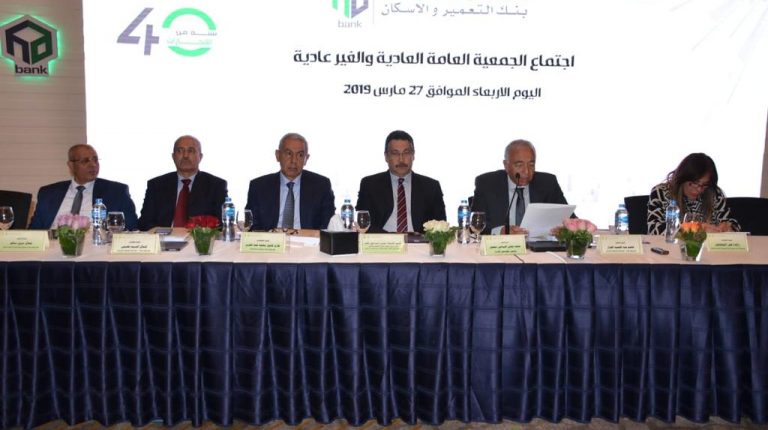 The HDB held last week its regular and irregular general assembly meeting for the fiscal year ending in December 2018, as all the items in the agenda of the assembly were approved, and the report of the activity of the bank by the board of directors and its financial position in 2018 was also passed.

According to the bank, the capital adequacy ratio is 21.01%, in the light of the optimal application of credit policies and the absence of any dangerous assets in the bank’s investment portfolio.

Despite the challenges and difficulties which the Egyptian economy faced, the bank has managed to reach achievements at the level of the volume of its activities and presence, while maintaining acceptable risks, according to the bank.

It noted that the net profits from the bank’s housing activities for 2018 reached only 19%, which stresses the bank’s interest in the banking side to become one of the largest 10 banks according to the bank’s future strategy.

According to the bank, the administrative expenses amounted to EGP 1.41bn in 2018, compared to EGP 1.07bn in 2017, with a 32% increase, as a result of the increase activity of the bank and opening new branches, in addition to increasing promotional campaigns and donations.

“The bank’s administration stresses that the positive results of the bank reflect the efficiency and flexibility of the executive policies and measures that helped the bank develop its operations, overcome crises, face competition strongly in the market, and benefit from available opportunities,” according to the bank.

He pointed out that the bank’s branch network reached 84 branches, aimed to increase to 100 over the upcoming period with the aim of achieving better geographical coverage for all clients to meet their needs.

The bank added that it will continue to support the activity of real estate funding as leader in the field of housing projects. The bank also aims to provide integrated solutions through subsidiaries and sister companies whose activities integrate with the bank’s activity in the banking and real estate field.

The bank aims to achieve the goals of its future strategy to continue growth in all indexes, relying on increasing its share in the banking field.