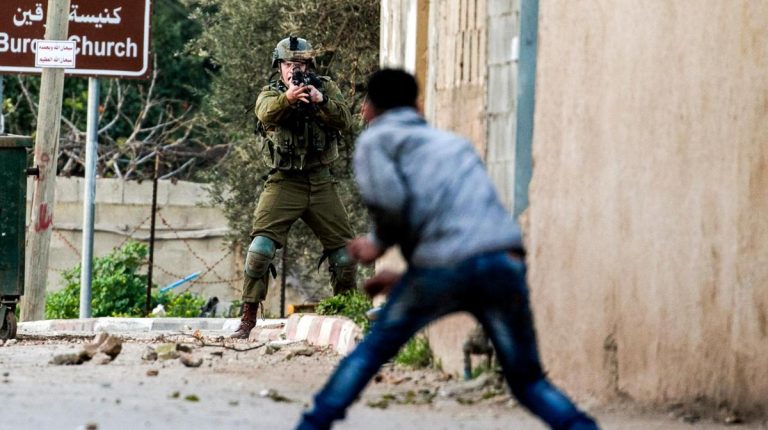 A Palestinian was killed and three others were wounded by the Israeli forces on Tuesday, according to the Palestinian Health Ministry.

Mohammad Dar Adwan, 23, was killed in an overnight Israeli raid on the Qalandia refugee camp, located north of Jerusalem.

Israeli forces opened fire against local residents who protested the raid and arrested a number of them, Palestinian news agency WAFA reported.

Earlier this week, Israeli forces killed four Palestinians including three teens and wounded dozens of others as tens of thousands of protesters gathered in the Gaza Strip to mark the anniversary of their mass protests which started last year.

In response, the Palestinian Foreign Ministry denounced the killing of Adwan and the injuring of others, accusing Israel of “drowning the Palestinian arena in blood.” The ministry called on the International Criminal Court to open a formal probe into this crime and other crimes and hold those responsible accountable.

In March 2018, more than 40,000 Palestinians took to the streets in Gaza and the West Bank to protest relocating the US embassy from Tel Aviv to Jerusalem, which they consider the capital of their future independent state and marked the 70th anniversary of Nakba Day. Israeli forces killed and injured dozens of protesters during the demonstrations.