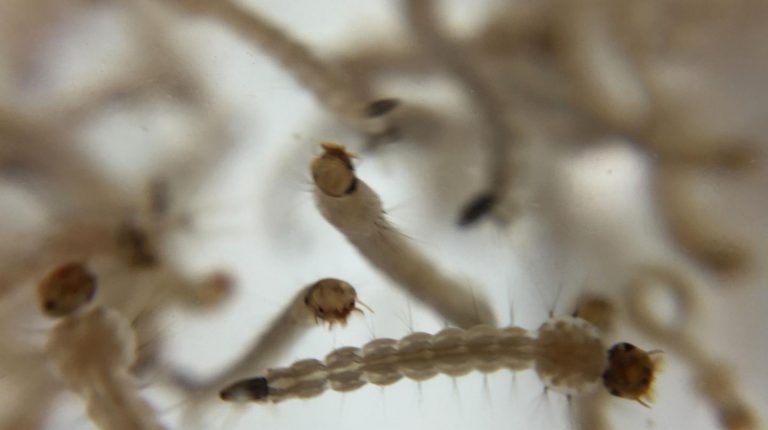 More than a billion people may be exposed to the danger of being bitten by the two most common disease-carrying mosquitoes – Aedes aegypti and Aedes albopictus – by the end of this century because of global warming. These finds came from a recent study which addressed the monthly changes in temperature and its relationship to tropical diseases, such as dengue fever, chikungunya, and Zika across the globe.

In a study published last week in the journal PLOS Neglected Tropical Diseases, the research team, led by Sadie J. Ryan, a professor of medical geography at the University of Florida, studied the possible outcomes of the adaptation of the Aedes aegypti and Aedes albopictus with temperature changes throughout the ages.

According to the World Health Organisation (WHO), mosquitoes are one of the deadliest animals in the world. Their ability to carry and spread disease to humans causes millions of deaths every year. In 2015 malaria alone caused 438,000 deaths.

The worldwide incidence of dengue has risen 30-fold in the past 30 years, and more countries are reporting their first outbreaks of the disease. Zika, dengue, chikungunya, and yellow fever are all transmitted to humans by the Aedes aegypti mosquito, the WHO said. 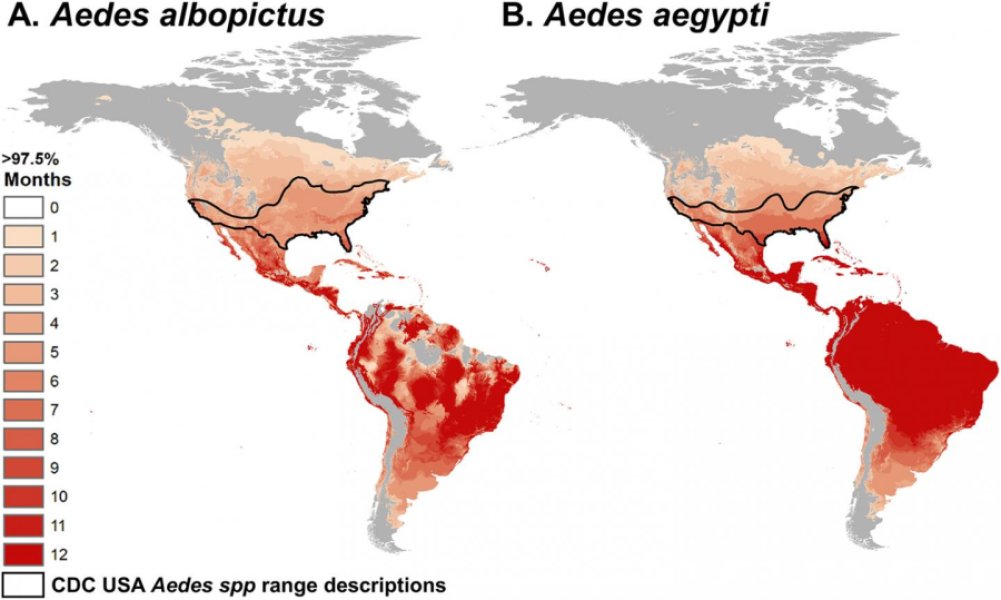 This study is part of a long-term project with all the co-authors, in which they are looking at multiple vector borne diseases and their responses to climate in this context of nonlinear responses and eco-physiological modelling.

The mapping and risk estimation component has become highlighted over the past couple of years, as the world’s attention to climate-health connections in climate change is being raised, and the spectre of novel vector borne disease outbreaks, such as Zika, drew attention to the globalised nature of these issues.

Ryan of the University of Florida explained the conclusions of the study and why it is very important, saying that in this study, she and her colleagues are projecting the potential human risk of exposure to transmission conditions for diseases spread by the aforementioned two mosquito vectors.

“We are just beginning to discover and understand, the Aedes aegypti or yellow fever mosquito, which transmits dengue, yellow fever, chikungunya, Zika virus, and possibly a number of emerging viral diseases, and the Aedes albopictus mosquito, also known as the Asian Tiger Mosquito (in the USA), which also serves as a vector for arboviral diseases. We find that nearly half a billion people will be newly at risk of potential transmission by 2050, and nearly a billion by 2080, however, where those people will be is also important to know.” she told Daily News Egypt.

The researcher further explained that having a tool that can give us geospatial information on where and when this risk will move to, both newly, and by changing seasonality, under climate change futures, gives us a means to plan for interventions, identify potentially vulnerable populations, and set up surveillance ahead of time.

Notably, by projecting this risk using multiple climate models of future potential change outcomes – both emissions pathways, and global circulation models proposed by different climatological centres – the researchers can also understand the range of potential outcomes, and assess what may occur with different levels of mitigation, or lack thereof.

Global health security is one of the biggest issues which humanity is facing with climate change, and mosquito-borne disease is just one facet of the climate-driven vulnerabilities we need to anticipate. Such geospatial model tools provide us with the capacity to discuss and prepare for these threats, according to the paper.

Regarding the methods that the researchers have used to reach these results, and how do we know that climate change is the main cause for mosquito-borne virus transmission, Ryan said that the response of mosquito-borne disease to temperature is nonlinear – this is rooted in the principles of ecophysiology and thermal biology.

“As temperatures increase, up to a certain point, so does the pace of biting, growing, reproducing, and pathogen replication, however there is an optimal temperature, beyond which, transmission declines quite rapidly,” Ryan noted. This means that there is essentially a ‘sweet spot’ of temperature in which mosquito-borne diseases transmit best, and therefore it is this sweet spot which will move across the landscape as temperature does.

Therefore, under projections of climate change, in terms of global warming, the study estimates that will see increases in the risk – both in intensity, and in season length – but beyond certain boundaries of temperature, this will decrease. In some places, it will become warm enough to support transmission – these are the newly exposed areas. In other places, it may become too warm for transmission, and we will see declining risk.

“The methods we used were to empirically parameterise life-history specific temperature-dependent models of arboviral transmission in these two key mosquito vectors, and then project these onto global gridded datasets of monthly temperature in scenarios of current and future climate. We then intersected this with human population density maps for the globe to understand how many people are at how much risk and where, both now and in the future,” the researcher told DNE.

Regarding the most affected regions, Rayan said that in the worst-case (business as usual) scenario, by 2080, Western and Eastern Europe will have the highest (and second highest) population numbers exposed for the first time to suitable transmission climates (1 or more months).

She added that depending on the mosquito species, we see sub-Saharan East Africa and Central Europe being the 3rd and 4th ranked for regional increases. The poleward expansion of suitable climates means that places we currently do not associate with tropical diseases will become the sentinels for surveillance for novel outbreaks.

According to Rayan, the research team does not know if climate change is the key cause for mosquito-borne disease transmission, instead they know that it permits areas to become suitable or change in seasonal suitability for disease transmission. Humans are very good at moving both the mosquitoes and their pathogens around the globe, meaning that introduction of either or both into suitable environments is something that occurs, she added.

“Therefore, it is important that we can understand what the current suitable areas for this type of introduction and establishment, and how that will change in the future with climate change. This allows us to anticipate potential areas and populations at risk and plan for those climate-induced vulnerabilities,” Rayan said.

Rayan added that she and her team are currently continuing work on this topic, looking at additional Aedes-transmitted diseases as well as other vector-borne disease systems, and how they will respond to climate change. Understand and disentangling the temperature dependent patterns for additional vector-pathogen pairings will give us a broader view of how risks will shift and change over the coming decades.

“I think a key point that goes beyond this study is that climate change is one of the biggest threats to global public health. Arboviral disease is simply one type of vulnerability that people will face under a changing climate, and having the type of tools, such as geospatial model projection and population risk estimates – which enables policy makers to anticipate the potential threats and intersect these with other threats like other climate-driven diseases, climate-induced human migration patterns, and water and food scarcity – is important, perhaps essential, as we face enormous decisions about climate action and mitigation,” Rayan concluded.