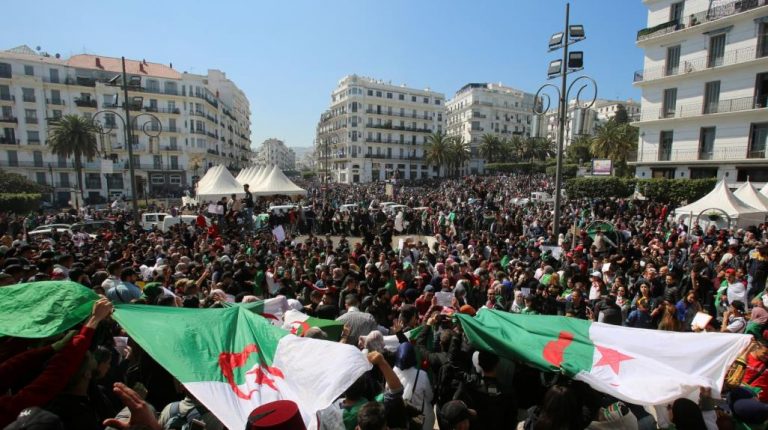 Algeria’s Constitutional Council approved, on Wednesday, the vacancy of the post of the president in accordance with article 102 of the Constitution.

Thousands of Algerians celebrated in the streets following the announcement of the Algerian President Abdelaziz Bouteflika’s resignation on Tuesday night, after the call of the Algerian army’s Chief of Staff, Ahmed Gaid Salah’s demand.

Bouteflika has resigned after spending nearly 20 years in power, under the pressure of the Algerian street. Saleh called on Tuesday for applying the constitution and overthrowing the president as he is not capable to perform his missions.

The resignation came about an hour after Saleh’s call for the immediate implementation of articles 7, 8 and 102 in the Constitution, including the article about the vacancy of the president’s post.

Saleh’s statement also criticised what he called the ruling oligarchy on the “formation of enormous wealth by illegal means and in a short time, using its proximity to some of the suspicious decision makers.”

According to the Algerian Constitution, the 77-year-old President of the National Assembly, Abdelkader Ben Saleh, will succeed Bouteflika as acting president for a maximum of 90 days during which presidential elections should be held.

“The Algerian people have shown in recent weeks, through continuous, dignified and peaceful mobilisation, that they are determined to make their voices heard,” Le Drian said in a statement.

A spokesperson for the US Department of State said that the Algerian people will determine the way to manage the transition, and “Algeria’s future was determined by its people.”

In February, thousands of Algerians demonstrated in several cities against the announcement that Bouteflika will run the coming presidential elections seeking fifth presidential term.

The protesters condemned Bouteflika’s bid for fifth term chanting pro-democracy and saying “no fifth mandate” “no Bouteflika” while waving the Algerian flag. The Algerian uprising has no leaders so far and the opposition did not agree on one stance or candidate.