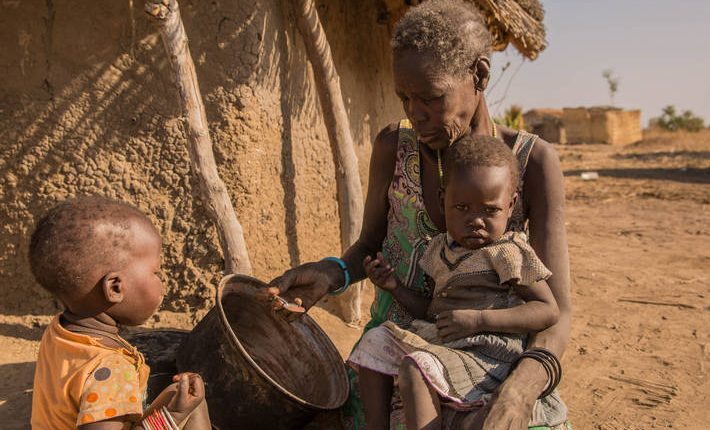 More than 113 million people in 53 countries experienced acute food insecurity in 2018, compared to 124 million in 2017 because of conflict and insecurity, climate shocks and economic turbulence, according to a recent report from the Food and Agriculture Organisation of the United Nations (FAO). 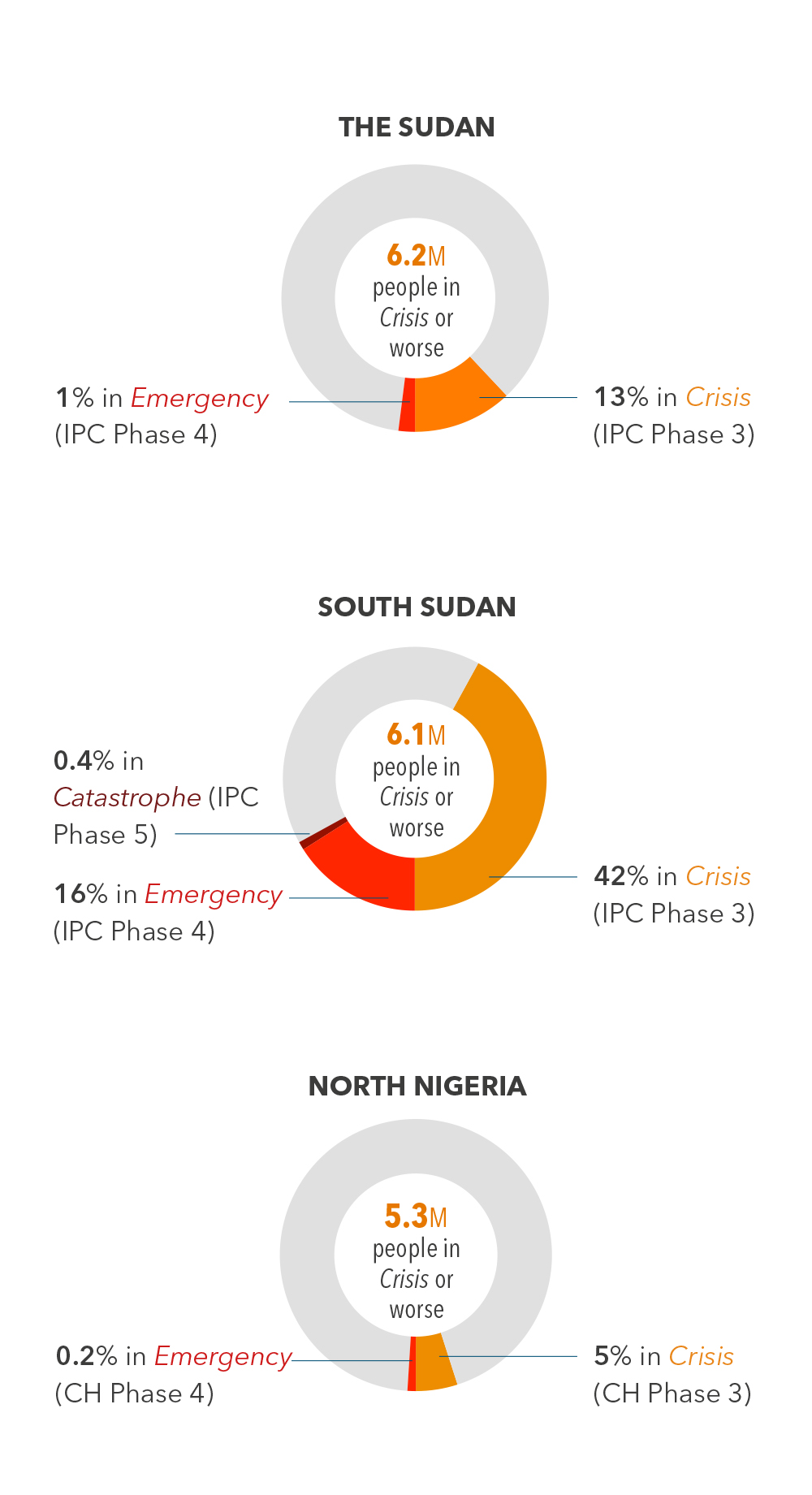 The FAO issued the report on Tuesday jointly with the European Union, and the UN World Food Programme (WFP).

The report pointed out that nearly two-thirds of those facing acute hunger are in just eight countries. The worst food crises in 2018 were, in order of severity, in Yemen, the Democratic Republic of the Congo, Afghanistan, Ethiopia, the Syrian Arab Republic, the Sudan, South Sudan and northern Nigeria.

These eight countries accounted for two thirds of the total number of people facing acute food insecurity – amounting to nearly 72 million people. In 17 countries, acute hunger either remained the same or increased.

Climate and natural disasters pushed another 29 million people into acute food insecurity in 2018. And 13 countries – including North Korea and Venezuela – are not in the analysis because of data gaps.

Despite the slight decrease, over the past three years, the report has consistently shown that, year on year, more than 100 million people (2016, 2017 and 2018) have faced periods of acute hunger.

Moreover, an additional 143 million people in another 42 countries are just one step away from facing acute hunger.

High levels of acute and chronic malnutrition in children living in emergency conditions remained of grave concern. The immediate drivers of undernutrition include poor dietary intake and disease. Mothers and caregivers often face challenges in providing children with the key micronutrients they need at critical growth periods in food crises, the report illustrated.

“Food insecurity remains a global challenge. That’s why, from 2014 to 2020, the EU will have provided nearly €9bn for initiatives on food and nutrition security and sustainable agriculture in over 60 countries,” said the European Commissioner for International Cooperation and Development, Neven Mimica. 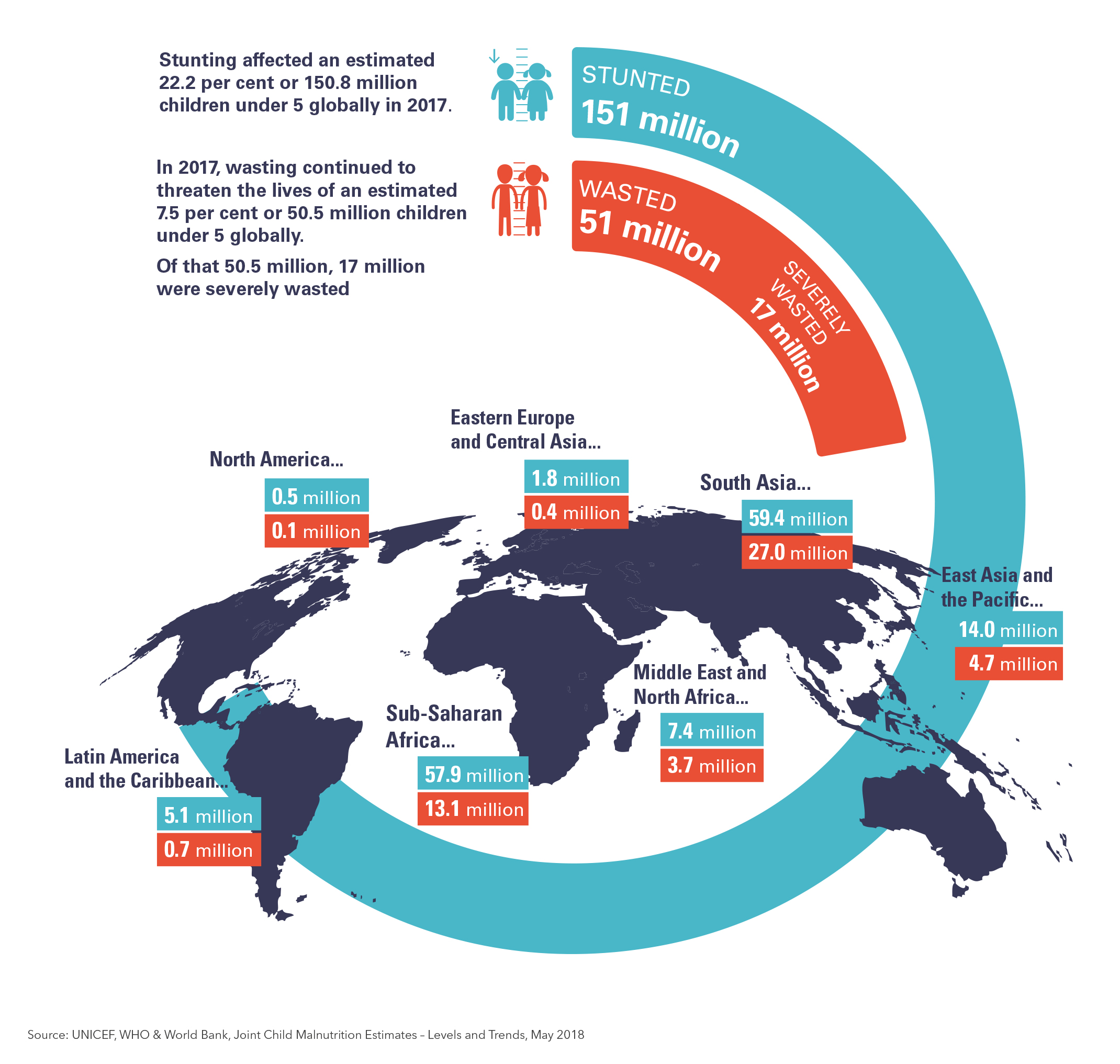 She added that today’s Global Report highlights the need for a strengthened cooperation between humanitarian, development and peace actors to reverse and prevent food crises, noting that a stronger Global Network can help deliver change on the ground for the people who really need it.

Noteworthy, the main report mentioned that there are main four drivers of the food crisis.

Conflict and insecurity remain the primary drivers of food security crises. The report warns that conflicts in some countries and local insecurity and intercommunal violence in others will continue to disrupt agricultural production and markets and deprive households of their livelihood assets, accentuating their use of negative coping strategies and deepening their vulnerability to shocks.

The report estimates that conflicts and insecurity will contribute toward increasing displacement, internally or towards neighbouring countries, or will ensure people remain displaced for longer periods, which will aggravate -in most cases- the food insecurity of those fleeing as well as the host communities.

The FAO and its partners predict that weather shocks and extreme climate events will have a severe impact on agricultural and livestock production in several regions, including those already confronting food crises.

For instance, in the Southern Africa region, dry weather has already reduced prospects for the 2019 agricultural output, while the massive destruction of livestock, livelihoods and planted crops following tropical Cyclone Idai in March 2019 will further exacerbate food insecurity in Mozambique, Malawi and Zimbabwe.

The report predicts that in 2019, local insecurity, or political volatility as a result of conflicts, will continue to undermine the food security status of vulnerable households in the Democratic Republic of the Congo, Libya, South Sudan, the Sudan, the Syrian Arab Republic, Venezuela, Yemen and Zimbabwe.

The food security status of the poorest households reveals that it is likely to be the most affected by rising prices of food, fuel, medicines and other essential items, and lack of work opportunities that also weaken the ability of farmers and smallholders to invest in inputs needed to increase crop yields or to build their resilience to shocks.

Another key cause of food insecurity in the world is the disease outbreaks. The report revealed that in Yemen, the Central African Republic, the Democratic Republic of the Congo, Lake Chad Basin and Cameroon’s Anglophone regions protracted or increased conflict is expected to further hinder access to health and nutrition services.

Cholera and measles outbreaks are expected to persist in 2019 in many conflict and displacement affected countries and to potentially rise in settings with poor sanitation infrastructure, contamination of drinking water and lack of health services.

For his part, Christos Stylianides, the EU Commissioner for Humanitarian Aid and Crisis Management, said that “food crises continue to be a global challenge, which requires our joint efforts. The EU continues to step up its humanitarian efforts.”

He added that over the last three years, the EU allocated the biggest humanitarian food and nutrition assistance budget ever, with nearly €2bn overall, adding that “food crises are becoming more acute and complex and we need innovative ways to tackle and prevent them from happening. The Global Report provides a basis to formulate the next steps of the Global Network by improving our coordination mechanisms.”

“It is clear from the Global Report that despite a slight drop in 2018 in the number of people experiencing acute food insecurity – the most extreme form of hunger – the figure is still far too high,” said the FAO Director-General, José Graziano da Silva.

Graziano da Silva added that “we must act at scale across the humanitarian-development-peace nexus to build the resilience of affected and vulnerable populations. To save lives, we also have to save livelihoods,”

David Beasley, the WFP’s executive director, said that “to truly end hunger, we must attack the root causes: conflict, instability, the impact of climate shocks. Boys and girls need to be well-nourished and educated, women need to be truly empowered, rural infrastructure must be strengthened in order to meet that Zero Hunger goal.”

He believes that programmes that make a community resilient and more stable will also reduce the number of hungry people. “One thing we need world leaders to do as well: step up to the plate and help solve these conflicts, right now.”