The week of accidental discoveries that came to reveal details of previous eras is not over yet. The Ministry of Antiquities announced discovering a limestone sarcophagus containing two mummies in Quweisna quarries in Menoufiya.

The discovery was unearthed through the excavation work of an Egyptian mission, headed by Moustafa Waziri, the secretary-general of the Supreme Council of Antiquities. The mummies were found in a bad condition, with one covering the other at the sarcophagus. 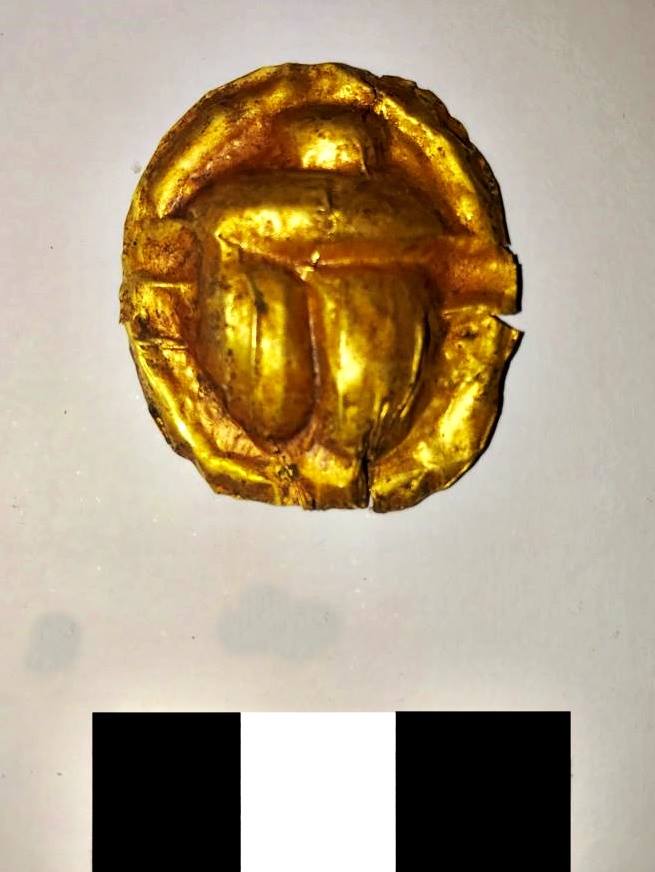 The mission accidentally stumbled upon the sarcophagus while they were digging at the northeast side of the archaeological site. Waziri stated in a press release that the sarcophagus is two metres long and 60cm in width and in a good condition, despite the status of the mummies inside of it.

Gilded coins and fragments were also found inside the sarcophagus covering the top mummy. The whole discovery was sent to be restored in Kafr El-Sheikh’s storage gallery.

The two mummies were not discovered until the tomb reached the restoration lab, and found that one is covering the other. Both the mummies and sarcophagus are currently under renovation by the experts who are taking precautions for the antiquities to be fully restored.

Moreover, Ayman Ashmawy, the head of the Ancient Egyptian Antiquities Department, further added that the mission accidently discovered a part of an Old Kingdom cemetery in Quesna, in Menoufiya.

The cemetery was proven to be used over the years and various eras, up until the Ptolemaic era, going through the New Kingdom.

The cemetery contained a number of relics including three statuettes depicting three of the four sons of the God Horus. However, they were found to be totally damaged.

Among the discovered antiquities were also scarabs carved in gold, and bronze coins from the Ptolemaic era, which were all transferred to the Egyptian Museum for display.

This comes as the second unexpected discovery in Upper Egypt.

Few days ago, the ministry also announced accidentally discovering an ancient palace belonging to Ramses II, which was attached to his temple in Abydos, Sohag.

The palace is considered to be highly important as it also adds a new aspect into the knowledge people have about architecture, and the shapes of the temples and their attached parts at the Ramesside period.