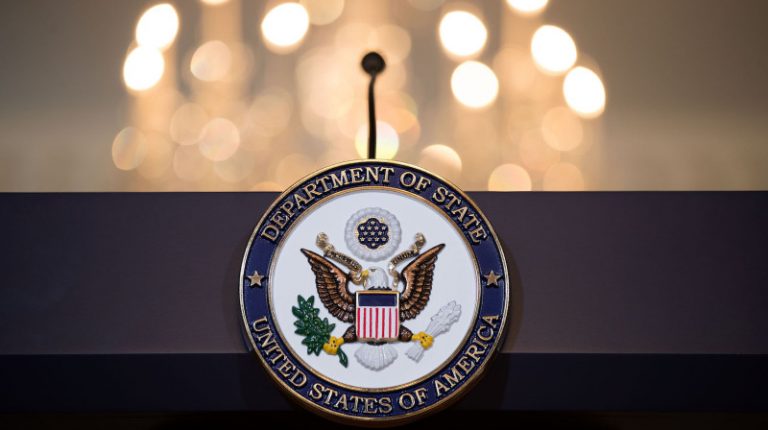 Egypt remains a strategic partner of the United States, as the two side closely work together in various fields, a US Department of State official told the Daily News Egypt on Wednesday.

“Even if this relationship has seen differences in some periods, that does not affect the cooperation between the two sides. We work together in all areas of security, politics and the economy,” the official explained.

He continued that, the fact that there is no US ambassador in the country is not an indicator of the relations’ strength, explaining that is related to the way the Department of State operates and appoints ambassadors. The official added, “Our Egypt diplomatic mission is formed from experienced diplomats, we do not have an ambassador in other countries as well such as the case with Saudi Arabia, however, in the near term, a new ambassador is to come to Cairo.”

Regarding the constitutional amendments, the official revealed that the Department of State’s main concern is that the referendum should be fair and just, and that the freedom of opposition to the amendments are to be granted.

On the economic front, the official stated that Egypt’s economic reforms were spectacular, yet the business environment still needs further improvements, to eradicate bureaucracy, corruption, and create a highly-trained work force able to generate competitive products for exports.

“President Abdel Fattah Al-Sisi implemented brave reforms, what is more important going forward, is that the rule of law is to be implemented,” he added further.

In regards to the free trade agreement between the two countries, the source explained that this file is not currently on the table, and is not being discussed, adding that “We are aware of the importance of this file for the Egyptian side and we want to support and encourage it, but we cannot seriously think about it unless the Egyptian government, for its part, removes many of the obstacles that prevent this.”

“Enforcing property rights and removing tariff barriers are perquisites to a free trade agreement,” he explained.

On the other hand, the official emphasised that the US supports the East Med Gas Forum between Egypt, Jordan, Greece, Israel and Cyprus. The private sector would play a big role in this project, while the public sector should support it.

“Egypt is expected to host Israeli ministers to pursue this cooperation, which was previously politically sensitive,” he added.

In regards to the matters of common interest, he revealed that counter terrorism, regional stability, and Libya’s file are the top files they cooperate with Egypt on.

The source expected that the most important files that will be discussed during Al-Sisi’s visit to the US are security and countering terrorism, in addition to “the Syrian file and how to achieve security in the region in addition to celebrating the 40th anniversary of the peace agreement between Egypt and Israel, especially with the role it played in strengthening Egyptian-American relations,” he concluded.