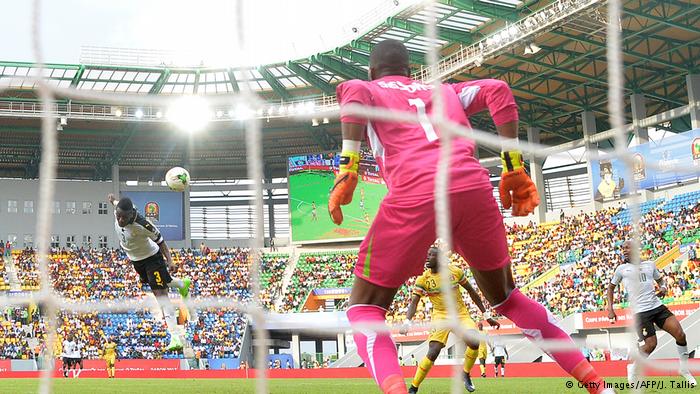 CAF Africa Cup of Nations (AFCON) is one of the largest continental competitions awaited by football fans from the moment its last match ends to the moment the new championship starts.

AFCON is organised by the CAF every two years to determine the continent’s champion. It is ranked third in the world after the FIFA World Cup and the UEFA European Championship for its high competitiveness, especially that it usually includes talented African players who play for the best European clubs, in addition to the best players in Africa.

AFCON started in 1957 and the first country to host it was Sudan. Egypt are the most successful team in the history of the competition as they won a record of seven titles including three in a row between 2006 and 2010. Cameroon came second with five AFCON titles.

Arabs have participated in the continental championship for many times, however, they made little achievements. The Arab teams in the North Africa won 10 continental titles.

The teams of Algeria, Morocco, and Tunisia came second among Arab teams in terms of AFOCN participations, totalling 16 times before the current edition in 2019.

The Sudanese team participated seven times in the AFCON and was one of the three teams contributing to the launching of this continental competition.

The Libyan team participated three times in the championship and came second in 1982 after losing the final on penalties to Ghana.

Egypt is preparing to host the AFCON for the fifth time in history, setting a record as the most country hosting the competition.

Many countries have hosted the AFCON and ended up winning its title. Ironically, Egypt was the first and last to both host and win the AFCON in 1959 and 2006. The first time was in 1959 when Egypt defeated Sudan in the final. The last time Egypt clinched the prestigious title on their land was in 2006 against Cote d’Ivoire.

In the 1978 edition, Ghana hosted the championship and won its title after beating Uganda 2-0 in the final. In 1980, Nigeria (also the host) won the title against Algeria after winning 3-0 in the final.

After a long absence, Egypt won the title when they hosted the competition for the second time in 1986, beating Cameroon on penalties in the final.

In 1990, Algeria won its first AFCON title after winning over Nigeria in the final. The Algerian team took revenge from Nigeria as the former lost the title race to the Green Eagles in 1980.

For the third time, Egypt won AFCON when they hosted it in 2006, beating Cote d’Ivoire on penalties.

Egypt’s coaches in AFCON: nationals are the most triumphant

The 2019 AFCON is going to be the 32nd edition of the old competition. Cameroon was selected to host the championship in the first place, however the CAF stripped Cameroon of the hosting rights on 30 November 2018 due to the country’s lack of suitable stadiums. Egypt was eventually chosen instead.

The race was between Egypt and South Africa, who submitted candidacies late last year after CAF stripped Cameroon of the hosting rights. The Egyptian Football Association said in an official statement that Egypt received 16 votes while South Africa won only one vote, in the ceremony held by the CAF in Dakar in January.

This championship is the first in Africa to include 24 teams according to the CAF decision issued on 20 July 2017.

Throughout the AFCON finals, Egypt were coached by 17 different coaches before the current Javier Aguirre. Only seven foreign coaches managed the Pharaohs in the AFCON finals.

The start was in 1957 with the national coach Mourad Fahmy who managed to win the African title. In the edition that followed in 1959, Pal Ticos was the first foreign coach to win AFCON with Egypt. In the 1962 edition, the duo Mohamed El Gendy and Hanafy Bastan handled together the coaching of the Pharaohs, securing the second place. The duo Mahmoud El Gohary and Hassan Shehata made the most appearances with the Pharaohs in the AFCON finals with three times each. El Gohary led Egypt in 1992, 1998, and 2002. He won the African title once in 1998. He was the first to win the title both as a player and a coach in Africa.

Shehata was Egypt’s coach in 2006, 2008, and 2010. He won the title in the three editions to be the only one in Africa to win the AFCON title in three consecutive editions.

The last coach who coached the Pharaohs in the AFCON finals was Argentinean Hector Cuper in the 2017 edition held in Gabon. In this year, the Egyptian team lost to Cameroon 2-1 in the final after a seven-year absence from the championship since the 2010 win.