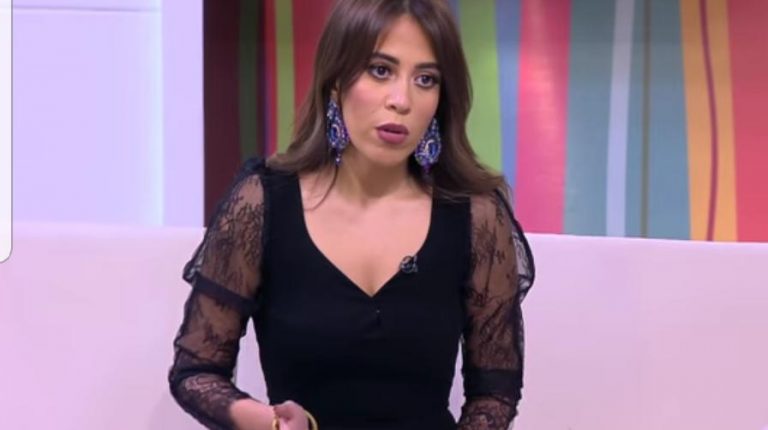 Today, a large number of females are pursuing their own passions and breaking free from traditional work routines. More than ever, females are currently using their unique talents to shape their own career paths, all while doing what they love and what they are passionate about. 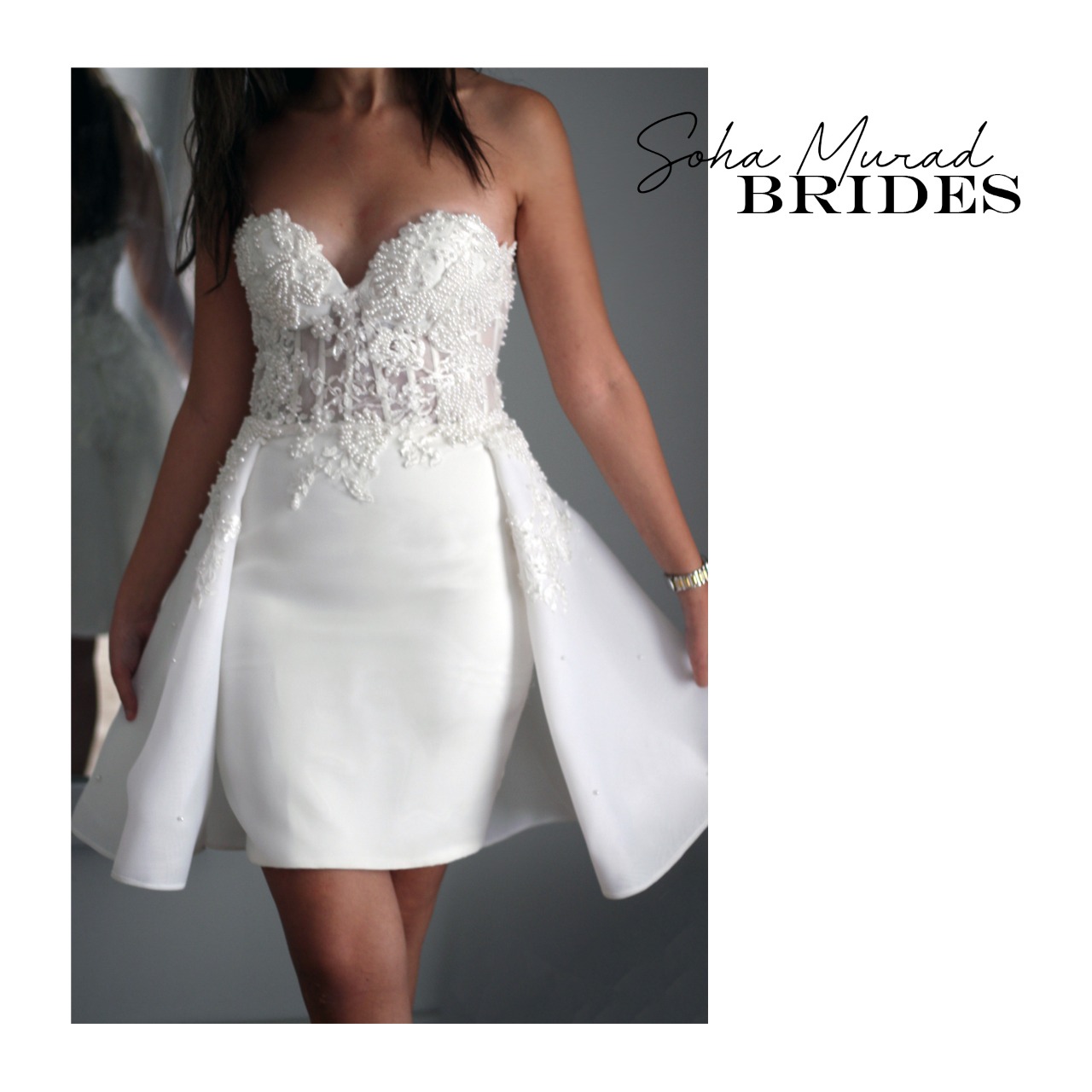 Although she is a working mother, Murad has shown extreme dedication toward her career, which is reflected in each exquisitely tailored piece that she designs with the outmost passion and meticulousness.

Daily News Egypt spoke to Murad in order to know more about her aspirations and challenges, and what it is like to be a female entrepreneur and a fashion designer. Murad started by narrating that she had always been enthusiastic about pursuing fashion design, as she had always known that it was her ultimate passion.

“My late father always encouraged me to pursue what I love. He always believed in me and my dreams and I think this was the reason behind my determination to follow my passion,” she explained.

The fashion designer stated that she had this dream since she was very young. Although she studied business administration, she never gave up on what she loved. She recounted that her journey did not start right after graduation, as she was confused in the beginning and worked in diverse sectors, including real-estate and insurance. “After several years of working in different fields, I finally decided it was time to start doing what I always wanted. I started by taking a fashion design course at an Egyptian university, then it all began from that point onwards,” she highlighted.

“Almost a year ago, after I completed my studies, I started by designing dresses for my friends and family members. At the time, I received extremely positive feedback, so I started expanding one step at a time, until I reached this point where I have my own design house, Soha Murad,” Murad declared proudly. 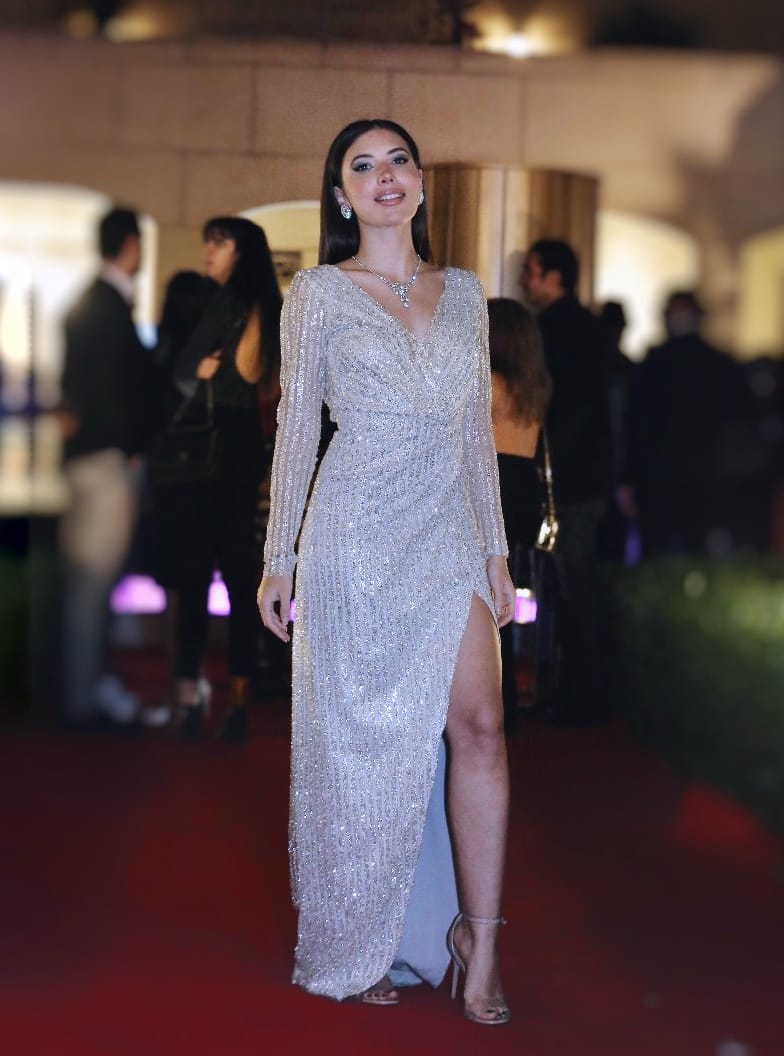 Throughout her journey, the fashion designer stated that she received support from all of her family members which facilitated the journey for her, as they consoled and encouraged her every time she was in doubt or was facing a challenging situation.

When asked about what distinguishes her from other designers, she stated that she believes that each designer has his/her unique signature and taste, and this is what makes fashion designers stand out from one another. “For me, each client is a separate project, and I am always working to create unique pieces for each and every single one of my clients,” Murad emphasised, adding, “I think what also makes designers different from each other is each one’s vision, and the effort you put into what you are doing.”

As for her source of inspiration, she cited that she gets her inspirations from several elements around her, most prominently nature and its colours. “Yet, it could really be anything around me, things that you would not even imagine. From architectural designs to movies and books, ideas could originate, paving the way for me to create a new piece,” she explained.

Notably, Murad’s latest collection titled ‘Frida’ was inspired from the female empowered iconic figure, Frida Kahlo. Her collection was created for the modern female to make her feel strong and confident in her own body. The designer wanted to translate those female empowering messages into wearable designs, so the collection was designed to be mostly dark in its colours, and is characterised by bold and edgy designs.

Regarding the dresses’ customisation process, Murad stated that it usually depends on the details, such as the dress embroidery, beads, and fabrics. Generally, it takes her up to a month to be able to customise a dress. However, the duration could be shorter or longer, for example a bridal dress could take from 4 to 6 months. “I usually do not prefer to be tight on time, as it is better to design each dress precisely with great attention to the smallest details. Quality is my number one priority.”

Concerning the materials, Murad said that she mainly depends on local retailers to get her fabrics, as they offer high-quality fabrics from all over the world, noting that there is not a big need to purchase imported fabrics. As for her role model in the local fashion industry, she stated that it is Maison Yeya, which was initially established by Yasmine Yeya in Egypt. According to Murad, when Yeya first started, the idea of female fashion designers was uncommon. “I think she is currently one of Egypt’s top couturieres who managed to achieve international recognition and took the Egyptian fashion industry to a whole new level,” she declared.

Yet, she faced several challenges throughout her journey, as starting one’s own personal business is never that easy, and one has to go through several difficulties before you start witnessing positive results. “Initially, it was very difficult and challenging to start my own business. There were many risks, but I had a target and I was determined to achieve it,” Murad stressed.

As for the work-life balance, she explained that it was one of the major struggles that she had to go through, especially at the beginning of her career. “I think this is one of my biggest challenges, having enough time for both my atelier, and with my own family,” she explained, adding. “Yet, by time, I got to learn how to divide my time evenly, and I thank my supportive family for this.”

As for the future of the couture house, Murad’s commitment toward quality is her number one priority. “I aspire to become an internationally recognised brand that serves people all over the world with distinct designs and a remarkable footprint. The most important thing for me is to be able to sustain my success, and to continue to be innovative. I also wish I can contribute toward promoting Egypt’s fashion industry, and help in making it one of the biggest countries in the fashion scene,” she finally declared.

By the Sea, MEFF 3 brings regional fashion talent to beach