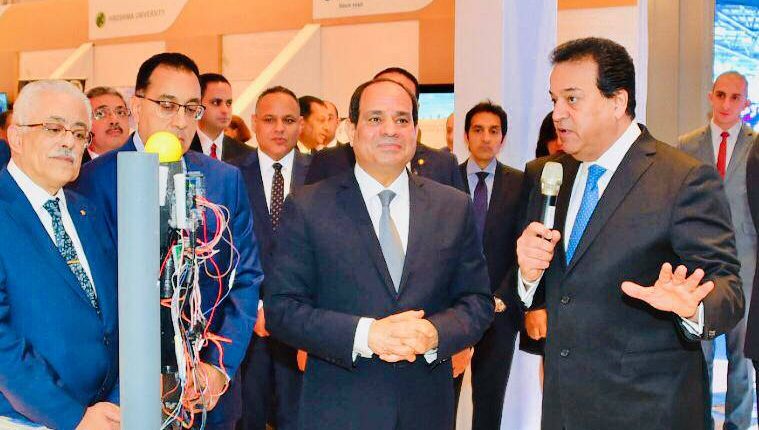 President Abdel Fattah Al-Sisi said on Thursday that the communications revolution that has taken place over the past years has had a very significant impact especially on developing countries.

During his speech in the session of the Fourth Industrial Revolution and Emerging Technologies at the World Forum on Higher Education and Scientific Research, Al-Sisi stressed that the more human progress in knowledge and science, the weaker our ability to predict its impact.

The forum is being held at the New Administrative Capital (NAC) in eastern Cairo, under the theme “Between the Present and the Future”.

He also claimed that scientists could not measure the impacts of the development on humanity. “We began to notice the disappearance of cash. Twenty years ago, no one imagined that the time will come when the use of cash will decline,” he said.

More than 300 foreign figures, heads of international universities and deputy ministers of education from 55 countries, as well as a number of representatives of regional and international scientific organisations are participating in the forum.