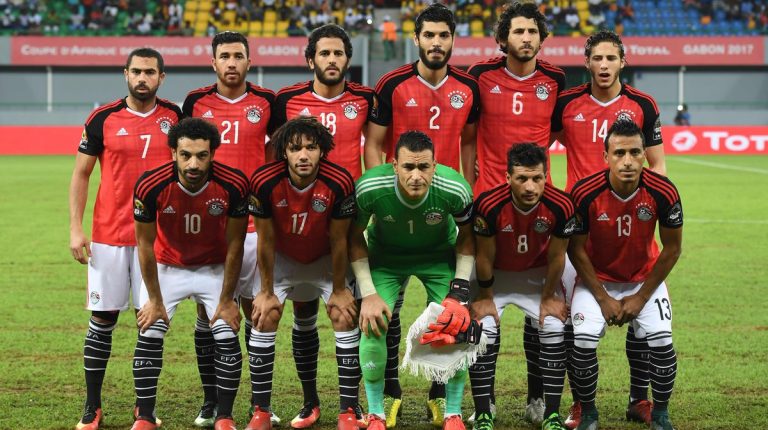 The CAF Africa Cup of Nations (AFCON) will be held from 22 June to 20 July and will include 24 teams for the first time in the history of the championship.

Five Arab teams will participate in AFCON 2019, and three teams will make their debut: Madagascar, Mauritania, and Burundi.

African football teams have always had unusual nicknames, and this has become a tradition in the continent. Most of the teams are nicknamed after animals as they represent life, strength, and courage.

Some nicknames were made by the fans which are usually related to the colours of their flags or natural phenomena in the country.

Italian Rafael Pauli, researcher at the International Sports Center in Switzerland, said that the nicknames of teams are an expression of national unity and are another way of bringing people together. Football has played an important role in freedom and independence in African countries and has given them their own identities over the history.

This nickname is basically related to the ancient Egyptians. Pharaohs were those kings in old Egypt who made great achievements, like building the Pyramids which are one of the world’s wonders.

The team also carries the name of “Prostraters”, since players usually celebrate their victory with prostration. This was clear during the previous AFCON editions in 2006, 2008, and 2010.

In the Zulu language “Bafana” means “Boys”. When the South Africa joined the FIFA after the toppling of the racist apartheid regime, officials of football in South Africa started looking for a nickname for their football team. A journalist named Pero Meselco suggested the nickname as a reflection of youth. At first, football officials were not excited since the name does not represent strong brave men, however quickly the nickname was loved by football fans and spread among them, becoming the team’s official nickname very quickly.

The nickname is inspired from the eagles which Nigeria is famous for. Moreover, the main colour in the country’s flag is green. The team is also known for speed, accuracy, and strength, similarly to the eagle.

Elephants were the most prevalent animals in Cote d’Ivoire in the past. If reflects giganticness and strength.

This nickname was inspired from the most famous animal in Cameroon. Lions are brave, strong, and fast. They are leaders, which is the same with the Cameroonian team.

“Untamed Lions” was one of the oldest titles in Africa, suggested back in 1972 by the Minister of Sports at Cameroon after the team was unable to qualify to the AFCON of the same year. At that time, the President of the country made drastic changes to the sector of football, and in one of the meetings with a public figure, the nickname was chosen, and “untamed” was added to distinguish the team from the rest of the teams.

In the old Senegalese language “Wolof”, Teranga means hospitality, but like the Senegalese people say, it goes beyond mere hospitality. Teranga is not just a title, but a reflection of the nature of the Senegalese people who receive their guests with open arms, and allow them to enter their homes, meet their family members, and talk about their lives, religion, culture, and their own personal ideas.

This name came from the Atlantic mountains passing through Morocco.

Carthage is the cradle of the Tunisian civilization and the capital of the ancient Phoenician state. The nickname was chosen to suit their strength and speed while referring to the civilization of Carthage.

The Algerian national team has several nicknames: Desert Foxes, Desert Fighters, and The Greens. The desert fox lives in North Africa and some parts of the Arabian Peninsula in Saudi Arabia. It is distinct for its large ears.

Mauritania was qualified for the first time for AFCON in its history. The Mauritanian national team is nicknamed “Almoravid”, referring to Almoravid dynasty which was an imperial Berber Muslim dynasty emerged in the 5th and 6th AH in the Islamic Maghreb region.

The Guinean team is known as “Syli nationale” in the local language, which means “National Elephants”. In their culture, the elephant is a symbol of strength and unity.

The team is nicknamed “Harambee Stars”. In old times, stars were considered a good omen and a way to drive out bad people.

Rafael Pauli says that some teams have taken nicknames inspired by celestial bodies out of the belief that this would eliminate bad luck and bad omens. Such nicknames are not famous, especially names of stars or such, unlike the names related to animals or colours.

Angola’s national team was nicknamed “sable antelopes” as they are the prevalent animals in the tropical jungles across Angola.

Benin was nicknamed “The Squirrels” which often live on trees. They are the prevalent animals across Benin.