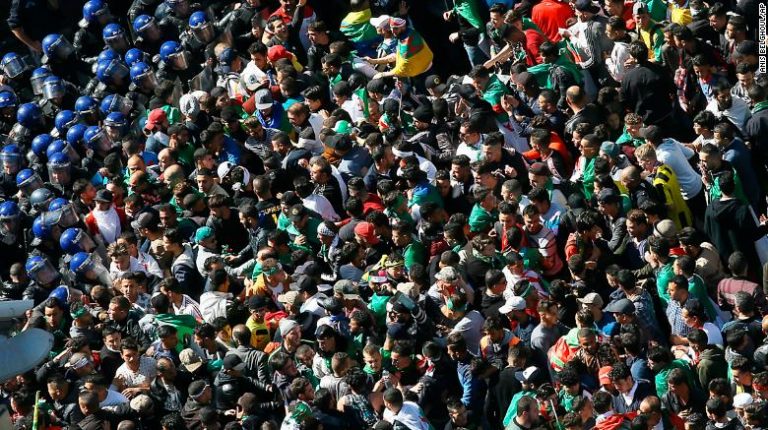 Thousands of demonstrators took to the streets of Algiers demanding a comprehensive reform of the country’s political structure for the seventh consecutive week on Friday.

This came after the resignation of former President Abdelaziz Bouteflika whose performance no longer satisfies protesters.

According to the constitution, the speaker of parliament must assume power. However, the protesters want everyone involved with the Bouteflika government to leave as well.

The ousted president, who has spent 20 years in power, said this week he was “proud” of what he has done, but he realised he had “failed in his duty.”

He said he was leaving the political scene “without fear or sadness” for the future of Algeria. The country currently runs a transitional government.

The 82-year-old president ruled for two decades. The first two terms he was glorified due to his efforts to bring back safety and stability to the country, following the bloody Algerian civil war in 2002, and his role in ending the Emergency Law.

Over the last six weeks, millions of Algerians have been holding regular mass demonstrations calling for the removal of the Algerian President. Some activists seemed not to be excited over General Ahmed Gaid Salah’s (senior officer in Algerian People’s National Army) declaration, as they suspect that the army chief might be orchestrating an army coup against Bouteflika to control the protests and replace the president with another similar face from the regime.

However, other protesters called for the application of Article 102. During the uprising, Algerian police used fire with tear gas and rubber bullets against angry protesters.