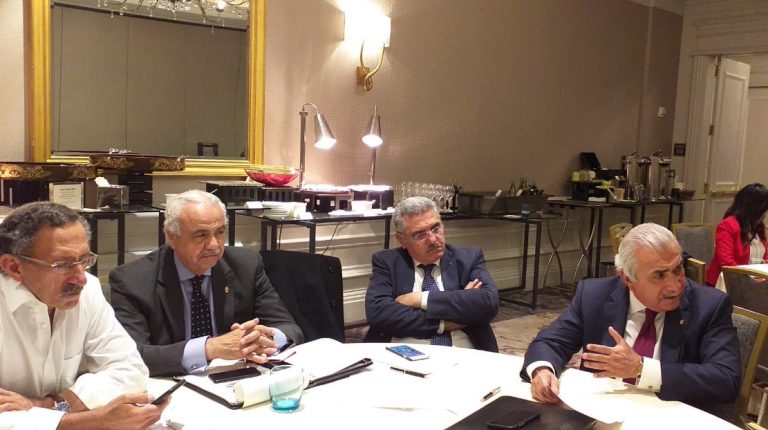 In a press statement, during the 42nd door-knock mission which started last Sunday, Mohanna said that members of the mission held several meetings with the US Trade Representative, the Export and Import Bank of, the National Security Council, the ministries of energy, foreign affairs, and treasury, the USAID, the IMF, the IFC, and the World Bank. Additionally, about 21 meetings were held with several research centres, most prominently, the Arab Gulf States Institute, the Middle East Studies Institute, and the Washington Institute.

Mohanna said that mission members recapped Egypt’s economic success experience, and that soft power tools in the Arab region have received special focus, especially after the Arab-European Summit which was held in Sharm El-Sheikh.

He said that the awaited visit of President Abdel Fattah Al-Sisi was discussed, as it coincides with 40th anniversary of the Camp David Accords. It also comes after the Arab League Summit in Tunisia, which gives the visit a major importance, especially since mission members stressed during meetings that the private sector in Egypt believes there is a community dialogue regarding the constitutional amendments, and that Egyptians want stability and development.

Furthermore, Mohanna stressed that the human rights file was only tackled on a small scale during the meetings with some Congress members, noting that the concept of human rights is extending to include provision of shelter and a good life, which is what the Egyptian government is working on.

Mohanna added that the file of free trade with Egypt was one of the most prominent files receiving support by the Egyptian community, noting that there are no objections to holding the deal, on the contrary, the business community recognises the importance of agreeing on the trade volume and rates between both countries.

Tarek Tawfik, chairperson of the American Chamber of Commerce (AmCham) in Egypt, said that starting negotiations on the free trade agreement will contribute toward enhancing the Egyptian trade system through fixing the process of specifications, customs, and eliminating of impeding measures, therefore, the agreement will enhance the competition and the development process.

Additionally, Tawfik said that the door-knock mission this year is one of the best missions undertaken by the chamber, adding that over the past few years, there were always obstacles, however, this year was much smoother, apart from very general and unspecific criticism.

Within that framework, Tawfik said that this positive image has made the Egyptian society awaits the visit of Al-Sisi and realises the value of cooperation between both countries.

He pointed out that the job of the mission this year was to deliver a realistic image of what is happening in Egypt, adding that the mission has credibility in Washington owing to its ability to objectively convey concepts, which made its work easier this year.