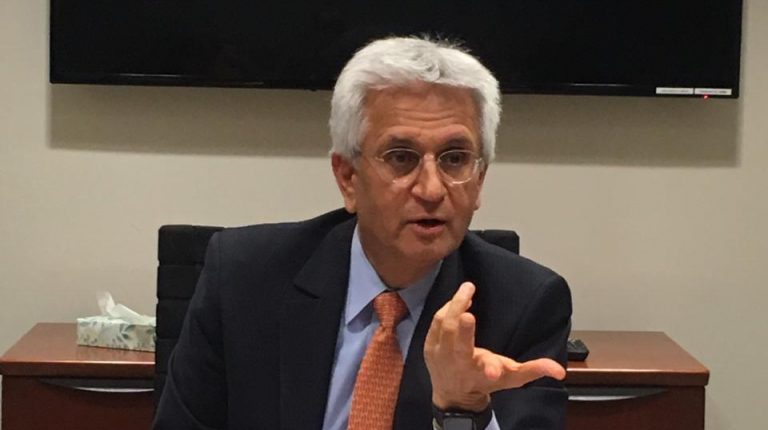 Washington, DC- Merza Hasan, the executive director of the World Bank (WB) Group, said that the real challenge before the Egyptian economy at the present time is overpopulation, noting that Egypt’s population grows by 2.3% annually, which could destroy any economic progress.

“When the population is large, this makes it hard for the economy to achieve the desired growth,” Hasan said, adding that it is important to benefit from the Chinese model in this area.

He explained that by 2050, the Arab world must generate 300m jobs, according to a WB study, which seems unachievable in many Arab countries, and with the current job automation, this task will be much harder.

“The world is busy right now with exploring the possible impact of technology on the business sector and job creation, especially in view of the latest report of the Organization for Economic Co-operation and Development (OECD) which said that about two-thirds of current jobs will not exist by 2030,” indicated Hasan.

Another challenge economic growth in the Arab region is facing is education. “Schools in Egypt do not teach anything, and 70% of those in higher education institutions are in the Arab world, and we do not need their skills,” he said.

Within that framework, Hasan said in a press statement during the door-knock mission in Washington, that Egypt has a good reform plan for education.

“The Arab world does not only need education, but rather a revolution in the field, as there is no consensus between education and jobs, and as education years increase, getting a job becomes harder,” he said.

Despite these challenges, Hasan believes Egypt has achieved good economic growth rates, more than its surrounding countries. The economy has started recovering and both the middle- and low-class and will soon begin to reap the fruits of reform.

“The Egyptian economy has deteriorated but then started recovering through the bold reforms that Egyptians are paying for until now. With this recovery, Egyptians will reap the benefits.”

The middle-class is the one paying the price for these economic reforms, so they should get more state attention.

Hasan revealed that cooperation programmes between the bank and Egypt is one of the largest programmes in the world, and that the total loans obtained by Egypt from the bank since 1950 reached $18.4bn, noting that the period from 2010 to 2020 saw loans of $8bn.

Hasan explained that world debt rose by 11% from 2017 to 2018, which shows that there is a supply of funds, and an ease in resorting to borrowing. This also shows that some governments have started facing difficulties in reforms to compensate for this through loans.

He said that Egypt’s initiative to control debt is a pioneering one in the region and in many countries of the world even though the Egyptian debt is not concerning, the proof is that Egypt obtains the price of yields less than 2% of similar countries. Hasan also revealed that there are no Egyptian requests for loans from WB at the time.

Furthermore, Hasan added that there are no programmes between Egypt and the bank regarding refugees, and that the bank has only two programmes in the field in the region with Lebanon and Jordan with total spending beyond $1bn.