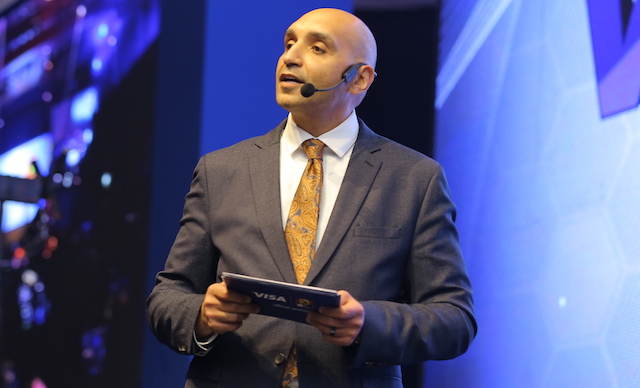 Visa, the global leader in digital payments, and sponsor of the 2019 Total Africa Cup of Nations football tournament, hosted a prestigious gala dinner to celebrate the reveal of the highly anticipated Total AFCON 2019 football tournament trophy.

The AFCON trophy was displayed and received great admiration from among an esteemed crowd of Visa’s financial institution clients and stakeholders, representatives from Confédération Africaine de Football (CAF) and the media.

Following the reveal, the trophy will be showcased at several Egyptian banks from the 6th to the 9th of April where bank staff can get up close and personal with the trophy. The trophy will then be transported to its various venues by a Visa branded bus and will provide exciting photo opportunities for the staff.

As a sponsor, Visa is the exclusive payment services provider at all venues during the 2019 Total Africa Cup of Nations tournaments in 2019 and 2021 and will be the preferred payment option for tickets bought both in-person and online. In addition, Visa will be the official partner of the player escort programme, giving over 1,100 children the opportunity to lead their football heroes out at the Total AFCON 2019 matches.

Visa’s General Manager in North Africa, Ahmed Gaber, commented on Visa’s sponsorship of the AFCON: “Football is a universal language and the AFCON resonates greatly with Africa. Despite the sheer size of our continent, we share an intense passion for football between us.

“Visa has a long and proud history of supporting football, having been a sponsor of the FIFA World Cup since 2007. Along with the Total AFCON 2019, Visa is also preparing for the upcoming FIFA Women’s World Cup France 2019. Being the exclusive payment services partner at some of the biggest global sporting properties in the world enables Visa to showcase the latest in payment innovation on a global stage. We are excited to work with the national committee in Egypt to prepare for the tournament in summer,” said Gaber.