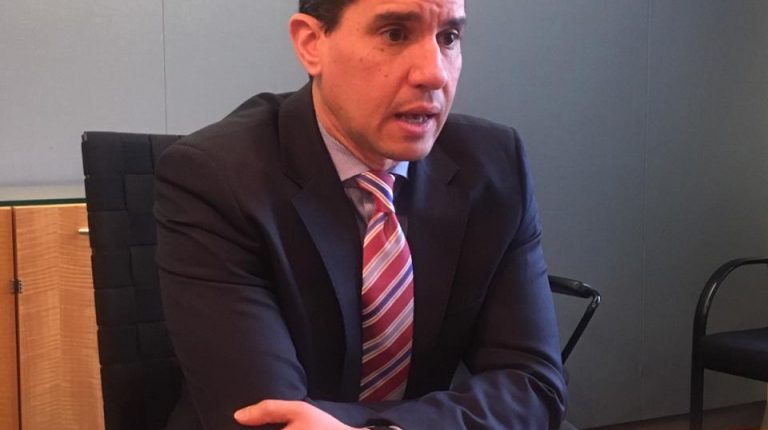 Washington, DC-There are serious negotiations between the World Bank (WB) and the Egyptian government to fund a major project in the field of digital infrastructure, Ragui El Etreby, Egypt’s alternate executive director at the WB Group, announced on Friday.

He added that the Egyptian Ministry of Communications has an ambitious plan in this regard, and the bank seeks to play a major role in this matter through offering technical and financial support to this project.

In a joint press conference with the door-knock mission in Washington, El Etreby said he expects these negotiations to be completed and an agreement to be reached by the end of this year, however, he refused to reveal any details about the talks.

He also revealed that the bank’s board of directors is looking into another $200m in funds for a private sector project in the Egyptian market, with the aim to enhance Egyptian efforts in the field of entrepreneurship, mainly focusing on the youth and women. The project is expected to be approved within the next few weeks.

El Etreby also explained that there are cooperation programmes between the bank and the Egyptian government in the field of fighting corruption and enhancing accountability through modern technologies.

Egypt accounts for 50% of the total funding allocated by the WB for the Middle East and North Africa region, which reflects the bank’s interest in supporting Egypt.

The bank’s official said that 17 projects worth $8bn are being implemented by the WB in Egypt, including infrastructure, sewage, human development, and institutional reform projects.

The bank is the sole financing entity that has not stopped supporting and funding Egypt since the 2011 Revolution, according to El Etreby. He added that before the start of the economic reform programme, the bank paid $3.15bn to support funding policies.

El Etreby expects the coming period to see more cooperation between the bank and Egypt, especially after David Malpass was appointed as new president of WB, as he realises very well the importance of cooperating with Egypt. “Cairo will be one of the first capitals Malpass visits,” he said.

The WB’s board of directors chose Malpass as the new president of the bank to succeed Jim Yong Kim.

El Etreby explained that Egypt aims to become one of the largest 20 economies in the world by 2023, and one of the 10 largest economies in 2030, and this will only happen through developing the human, digital, administrative, and institutional infrastructure. Egypt has many important steps to take in administrative reform.

In its recent report, the WB expected the Egyptian economy to see a 5.7%, growth, which is three times the growth in the Middle East region, and one of the highest growth rates of medium-income countries. This stresses that what is happening in Egypt is not just economic reform but rather comprehensive development in all fields.

El Etreby said that he is confident that Egypt will see further progress in the next business report, noting that even small progress would still be a major achievement which must not be underestimated.

Furthermore, El Etreby noted that the funding gap in Egypt until 2038 is estimated at $675bn, adding that the Egyptian government would be able to collect $445bn, however, the remaining funds can only be covered through the private sector.

“The bank is not against the participation of the public sector in any project, however, if it must be present, it must at least play an effective role,” he said.

El Etreby concluded that the middle class is the one most affected by the economic reforms, and the political leadership in Egypt is quite aware of that. Therefore, it is working on finding solutions to enhance this segment’s situation through long-term measures, rather than short-term ones, which is the only way.