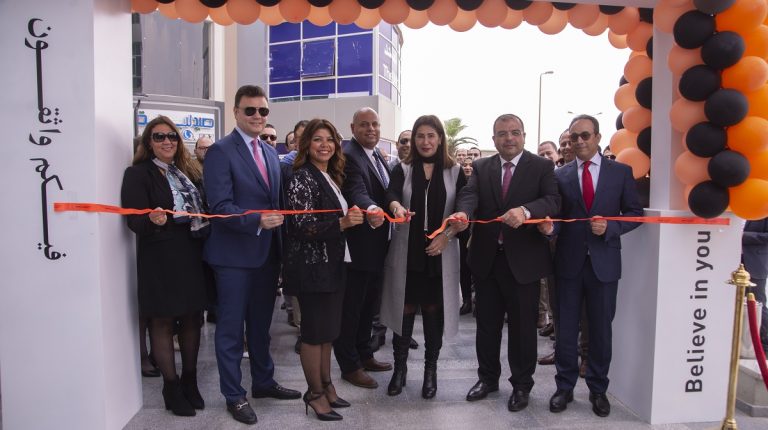 Attijariwafa Bank Egypt aims to significantly expand in the Egyptian market in the coming years, to become among the top 10 banks in Egypt by the end of 2022, according to Hala Sakr, the bank’s managing director.

Sakr stressed that the bank’s management is taking effective steps toward achieving the bank’s expansion strategy, and expressed pride in the progress achieved by the bank in the Egyptian market since its entry in May 2017.

“We are doing our best to come up with outstanding banking products and services, which are instrumental in achieving customer satisfaction and attracting new customers,” she said.

Attijariwafa Bank launched its branch in Egypt on 3 May 2017 after acquiring all the shares of Barclays Bank Egypt.

The bank offers a wide range of banking services to the retail and corporate sectors and small and medium-sized enterprises (SMEs).

Attijariwafa Bank is based in Morocco and operates in 25 countries through 4,930 branches with 20,000 employees. The bank runs a portfolio of 9.7 million customers.

Last Thursday, Attijariwafa Bank Egypt opened its new branch in Cargo Mall in Sheikh Zayed, as one of six new branches in Cairo, Giza, Dakahlia, and Minya. The bank also expanded and renovated its branch in Al Mahalla Al-Kubra, moved to a new building in Damanhour, and moved its Zamalek branch.

The bank’s branch network currently comprises of 61 branches and 73 ATMs, covering most of the republic with over 1,400 employees.

According to Sakr, the bank’s strategy contributes to the achievement of financial inclusion, which is one of the most important priorities of the Egyptian government and the Central Bank of Egypt (CBE) due to its positive role in achieving economic growth and sustainable development.

She also pointed out that the bank aims to draw its Egyptian clients closer to those in Africa, as this coincides with Egypt’s current presidency of the African Union, and the CBE’s chair of the Association of African Central Banks.

Furthermore, she explained that the bank conducted about 600 meetings between Egyptian customers and officials in African countries through a conference held in Morocco in March.

Mohamed Sherif, board member, CFO and transformation director of the bank, said that after the acquisition of Barclays Egypt in May 2016, the bank’s management started developing a five-year strategy for the bank’s activity, ending in 2022, using one of the largest advisory offices which assists financial institutions, along with the assistance of the executive management and the working team in Egypt.

Sherif explained that the strategy depends on presenting something new to the market through focusing on opening the markets, not just locally but also internationally, based on the fact that the group is present in 14 countries in west Africa, where it also aims to open trade doors between its customers in Egypt and exporters and importers in these countries.

According to Sherif, the bank’s strategy is also focused on expanding in all of Egypt’s governorates, noting that in May 2017 the bank was located in 17 out of 27 governorates, and targets by the strategy’s end in 2022 to have a presence in most of the provinces.

“The strategy is reviewed annually according to the market’s conditions. In 2018, we focused on modernising the bank’s infrastructure, as we changed all the computer systems in the bank in record time with investments of EGP 1bn,” Sherif said.

He added that Attijariwafa Bank aims to invest more in developing its infrastructure in order to expand in providing new banking products and electronic services, therefore contributing toward achieving financial inclusion, and attract non-participants within the banking system to achieve economic growth and sustainable development.

Over and above, Sherif pointed out that the bank is also focusing on expanding the provision of technological and digital services, which are the cornerstone of the bank’s strategy, such as human resources.

In response to a question about whether the bank will increase its capital in the coming period, Sherif said that the bank’s management has decided to keep all achieved profits in support of the bank’s financial position in Egypt. Furthermore, the bank’s current capital is sufficient for its targeted expansion.

Additionally, the bank also aims to achieve a 20% growth rate by the end of 2019, against 2018, with varying growth rates among different sectors.

Plus, he pointed out that the bank’s strategy is focused on growth and expansion in a manner that will help it achieve its 2022 goals.

The bank’s Retail and Business Banking Director, Abderrafie El Hachimi, said: “We are keen to offer a unique banking experience, based on our long-standing commitment to providing customers with the best services in all markets.”

“We are currently present in 17 governorates and we are working on implementing the bank’s expansion strategy gradually over the next five years. We have opened six branches during the first quarter (Q1) of this year, and more openings will be announced later this year,” he added.

He pointed out that the opening of the six new branches is in line with the bank’s expansion strategy, which aims to provide comprehensive banking services to its customers wherever they are, in addition to expanding its activity and reaching the largest number of customers.

Furthermore, El Hachimi revealed the intention of the bank is to launch prepaid cards and credit cards soon after finalising all the procedures.

The bank has completed the procedures to accept the Meeza ATM cards, in cooperation with the Egyptian Banks Company, he pointed out.

Moreover, the bank aims to launch mobile and internet services in May, and launch the ‘Smart Wallet’ soon, in cooperation with an electronic payment company, he added.

Additionally, he noted that the bank started issuing a new range of banking products before the end of 2018 in order to meet the needs of different customers, such as Alfa Saving and current accounts with higher returns.

Over and above, El Hachimi said the bank intends to launch credit cards for women to help them pay their bills, and that there will be added advantages on the card, such as some discounts in several shops, malls, and brands.

“SMEs account for 9% of the bank’s total loan portfolio. We are creating financing programmes that are important to these projects, as well as expanding the network of branches and expanding in governorates to reach customers everywhere, in order to attain the 20% set by the CBE,” he added.

Plus, he stated that the bank is in the process of setting up two business centres in Alexandria and Heliopolis, specialising in serving SMEs.

He ruled out the bank’s consideration of acquiring other banks in the Egyptian market, stressing that the expansion of the Attijariwafa Bank in Egypt will be achieved through opening new branches.