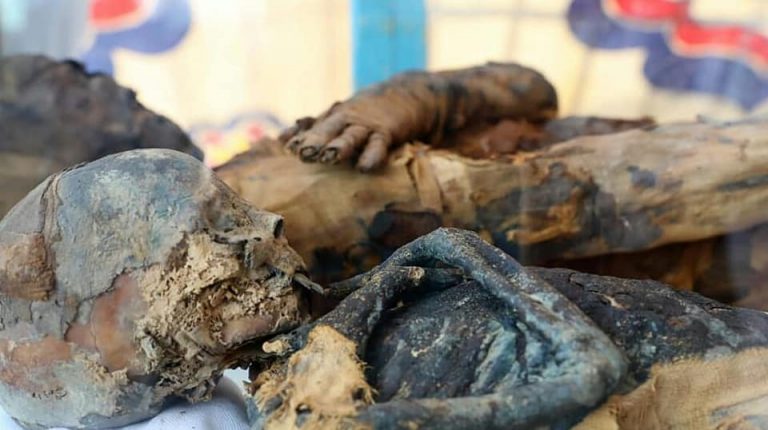 A well-preserved Ptolemaic burial chamber was discovered at Al-Dayabat archaeological site in Sohag governorate on Friday when police forces thwarted an illegal excavation attempt by a local gang in the area. 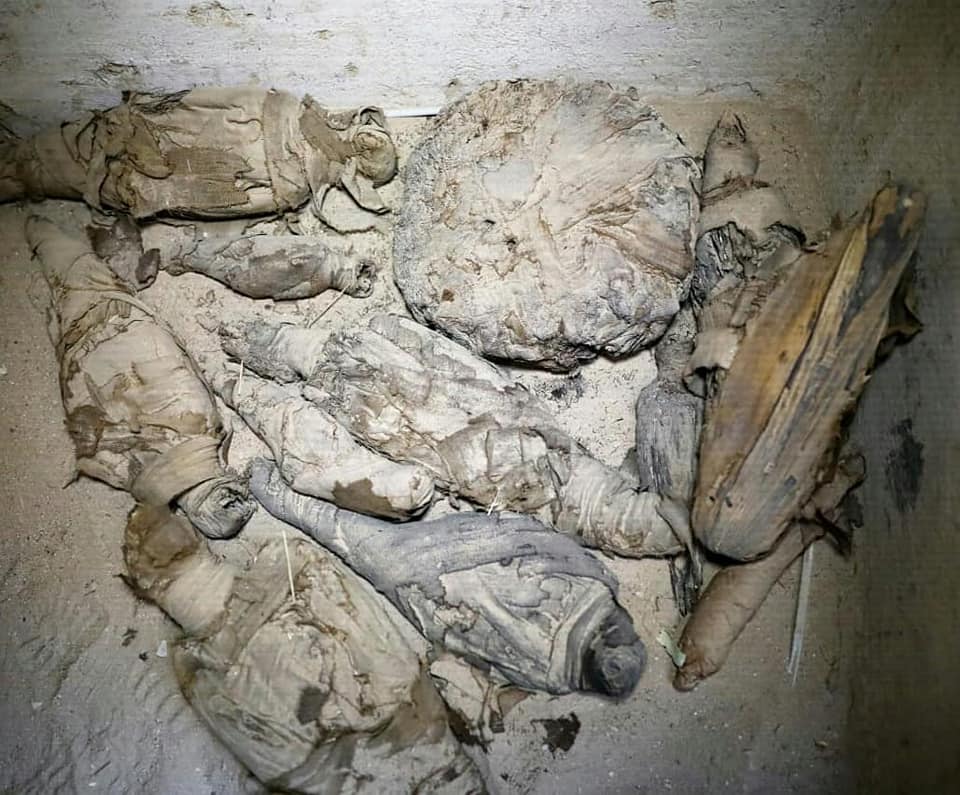 The tomb belongs to a nobleman called Toutou and his wife who was a musician for goddess Hathor. The police accidentally stumbled upon the tomb while they were trying to prevent a gang from digging in a nearby area.

After the tourism and antiquities police completed its investigation into the case, a mission headed by the Secretary-General of the Supreme Council of Antiquities, Mostafa Waziri, immediately started excavating the tomb. He found out that it consists of two small rooms containing two limestone sarcophagi as well as a mummy that is still unidentified.

The extraordinary tomb was in good shape and the mummies were well-persevered, as the mission only needed to remove the layers of dirt to reveal the bright paintings covering the walls of the two-room tomb.

The discovery is considered one of the biggest and most unique ancient tombs in Sohag. The tomb’s extraordinary colours and the inscriptions on its walls depict many scenes, including its owners. One of the scenes at the entrance of the tomb features Toutou being welcomed by the god Anubis, and another one depicting his wife also being welcomed by the same god.

Another scenery shows Toutou while being judged by the god with his two daughters, aside portrayals for the Ancient Egyptians’ most beloved blossom, the sunflower. 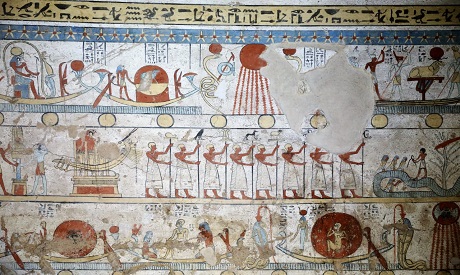 The tomb has many inscriptions as well as some names of the couple’s families.

A number of mummified animals was also found in a very good shape inside the tomb, including falcons, shrews, cats, and eagles.

Waziri told a state-owned media outlet that shrews can see very good at night which was believed to be a cure for blindness at that time.

The tomb is believed to be used as an animal cemetery later after the couple died.

The discovery is not the first that accidentally saw the light. Last week, the ministry of antiquities discovered a limestone sarcophagus containing two mummies, and a part of an Old Kingdom cemetery in the Quweisna quarries in Menoufiya, a few days after stumbling upon an ancient palace belonging to Ramses II, which was attached to his temple in Abydos, Sohag.

The cemetery was proven to be used over the years and various eras, up until the Ptolemaic era, going through the New Kingdom, as it contained a number of relics including three statuettes depicting three of the four sons of the god Horus. However, they were discovered in a totally damaged state.