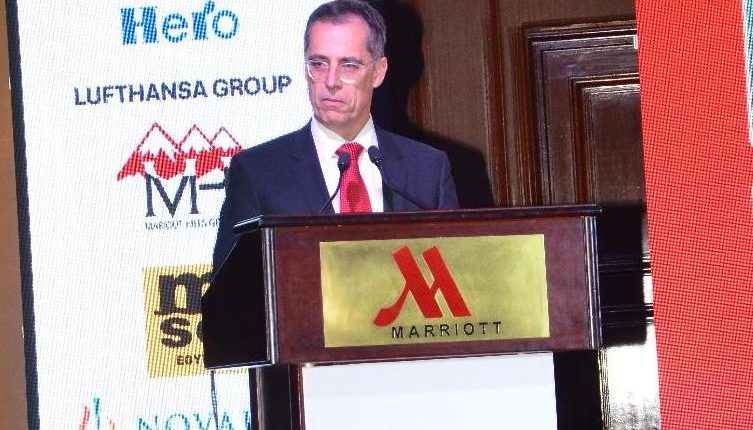 The ambassador affirmed that the Swiss private sector in Egypt is very active, mentioning that a large numbers of Egyptian students and teachers across Egyptian governorates are trained or educated by Swiss companies on a yearly basis.

“Some of them are sent to Switzerland, we think that we should have a more systematic framework between the companies, workers, and the Egyptian government. That is why we have launched an initiative this year in the field of technical and vocational training,” the ambassador noted.

“The embassy and the SEBA will continue to work together to provide more opportunities for economic development in Egypt,” he said, adding, “Today’s event is an indicator for SEBA’s power and possibility for good outcomes.”

Moreover, Garnier asserted the embassy’s intention to cooperate with the Egyptian government in order to boost Swiss investments in Egypt, adding, “We are proud of the accomplishment of Swiss companies in Egypt and we should work together to even increase Switzerland’s investments in Egypt.”

Additionally, the ambassador affirmed the importance of SEBA’s role in the fields of corporate social responsibility, and working with people with disabilities, noting that the SEBA paves the way to more Swiss projects in Egypt.

“It is a pleasure to be with you today for the second time. During our initial meeting, the event was attended by Switzerland’s State Secretary of Economic Affairs, Marie-Gabrielle Ineichen-Fleisch, who launched the 2017/20 Swiss Cooperation Strategy in Egypt with the Minister of Investment and International Cooperation, Sahar Nasr,” he mentioned.

The talks with the president and the FM witnessed discussions of promoting bilateral relations that are going well, the ambassador noted, adding, “We signed a paper on the possibility of cooperating with Egypt in the field of peace promotion on the occasion of Egypt’s presidency of the African Union.”

The minister’s meetings were excellent ones which witnessed the discussions of the continuation of the joint cooperation programme, which is diversified, and even tackled the possibility of increasing the programme, the ambassador noted.

“Minister Cassis attended the celebration of 110 business relations with Egypt in presence of Minister Nasr and the Swiss business community,” Garnier added.

Actually the business relations with Egypt started in the 19th century, he added, noting that the economic relations were very active and organised in the 20th century.

“We also want to present to the Egyptian government the needed projects for boosting development, for example, the placement services and training opportunities for skilled workers at Swiss companies in Egypt,” he mentioned, affirming his country’s plans to look at possibilities of boosting the political and business cooperation with Egypt.

For her part, Marwa Taher, SEBA’s executive director, affirmed the importance of the continuous collaboration between the private sector, the governments, and business associations for helping achieve SEBA’s goal to move Egypt forward toward prosperity and better education.

“I thank the Swiss embassy for the confidence they put in SEBA and their support. There is a sense of optimism that I can feel it and it shows that we are in a new phase of growth and opportunity, each one has a role to play in supporting the growth of our society and development of young people,” Taher mentioned.