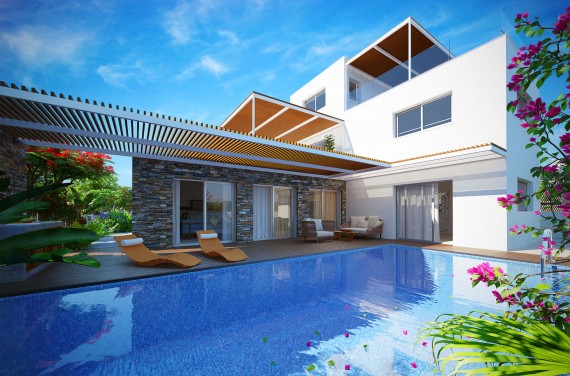 Cyprus’s real estate company, Aristo Developers, said that the company’s total volume of investments amounted to about EGP 10bn, which includes a package of residential, commercial, and administrative projects, marketed to customers within its own country and in several foreign markets, namely the Egyptian market.

Mohamed Magdy, the marketing manager at the company, told Daily News Egypt that his company has several projects which are marketed in a number of countries, including Egypt and Dubai. Aristo Developers also plans to have a presence in Kuwait and Saudi Arabia in the coming period, as part of the growing number of customers looking for investment opportunities outside their countries.

Magdy highlighted the importance of property as a safe storage for money and a safe haven for investment.

Furthermore, he noted that Aristo Developers has handed over 265 projects, has 1,500 agents worldwide with investments of over $6bn, and it has been operating in the real estate market for 38 years.

“Aristo has signed an exclusive contract with an Egyptian company to market its real estate projects in the Egyptian market and the Middle East region,” he said. “The agency’s contract includes the intermediary company that will launch apartments, villas, and palaces for Egyptians in Paphos and Limassol in Cyprus, which includes comprehensive benefits, such as secured investments, as well as a great opportunity to obtain the Cypriot citizenship and residence, which is an actual gateway into Europe, as a European citizenship provides education in any of the EU-member states, as well as in Switzerland, Liechtenstein, Norway, and Iceland, in addition to launching businesses.”

The company’s marketing manager explained that a new project is to be launched by Aristo Developers in Cyprus. It is a 4,000-unit resort with spaces ranging from 180 sqm, a 30% down-payment system, with installments over two years, and a total investment of €100m.The project is one of the largest integrated golf resorts in Europe.

Another project will be launched in Limassol, which is located on an area of 1.7m sqm and comprises of a golf club and an international hotel, Madgy further revealed.

The company is studying the implementation of housing projects in the Egyptian real estate market, which will be marketed to local and foreign clients within the framework of the state’s plan to export real estate, he disclosed.

In addition, he stressed the importance of the development process that the Egyptian government is currently implementing, and its efforts to launch 40 new urban communities across the country, with the aim of doubling Egypt’s urban area to about 12% by 2052, which includes various investment opportunities for several activities, for both local and foreign investors.

He highlighted the importance of the Egyptian real estate market, with its significant demand and investment opportunities, which is a reason behind the company’s presence in Egypt’s real estate market and its marketing of its projects. In addition, the company satisfies the wishes of clients seeking to live in Europe and those wishing to obtain a Cypriot residency and nationality.