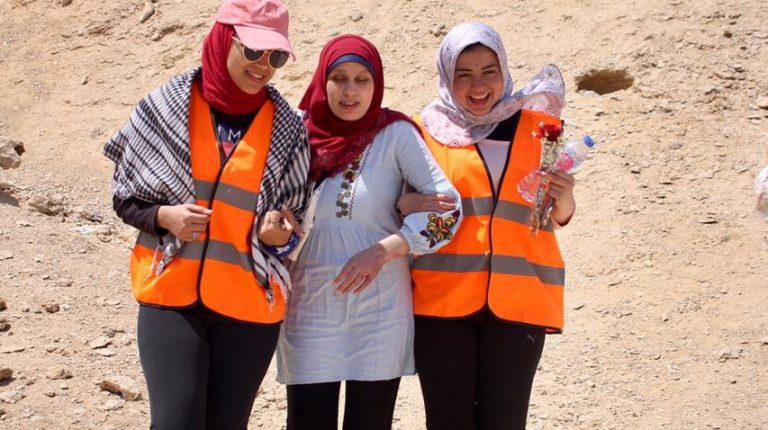 “I want to climb the tallest mountain in the world, now that I have known what a dessert feels like, and what it is like to climb a mountain, I can see it, and most importantly, feel it. There is nothing I cannot do in this world,” a visually impaired woman told Reham Abu Bakr, an Egyptian traveller, while laughingly running down the Wadi Degla Protectorate. 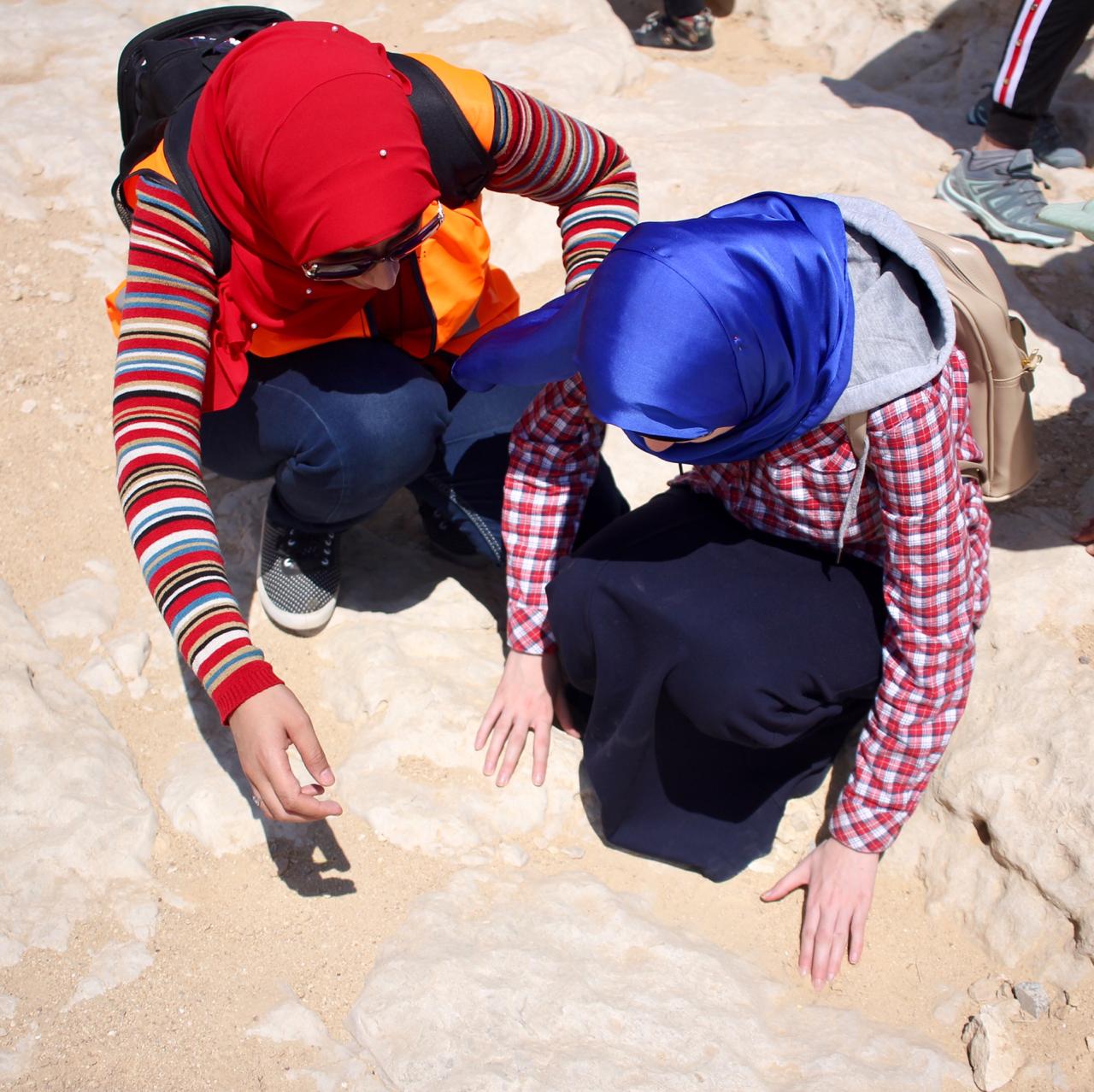 Fifteen visually impaired women spent their day on Friday climbing the Wady Degla mountain, with the help of 25 volunteers, as a part of Abu Bakr’s initiative, ‘Donate a Journey’. The event was held by Rahalah Organization for Sustainable Development (ROSD), an NGO aiming to empower local underprivileged citizens through eight programmes, each enhancing a part of their lives, and developing both their knowledge and living circumstances.

Passionate about the desert and a champion hiker, Abu Bakr’s lifelong dream was to make other people, who might be looked at as less fortunate, to enjoy the things she loves the most and visits places she believes worth visiting and inspired by.

“Everyone believes that in order to enjoy the peace of the desert you have to see it. However, it is all about sensing it,” Abu Bakr told Daily News Egypt, adding “being deprived from eyesight does not mean one cannot see what is beyond the surface of the visual impairment. These women can sense, feel, and flow with the dessert just like all of us if not more!”

The journey started with Abu Bakr explaining the meaning of a dessert, and what to expect from it.

“I explained the wideness of the protectorate, referred to the spaces they are familiar with, and the rocky slippery ground through things they already know, in order to help them draw a picture of the place that is closest to the real one,” she said.

Unlike predictions that women will not enjoy something that is hard to achieve by the visually impaired, the women rocked the mountain reaching up until 30 metres high with the help of the volunteers.

“I was told that it is not only that they are blind, they haven’t even had a single visit to any desert before. So most likely they will not enjoy it, and it will only increase their feelings of not being able to fit in,” Abu Bakr remembered the talk she had with the supervisor when she was explaining the trip’s idea for the first time. 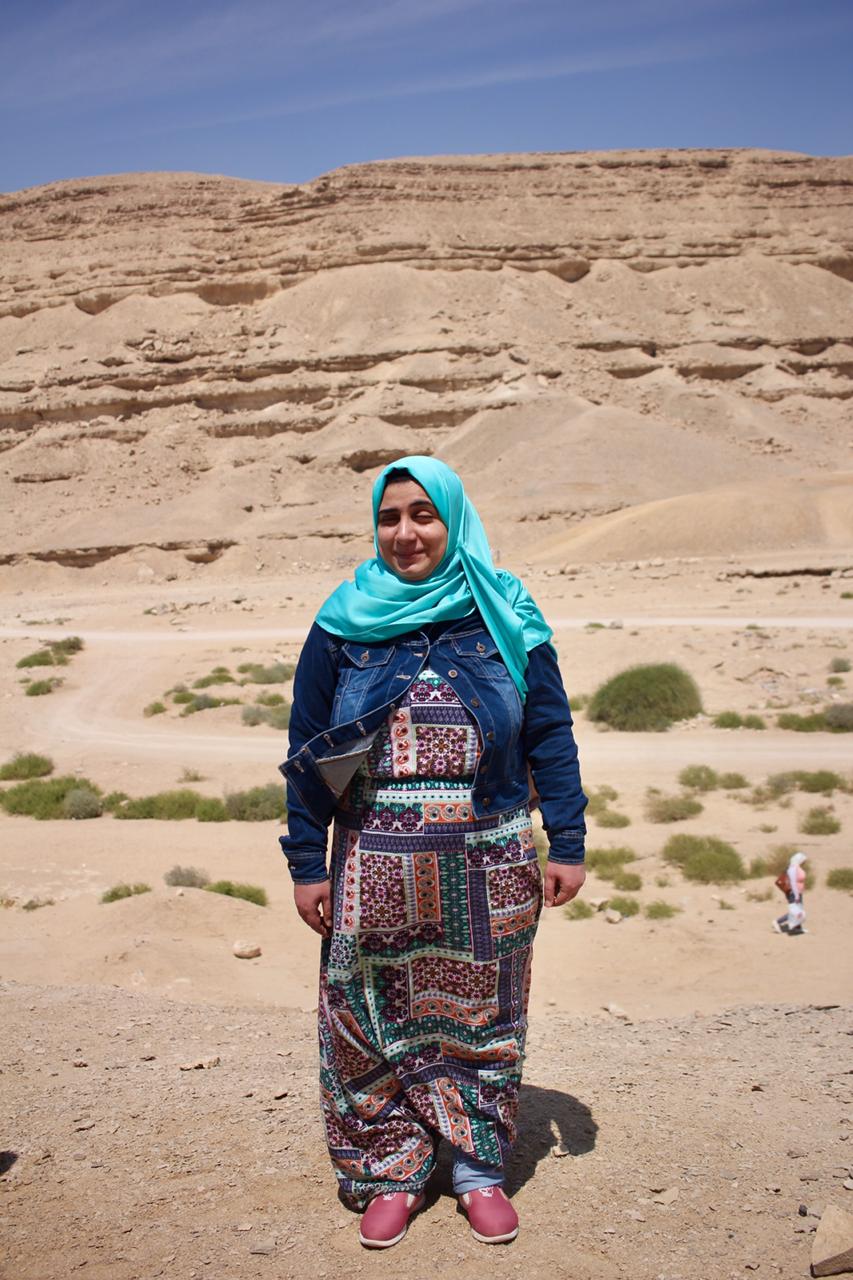 She admits that there were some challenges, but she had faith in the capabilities of those underprivileged, who are just like anyone else, and she overcame the challenges, leading her to make up her mind, and persevere in her path of studying the means of encouraging them to climb.

Thirty metres high is considered an achievement for a first-time climber, however, that was not even enough for some of the participants.

“After reaching the furthest planned stop, one of the women stood up stating that she does not want to stop there and wants to go further,” Abu Bakr recalls. Amid thrills, fast heart beats, and excitement, two of the volunteers accompanied her “to over 50 metres high.”

Usually the volunteers help the visual impaired climber in explaining the places of the surrounding rocks and the spaces.

“However, when the spectacular woman was descending from the mountain, she refused their help, saying ‘I memorised the steps and the places of the holes and the rocks of the mountain by heart, I can go down on my own’ in a tone of voice that no one could argue with,” Abu Bakr added.

The hours both the volunteers and the visually impaired women spent at the protectorate were enough to change both of their aspects toward life.

“For the climbers, they all confirmed they never imagined they would have such an entertaining time, and we left them with heartache as they begged for further trips like this,” Abu Bakr related.

“For me, I now know for certain that there is not a single thing in the world no one can do. This has been my dream for a long time, and I made it come true, with no plans to stop it,” Abu Bakr concluded.

We wanted to know: Which mountains have you climbed?