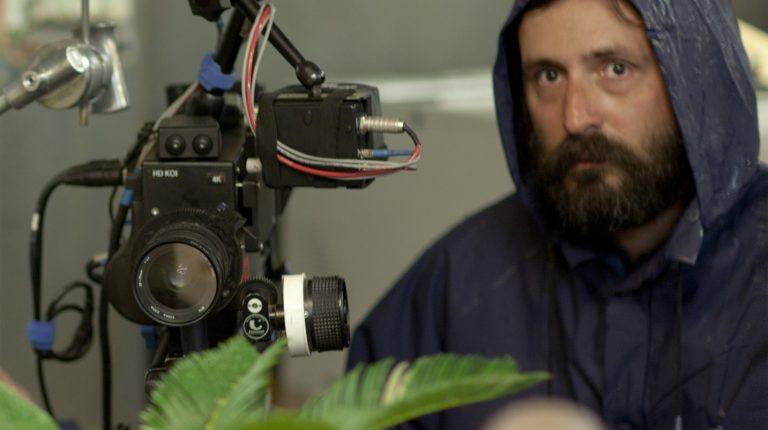 Quentin Dupieux’s seventh feature, Deerskin, acted by Jean Dujardin and Adèle Haenel, will open the 51st Directors’ Fortnight which will take place in May in parallel with the Cannes Film Festival.

Deerskin marks the return to Cannes of Jean Dujardin in a leading role after his worldwide breakout in The Artist, for which he won Best Actor awards both at Cannes and at the Oscars, among many other awards. Adèle Haenel, one of the most talented and highly regarded actresses in French cinema, again shows the breadth and fluidity of her range.

Dupieux began his career with music videos and advertising clips, working with Michel Gondry. In 2001, he directed his first film, Nonfilm, a disturbing and disjointed telling of the film shoot itself. Next came Steak, starring the well-known comic duo Éric and Ramzy, then Rubber selected for Critics’ Week in 2010.

In 2012, he directed Wrong, which was followed a year later by the short film Wrong Cops, selected at the Directors’ Fortnight. The first chapter of the feature film of the same name presented in 2013 at Sundance. In Reality, Alain Chabat has 48 hours to find the best whimper in the history of filmmaking.