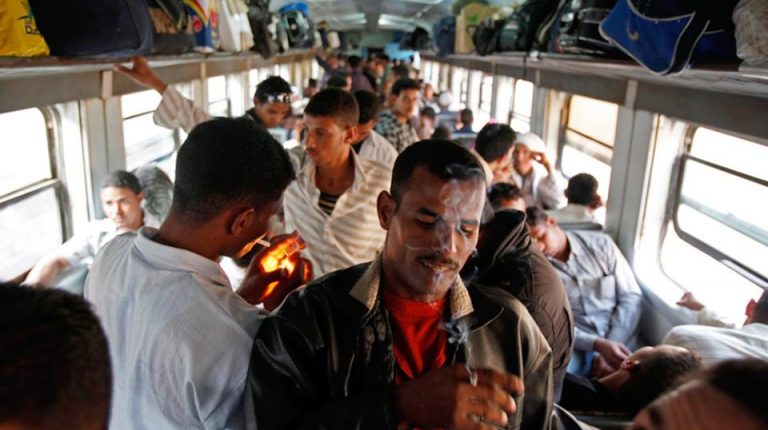 The Egyptian National Railways (ENR) started on Monday issuing new kinds of train tickets, a ‘standing’ one, which allows commuters to get permits on trains if no seats were available, without becoming subjected to the new fines.

The ‘standing’ ticket is to be allowed without a seat—unless there is one empty—in air-conditioned trains which include the Spanish, French and the VIP. Ticket bookings must not exceed 20% of the rail cars’ capacity.

The move came following an order by the Transportation Minister, Kamel El-Wazir, who announced last week that ‘standing’ tickets will be allowed until the ministry imports around 3,000 new railcars.

The new ticket also came after the ENR imposed several new fines on commuters who do not book tickets prior to their trips, starting from the beginning of April.

The fines imposed on travellers without tickets will be EGP 30 in VIP trains, EGP 20 in air-conditioned French and Spanish trains, and EGP 10 in the multiple stops-trains (the semi-affordable transportation for underprivileged workers and students).

Meanwhile, the ENR set new forfeits on a number of ‘violations’, including fines worth EGP 50 on anyone who steps out of the trains while they are moving or stopping, EGP 50 on whoever enters the stations without tickets, and EGP 50 on people who litter or spit inside trains or railway stations.

Other fines include surfing the trains set at EGP 200, while carrying heavy or ‘disturbing’ luggage will require a fine of EGP 210.