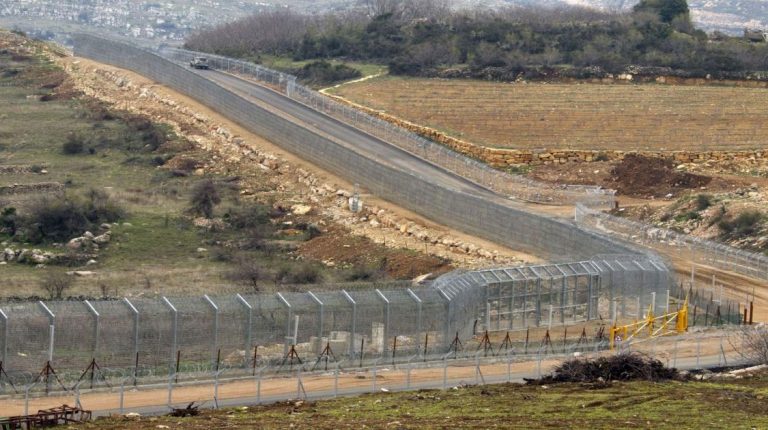 Despite the appeared agreement between Egypt under President Abdel Fattah Al-Sisi and the United States under President Donald Trump, but the two administrations have different policies in regard to the Middle East issues.

The Golan Heights is the latest point of difference between Egypt and US policies. In March, the US president recognised the Syrian Golan as Israeli land, in a move which contradicts the international law and was considered as an aggression on the Arabian rights in the strategic plateau.

Trump said: “It is the time for American recognition of Israel sovereignty over the Golan Heights,” ending decades of US policy regarding never-ending crises, such as the Golan issue. The US -as well as- the international community used to call the region as the “occupied Golan Heights”.

For its part, Egypt rejected the US move, and the Minister of Foreign Affairs Sameh Shoukry stressed Egypt’s stance which recognises the Golan Heights as occupied Arab land according to the international law.

The “deal of the century” according to the US and Israeli media is a supposed proposal for “regional peace”. The core of the plan is “showering tens of billions on economic aid on the Palestinians, as well as on Egypt, Jordan, and possibly even Lebanon,” according to New York Times.

Egypt’s announced stance regarding the Palestinian Cause is the two-state solution, and the necessity of establishing a Palestinian state on the borders of 1967 with East Jerusalem as a capital.

Ahmed Abd Rabou, a visiting assistant professor of political science at Josef Korbel School of International Studies, University of Denver, told Daily News Egypt that there is no accurate evidence that Egypt is involved in the “deal of the century”, only indications.

“I do believe that there is something called “deal of century” and it aims to relocate the Palestinian people outside Palestine in other countries to end the issue of the Palestinian refugees, in the US-Israeli point of view,” he said, adding that Egypt should be part of any arrangements.

Abd Rabou noted that he doubts that Egypt would accept relocating Palestinians in Sinai, and the Palestinians themselves will never accept that.

There are some differences between Egypt’s and the US stances in Libya. Egypt is one of the countries that have mutual borders with Libya, and is very interested in the Libyan issue.

Egypt, the UAE, and France support the Commander of the Libyan National Army, Khalifa Haftar, in his moves to reunify Libya under his leadership. However, the US believes that the solution in Libya should be a shared-power system in accordance with the United Nations’ plan.

In 2017, Egypt air forces stroke sites in eastern Libya in revenge for Egyptian citizens who were killed by a terrorist group in the region. Analysts believed that the Egyptian strikes came as part of its support for Haftar.

During the same year, the US rejected Haftar’s military campaign on the UN-US backed government in Tripoli.

On Thursday, Haftar forces have moved from eastern Libya, launching a new military campaign to entre Tripoli where the internationally recognised government is based. Haftar appeared in a video, calling for liberating the capital from the militias and restoring stability in the entire country.

The US and the UN Security Council warned of entering the capital. Despite its support to Haftar, Egypt issued a late statement calling for halting military actions in Libya.

Abd Rabou said that Egypt is taking the side of Haftar but the US, the UK, the UN, and a number of countries have another view for the situation, as they believe in mediation between the main rivals.

Abd Rabou added that the closest scenario in Libya is a civil war as the two main sides have equal power. He noted there are differences between the positions of the US and Egypt in Libya, but he believed that these differences will not affect the relations between the two countries for two reasons.

The two reasons are: the US had abandoned the situation in Libya since the accident of killing its ambassador in Libya, and the US has other priorities. The other reason is that Trump is not interested in Libya and he does not know a lot about the country.

Abd Rabou, however, believes that the differences between the two administrations are not affecting the relations between the US and Egypt.