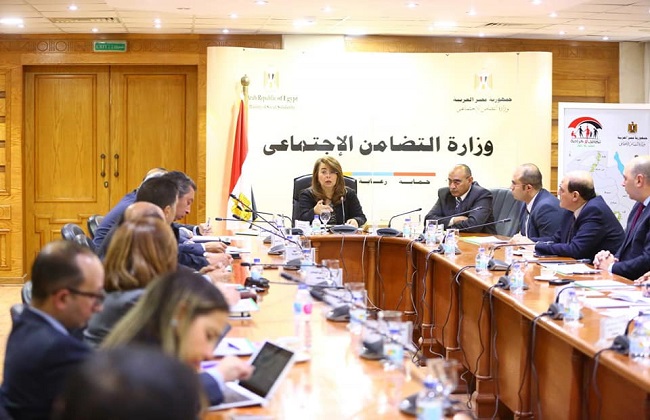 After two years of endless controversy and long debates between the government and civil society over the current Non-Governmental Organisation (NGOs) Law, Egypt has officially decided to replace it with a new law upon the calls and demands of NGOs stakeholders.

During the World Youth Forum six months ago, President Abdel Fattah Al-Sisi has approved amendments to the existing law under the supervision of the Minister of Social Solidarity, Ghada Wally.

Two days ago, Wally said a new draft law was prepared after the ministry had decided to replace the current law rather than amend it.

The decision came to strengthen the civil work in respect for its positive role in social development, which raises the question of whether the new law would end the state of controversy that has continued for 17 years since the issuance of the first NGOs Law for 2002 and until the current one was issued in 2017.

The cancelled controversial law was drafted by the head of the parliament’s social solidarity committee, Abdel Hady Al-Kasby, and was ratified by President Al-Sisi in May 2017, to replace Law no 84 for 2002, six months after the parliament’s approval.

The law, consisting of 89 articles, was approved, while another draft was sent from the cabinet to the parliament in September, but was not discussed.

The law was criticised for imposing restrictions on the work of NGOs, whether human rights organisations or those working in the development field. Civil activists said the law imposed harsh punishments on violators, up to five years in jail and EGP 1m in fines.

The new draft law has not yet been released, but some of its features have been reported to the media. The parliament will hold discussion sessions over the law and then it will be referred to the president for ratification.

Wally said in a press statement that the new law will take all international standards into consideration, confirming that the final draft came to answer most of the concerns and objections of the workers of civil society. It would be consistent with the Constitution and international conventions signed by Egypt, she added.

The law aims to encourage civil work and encourage Egyptians to volunteer and contribute to the civil developmental efforts, Wally said.

Several community dialogue sessions headed by the assigned parliamentary committee were held during the past few weeks with NGOs representatives, public and legal figures, and youth over the amendment of the existing law, which focused on reconsidering the disputed articles to come up with a set of recommendations satisfactory to all concerned bodies.

The sessions urged benefiting from international experiences in such laws governing the civil work. The cabinet initially approved the new draft law during its 3 April meeting, Wally said.

Expected provisions in the new law

The planned administrative authority would allow normal citizens or public figures in Egypt to launch or implement an initiative or a campaign from the ones authorised for NGOs.

The new law would also permit foreigners who have permanent or temporary residence in Egypt to join NGOs boards, on the condition that they do not exceed 25% of the board members.

The law also would allow local NGOs to open branches outside Egypt and to receive funds from individuals, institutions, or foreign NGOs authorised to work in Egypt.

The competent minister may authorise any of the foreign communities in Egypt to establish an association concerned with the affairs of its members.

Moreover, the new law would also organise the licensing of NGOs in order to allocate places to accommodate children, the elderly, ill people, others in need of social care, and persons with disabilities.

The new law will grant the right to NGOs to receive cash from inside Egypt from normal or public figures of Egypt or from foreign NGOs authorised to operate inside Egypt.

It would allow anyone to collect cash or in-kind donations other than civil society organisations after obtaining permission from the planned administrative authority.

All NGOs must disclose its funding sources and their purposes.

Article 8: It is related to the establishment of NGOs and stipulates that an official document on the NGO’s work be submitted, specifying its location. A fee of EGP 10,000 should be paid to launch the NGO, and be presented along with its founders’ criminal records and financial disclosures. Executive regulations may require that more documents are to be submitted.

Article 9: It states that NGOs will only be established after its founder has received approval, and it should not be approved in the event of submitting any inaccurate papers or failing to submit any of the required documents.

Article 19: If any NGO wants to partner with another organisation, whether local or international, in any civil work that aligns with its purpose, it should first receive a licence from the authorities permitting such work. The administrative authority will be responsible for settling the conditions for both NGOs to cooperate.

Article 21: It stipulates that any NGO can relocate its headquarters and open a new office in any governorate, but only following ministerial approval. The NGO must submit documentation which discloses the new headquarters, including any new activities that will be carried out by the NGO in this place.

Article 24: NGOs should notify the state of any financial grant, and if no response was received within 60 days, it means that the grant has been rejected.

The law includes harsh penalties for NGOs that violate the law, ranging from 1-5 years in prison and EGP 50,000-1m in fines.

Deputy of the social solidarity committee in parliament, Mohamed Abu Hamed, said that abolishing the existing law came with a presidential mandate, adding that the president has set a course for reaching the proposed amendments by entrusting the government with dialogue with NGOs.

“The House of Representatives will respond positively to the amendments of the NGO Law approved by the government, because the previous witnessed huge rejections,” he said.

He pointed out that the parliament wants to reach a law that satisfies all civil society organisations, and is expected to be presented to the House of Representatives during the coming period for discussion.

He continued: “The procedures of funding NGOs were seen during the drafting of the previous law as a national security concern. The parliament will study the new draft law also in consideration of national security.”

Human Rights Watch (HRW) said the elimination of the 2017 law was a good first step.

“The government should quickly publicise this draft so that civil society, which will be most affected by the law, has an opportunity to review and comment on its contents,” she added.

Around 47,000 local associations and 100 foreign employees in Egypt are required to work under the new law, which is dedicated to regulating the work of civil society organisations. In August 2017, the US decided to reduce $290m of its military aid to Egypt, saying that its decision was due to Egypt’s low human rights record, highlighting flaws of the current NGOs Law. Last July, the aid was reinstituted.