The Central Bank of Egypt (CBE) said its basic interest rates and the inflation forecast have remained consistent with the bank’s target downward trend of inflation. 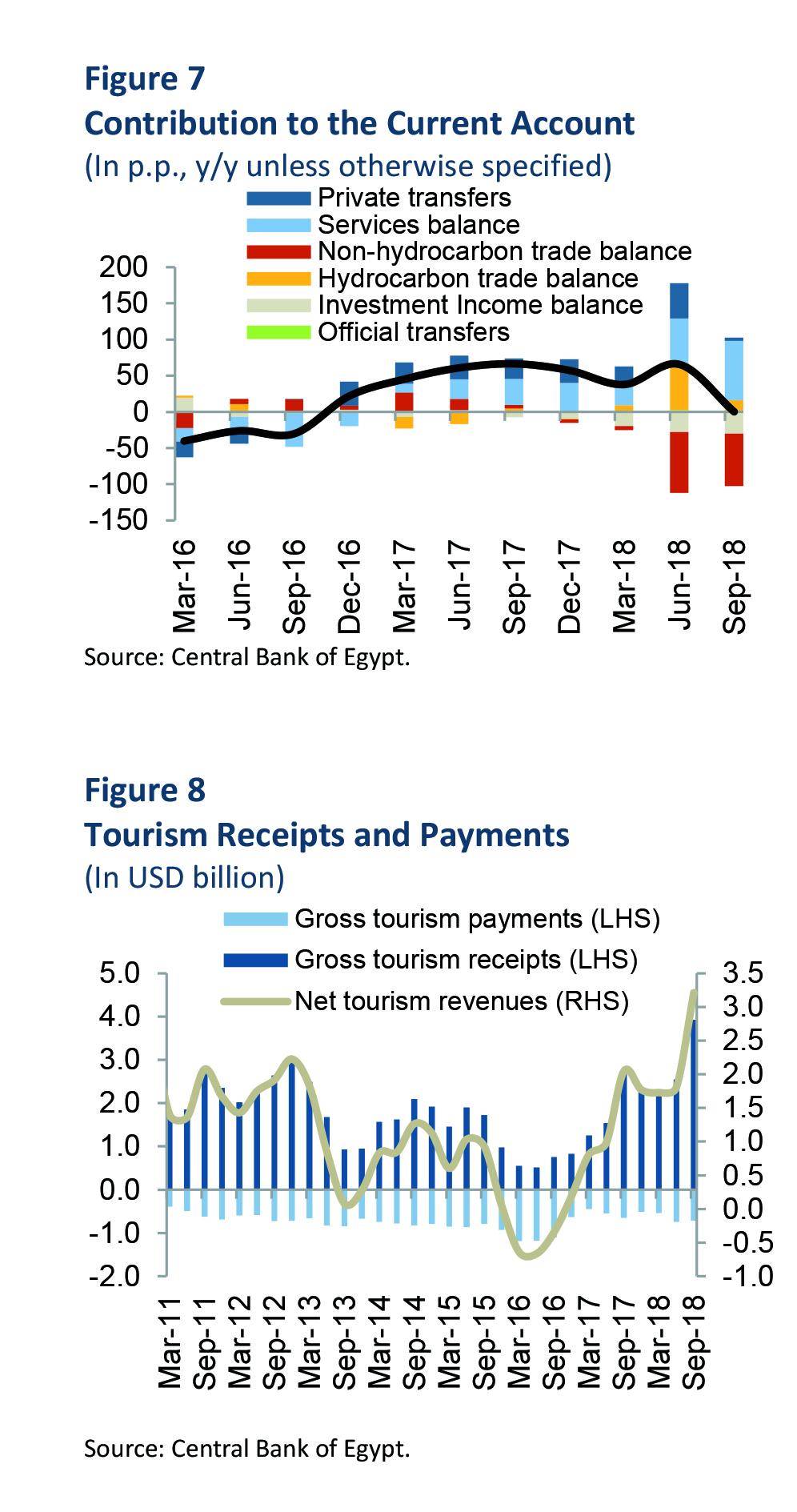 The CBE expected the real GDP growth to continue increasing, supported by structural reforms, even though it was affected by the government measures to control the state’s finances.

The CBE noted that Brent prices in the future outlook has remained without changes, however, global petroleum prices remain volatile.

The CBE expected the cost of the majority of petroleum products to be covered and the automated pricing mechanism to be activated in mid-2019. Global prices of food products are also expected to stabilise at the same local consumption rates in 2019, before seeing an increase in 2020.

It pointed out that in addition to the developing global prices of basic commodities, the development in the economic activity and political and commercial tensions continued to form a risk, alongside with the pace of constraining financial situations. Moreover, the volume and timing of the possible measures to control the state’s finances and inflation predictions also continued to pose a risk in terms of the local economy.

The CBE said that liquidity surplus in banks declined in December 2018 for the first time since December 2017, recording an average of EGP 717.3bn, an equivalent of 13.5% of the total GDP during the retention period ending in December 2018.

The CBE also revealed that the rate of yields on new deposits remained relatively stable, averaging 12.8% since April 2018, after falling as a result of the cumulative reduction in basic interest rates by 200 basis points in February and March 2018.

At the same time, the yield price on new loans rose slightly to 17.3% on average in October and November 2018, after falling to an average of 17% in the third quarter of 2018.

“The yield of government securities in local currency has stabilized at 15.8% since October 2018, after rising between May and September 2018, compared to 13.7% in April 2018 and an average of 14.6% in the fourth quarter of 2017, which is before the CBE reduced the basic yield prices,” the CBE said.

It added that the developments in the global financial markets had an impact on the return of government securities in local currency, pointing out that this effect was stronger than the effect of the cumulative decline in the CBE’s basic interest rates by 200 basis points in February and March 2018.

At the same time, real estate unit prices remained stable after falling in some areas in Cairo in the third quarter of 2018 for the first time since the fourth quarter of 2016.

Egypt’s real GDP growth slightly softened to 5.3% in the third quarter of 2018, after increasing for six consecutive quarters and stabilising in Q2 of 2018 at 5.4%, according to the report.

The report indicated that the decline in the contribution of investments to GDP has more than offset the improvement in that of net exports and, by a lesser extent, consumption.

Meanwhile, the unemployment rate inched up slightly to 10.0% in Q3 of 2018, after declining for seven consecutive quarters.

Furthermore, the CBE report cites that economic growth of Egypt’s external environment is estimated to have continued to soften for the second consecutive quarter during Q4 of 2018, registering 2.5% down from 2.7% in the previous quarter and from 3.2% in Q7 of 2017, the highest pace since 2011.

Economic growth in advanced economies is estimated to have continued to ease for the fourth consecutive quarter to register 1.5% in Q4 of 2018, compared to 1.8% in Q3 of 2018, as slower growth in the euro area, the United Kingdom and Japan more than offset a stronger growth in the United States.

On the other hand, economic growth in emerging economies continued to inch up, registering 4.8% in Q4 of 2018, maintaining continuous improvement between Q4 of 2015 and Q2 of 2018. Higher growth in Brazil and Russia is more than offset slower growth in India and China, compared to the previous quarter.