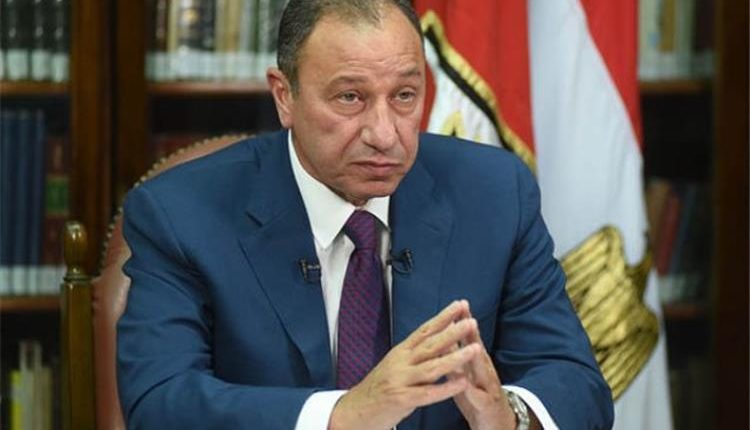 Chairperson of Al Ahly SC, Mahmoud El Khatib, held an urgent meeting, on Monday, with the club’s football players and the coaching staff over the team’s 5-0 defeat against South Africa’s Mamelodi Sundowns on Saturday in the CAF Champions League quarter-finals.

El Khatib met sat with the players before their training session at the club, expressing his disappointment over the players’ performance in that game. He also criticised the coaching staff led by Uruguayan manager Martin Lasarte, accusing everyone of causing this huge loss which faded the team’s hopes to win their first Champions League title since 2013.

However, El Khatib said there is still slight hope in the second leg match in Egypt, and called on the players to present a strong performance.

Al Ahly will need to score six goals against Sundowns next week to qualify for the semi-finals.

Al Ahly’s fans were shocked after their team’s huge loss, described by some as scandalous, which turned Al Ahly’s dream to claim their ninth African title into ashes.

Lasarte was the main one to blame for the team’s series of losses in Africa. Since he claimed the leadership of Al Ahly late last year, Lasarte played seven matches, of which four were outside Egypt. The team lost three of these away matches.

The Uruguayan so far showed a poor performance with Al Ahly in African clashes outside Egypt, especially that he keeps making changes in the team’s formation that led them to collapse, as was the case against Sundowns.

Before Al Ahly, Lasarte has never played in African competitions, however he used to play in South America which is quiet similar to the atmosphere in Africa which makes his argument weak.

On the other hand, Lasarte presents a different performance in the Egyptian Premier League, as he managed to lead Al Ahly to achieve nine consecutive wins, bringing the club to the second place with only two-point difference from leading Zamalek. Al Ahly, under Lasarte, also won their four home games in the CAF Champions League.

Apart from the constant modification of the team’s formation, Lasarte seems very conservative with Al Ahly outside Egypt, as he exaggerates in his defending tactics even if the opponent was Tanzania’s Simba.

Ironically, Lasarte’s defensive style failed against Sundowns. Although the team had three midfielders, Ahmed Fathy, Amr El Solia, and Karim Walid, the team lost linkage between its lines, which was Lasarte’s main responsibility.

Additionally, Lasarte’s insistence on placing Nigerian Junior Ajayi as a winger makes Al Ahly lose an important element in its attacking line, especially that the player is not quick enough for this position, as he performs much better when is a spearhead, especially beside Marawan Mohsen who also lacks speed.

Al Ahly now needs a miracle in the second leg, which is very unlikely to happen, given the weak performance of Al Ahly and the strength showed by Sundowns. All the odds are in the favour of Sundowns who has now become the strongest candidate for the title.

El Khateeb ruled out sacking Lasarte as the team will play several important matches locally and continentally in the upcoming period which requires stability. Al Ahly is now strongly competing over the league title, and has a strong clash against Misr Lel Makkasa on Tuesday, so any changes at the present time would make the situation much worse.

Some of Al Ahly’s board members suggested dismissing Lasarte and appointing Mohamed Youssef as a temporary coach, however, that board delayed making its decision until the second leg of the quarter-finals planned to be held next Saturday. In case the team failed to qualify, the board will probably dismiss Lasarte.

The team returned to Cairo on Sunday from South Africa and resumed training on Monday, in preparation for Misr Lel Makkasa, as the coaching staff and the team realize that losing any point will put the team’s dream of the league title aside.

Lasarte will be holding a session with the players before the training in an attempt to remove any negative feelings the players still have from the recent loss.

In a related context, defender Saad Samir underwent some tests after his knee injury against Sundowns.