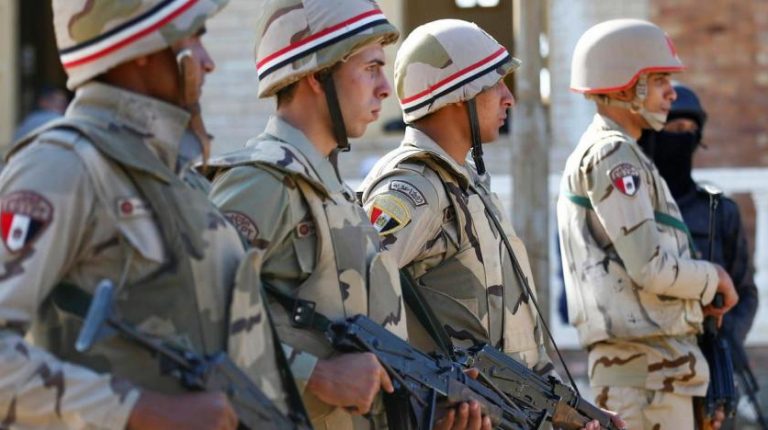 Four policemen and three civilians were killed on Tuesday morning after a suicide bomber blew himself up near a checking point in the city of Sheikh Zuweid, the ministry of interior said in a statement.

The victims included two senior officers from the investigation bureau of the Sheikh Zuweid police station and two soldiers. Among the civilian casualties is a six years old child.

The bombing took place near the populated area of the Tuesday Market, which lead to the injuring of 26 civilians who are currently being hospitalised.

According to the ministry, the deceased suicide bomber was 15 years old.

In another separate incident, a conscript was killed in Rafah while dismantling a bomb, while another was injured.

The Islamic State militant group issued a statement on accounts of its alleged followers claiming the attack.

In March, the Egyptian military, as part of the Sinai 2018 operation, said it killed 46 “extremely dangerous” suspected terrorists during a fire exchange in North and central Sinai.

In February in Cairo, a suicide bomber directly blew himself up when security personnel came close to arrest him at the area of Al-Darb al-Ahmar near Al-Azhar Mosque, which is regularly crowded with people and vendors. Three policemen were killed.