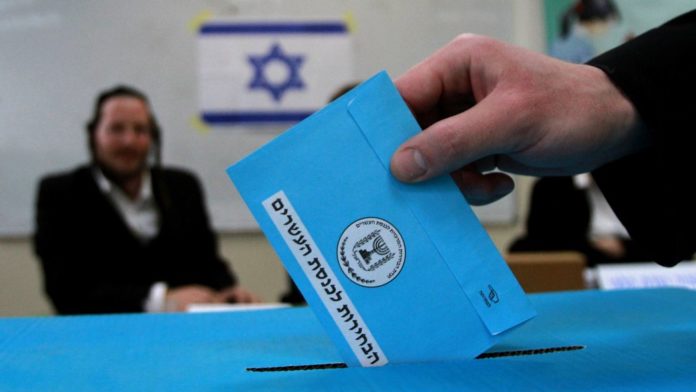 Israeli voters headed on Tuesday to cast their ballots in order to choose their upcoming prime minister as final opinion polls showed a fall of Benjamin Netanyahu’s right-wing party, Likud’s, seats in the Knesset.

Around 6.3 million are eligible to vote in the Knesset’s elections at more than 10,000 polling stations. Voting began early on Tuesday morning and is expected to be closed at 10pm. Initial results are expected to be released before Wednesday morning.

The main race is between Netanyahu, who seeks his fifth term in office, and his strongest political rival Benny Gantz, the 59-year-old former army chief who managed to gain significant ground in a short time.

Meanwhile, the Democratic Front for Peace and Equality (Hadash) is expected to take from eight to nine seats in the new parliament. While the National Democratic Assembly (Balad) is predicted to take four seats. However, the Labour Party, which once led Israel for years, might decrease to hold 18 seats.

Even if Netanyahu is re-elected and defeated his competitor, he will still face other major challenges including ‘dangerous’ charges of bribery, fraud, and breach of trust in three cases pending a final hearing. Netanyahu’s party was established in 1973 and he has been in power since 2009. He also led Israel from 1996 to 1999.

For Gantz, he formed the centrist Blue and White alliance with the former Minister of Finance, Yair Lapid, and other top former army commanders. In his speeches, Gantz pledged to unite Isreal from the division which took place in recent years.

It never happened that one party won the majority in the 120-seat parliament, as Israel always had coalition governments.

In a tweet, Israeli President, Reuven Rivlin, urged voters to head to polling stations. “My fellow citizens, today is the day. Go to your polling place and vote for the party that you believe will do the right thing for the State of Israel. The results are decided at the polls by our votes. Go and vote,” Rivlin tweeted.