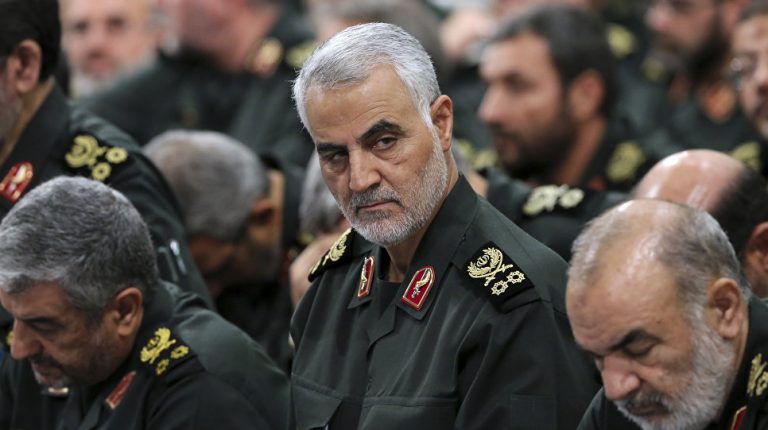 Washington put the elite Iranian Revolutionary Guard Corps (IRGC) on its list of foreign terrorist groups on Monday, as part of its tougher line against Tehran.

In response, Iran’s Supreme National Security Council applied its own terrorist designation to the US Central Command and the US army forces.

Iran also labelled the US as a “state sponsor of terrorism.”

The move marks the first time the US has designated a part of another government as a foreign terrorist organisation.

“This unprecedented step, led by the Department of State, recognises that Iran is not only a state sponsor of terrorism, but that the IRGC actively participates in its financing and promotes terrorism as a tool of statecraft,” a statement from the US President Donald Trump’s press secretary said.

Trump’s office said that the designation “sends a clear message” to Tehran that its actions have consequences.

The designation means that sanctions would be imposed on the IRGC, including a freeze on assets that it may have in US jurisdictions. It will also ban US citizens from doing business in any way with Iranians or from giving material support.

On Tuesday, Iranian lawmakers dressed in paramilitary uniforms and chanted “Death to America” as they convened for an open session of parliament after the White House’s decision.

President Hassan Rouhani declared that the force’s popularity would only surge in the wake of the designation, saying that the guard members would be dearer “than any other time in the hearts of the Iranian nation,” AP reported.

Conflicting relations with Iran can be traced to a large extent to 19 August 1953, when both the United Kingdom and the US orchestrated a coup that overthrew Iran’s democratically elected Prime Minister Mohammad Mossadegh.

The IRGC is Iran’s elite military force responsible for protecting the Islamic regime from internal and external threats. A 125,000-man force, it also controls the paramilitary Basij militia, which has about 90,000 active members, and runs the foreign special operations Quds force.

The IRGC was established at the end of Iran’s 1979 Islamic Revolution as an elite armed militia whose role was to protect the then embryonic Shiite clerical regime. It also formed an important counterweight to Iran’s conventional military, many of whose leaders were believed to be loyal to the exiled shah.

After years of economic sanctions imposed by the west, as well as years of government mismanagement, Iran faces a real economic crisis. Since President Rouhani took office one and a half years ago, he has been slowly reversing the inflationary policies of his predecessor Mahmoud Ahmadinejad.

Germany bans landing of Iranian airline on its territory