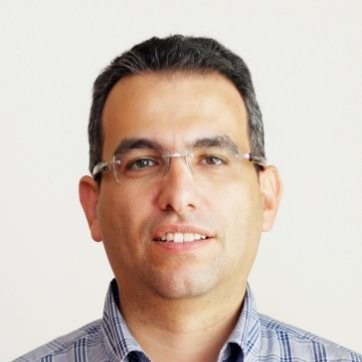 Egypt is following the footsteps of developed countries, and is putting its feet on the first road of the digital health transformation, in terms of the speed of production and the manufacture of medicine in Egypt, as well as its support of the medical system to export medicine to Africa and to increase investments in the medical field. This is the outline of the results of the 10th World Economic Forum of the Middle East and North Africa, in which more than 1,000 local as well as international political and economic figures participated.

Ramez Mohsen, the managing director of Janssen North Africa and one of the most prominent participants on behalf of Egypt in the forum, confirms that the aim of the conference is to increase the investment, create a better climate for the citizens, and to utilise digital technologies for the benefit of citizens in the Middle East and Africa. Mohsen pointed out that the investment in Egypt in the field of healthcare has reached unprecedented prospects and that digital medicine has become the medicine of the near future. The comparative statistics show that there are 31 million Egyptians using a mobile phone, which facilitates and improves communication between physicians and patients.

Mohsen added that digital health in Egypt allows patients to better communicate with competent physicians. One of the most important goals of the idea of ​​digital health is to speed up medicine production, including medicines where scientific researches usually take decades to be conducted, but with digital health, this period has been greatly reduced.

Moreover, one of the benefits of digital medicine is that when there is a great difficulty in the arrival of the patient to the treating physician, the role of the digital medicine emerges as it overcomes this obstacle with the ease of communication between the two parties while giving important guidance. Mohsen added that this is already taking place in other countries and is going to be applied in the region soon. One of the examples of the application of digital medicine is the recognition of sound in the field of psychiatry as is the case in the US, where the treating physician is able, through only the sound of the patient, to determine whether he/she is suffering from depression, or whether the patient has healed or deteriorated. That is a huge revolution in the world of medicine and also in the field of scientific research.

He confirmed that Egypt is a leading country in our region and we support the general policy of decision-makers to head toward Africa. The Ministry of Health itself wants to launch a campaign of 100 million Africans, thus increasing the bond between our African brothers and Egypt, especially that both suffer from similar diseases including hypertension, diabetes and obesity. This allows the Egyptian pharmaceutical market to be actively present in African markets and support all countries in the continent.

Mohsen confirms that one of the most important applications of the health development in Egypt is the precoding project adopted by the ministry of health, which means that every medicine pack has its own non-recurring digital barcode which can be clicked to show the journey of the package from the production from the factory till it reaches the pharmacy. We, at Janssen, have all our medicines numbered with a barcode for safer medicines.

Mohsen concluded by saying, “We contacted Amr Nassar, the minister of trade and industry, during the forum. We talked about several things, including facilitating the production of pharmaceuticals in Egypt, supporting the medical system to export medicine in Africa, in addition to discussing the pricing process and developing a pricing programme.”

Several Jordanian firms plan to increase their investments in Egypt