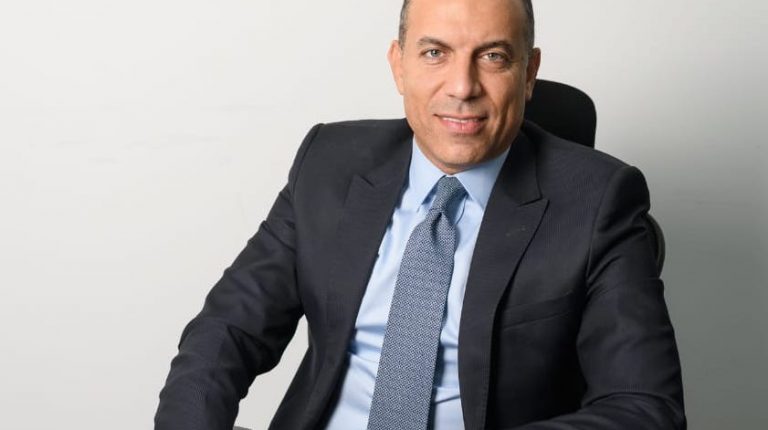 He added that more than 70% of the firm`s lands are sold.

DNE sat down with Al Kammah for an interview to discuss the company’s plans regarding land acquisition. The transcript for which is below, lightly edited for clarity:

How many factories have you established in your industrial zones?

The company has several industrial zones; could you please tell us more about their spaces and the number of factories in each one?

Did the utilities enter all your industrial zones?

No, only 7 m  sqm of our industrial zones’ land have witnessed the entrance of the utilities, while the majority of the rest of the lands are not utilised as we still did not receive them.

Are there any promises from the IDA about the date to receive the rest of the lands?

There are promises to receive in April an area of 5.4 m sqm of which, we will receive 4 m sqm in the 10th of Ramadan, in addition to 1.4 m sqm in Sadat City.

Has the firm withdrawn land from non-serious investors?

Most of our investors are serious and committed to the timeframes and the periods allowed by the Industrial Development Authority (IDA). Yet, the case was different with only two investors thus we have took back the lands from them and re-offered the lands again due to the huge demand and requests.

Could we estimate the space of the withdrawn lands?

Who are the most prominent investors in your industrial zones?

The company has attracted a number of international companies such as L’Oreal Paris for cosmetics, Jotun, KAPCI Coatings, Mintra, Iskraemeco, Nissan, Padico International and many others to set up factories at the company’s industrial zones.

Through the firm’s industrial zones, how many direct and indirect jobs did it provide?

Elsewedy Industrial Development provides about 125,000 direct jobs and 250,000 indirect jobs to the local market through its current industrial areas.

Moreover, I want to mention that the firm is expected to provide around 100,000 additional jobs through the industrial zones that are under construction.

What are your new projects?

What are the firm’s targeted areas?

The industrial development sector targets the developmental axis in Ain Sokhna as well as the Suez Canal and Ismailia.

In the next phase, it aims to study and target the development axis in Upper Egypt between the new cities, in order to provide them with an integrated industrial and residential backbone.

Furthermore, the company aims to develop the logistical infrastructure in all governorates of Egypt, through studying and establishing the logistics and commercial centres at all Egyptian governorates.

In general the firm took its lands as a usufruct (right to benefit) or through licences?

All the company’s lands are free owned except the new project of Ain Sokhna, which is on area of 10 m sqm.

Concerning the new project in Ain Sokhna, what are your targeted industries in this area?

In general, Ain Sokhna targets the heavy and medium industries. Therefore, through this area, we aim to attract more foreign investments.

Did the decision of the pound flotation increase the prices of the utilities entrance?

What about the prices increase this year?

This year, I think the price increase rate is normal due to the inflation. We increased the prices of the lands this year by about 10% to 15%, compared to 2018.

I want to highlight that this increase rate is normal given the monetary policy that has modified the situation and limited the dealing in parallel markets. The Egyptian pound also expresses the actual purchasing power and a natural result of the current inflation rates. The state is now adjusting the current situation, through providing expansion projects and ensuring a moderate investment climate, which in turn will improve the economic climate in Egypt.

Finally, how do you see the state of the Egyptian market?

The Egyptian market is a promising market and a catalyst for domestic and foreign investment, especially in light of controlling the exchange rate’s volatility and the direction of the rise of the Egyptian pound against the dollar, and in light of the successful policies followed by the monetary policies of the Central Bank of Egypt.

The rise in Egypt’s credit rating is a guarantee of investment inside Egypt and a safe haven for foreign investors to invest in Egypt.

Also, the availability of energy sources, especially electricity and renewable energy, promotes this, as well as the lower energy consumption tariffs than those of neighbouring countries.

Moreover, I want to highlight that the new Investment Law is aligned with the decision of the pound flotation, with both aiding in attracting foreign investments.

On the other hand, I think that the government could attract more foreign investors if the concerned bodies would announce a clear plan for the offering of the lands, in addition to implementing some modifications regarding some points in the new Investment Law, as investors need some clarifications or have suggestions on some points. Moreover, there should be more coordination between the private and the public sectors.

US dollar loses 5 piasters against Egyptian pound on Wednesday