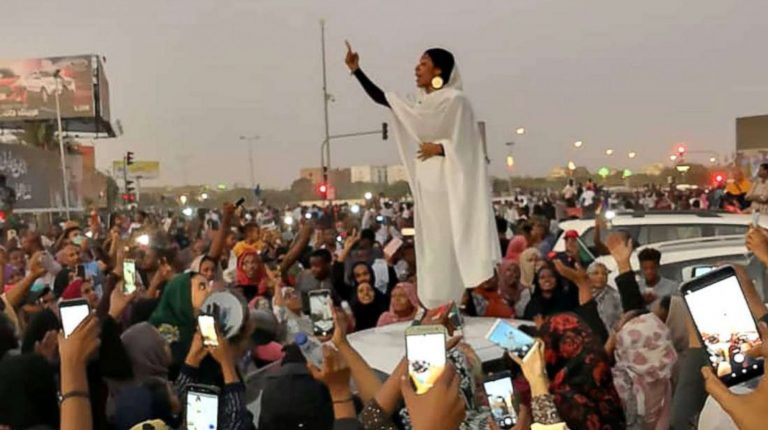 Sudanese Autocrat Omar Al-Bashir was ousted, and is under house arrest, to prevent the country from slipping into chaos, Sudan’s Defence Minister, Vice President, Awad Mohamed Ahmed Ibn Auf announced in a televised statement, on Thursday.

He announced the formation of a transitional military council to head the country for two-year period head the new presidential council.

Furthermore, all ministers have been acquitted, cabinet, and local states’ governments have been resolved. Additionally, he announced a one-month curfew and a three-month state of emergency.

“We remain committed to all our international treaties and agreements,” Ibn Auf emphasised.

The Prime Minister, former vice presidents, ministers, high ranking Army officers and over 120 personalities including Ahmad Haroun (wanted by the ICC for war crimes and crimes against humanity in Darfur) were arrested by the new Military council.

Sudan has been swept with powerful mass demonstrations over the last several months. The outrage was originally sparked by the high increase in the cost of living, as the government cuts subsidies on basic goods such as bread.

Al-Bashir came to power in 1989 during an Islamist and military-backed coup. In the following years, he purged Islamists and insiders from his party and demonstrated a knack for political survival.

Al-Bashir’s 30-year kleptocracy has been marked by famine and civil war, which led to the division of the country. In 2011 South Sudan gained independence.