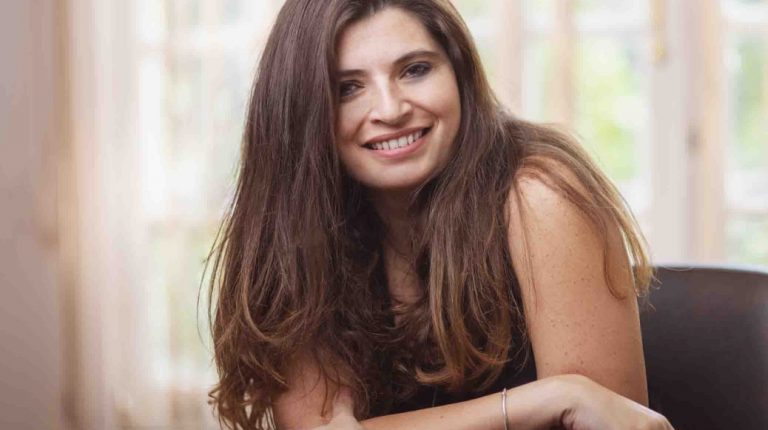 When you are trying to get the word out about your product by marketing and promoting it, the process can be difficult. Hence, branding or promoting a notion or a country will be even more difficult.

Since 2016, Lamia Kamel, chairperson of the communications consulting agency CC Plus, took the risk regarding Narrative Summits, which is all about that mission.

Kamel told Daily News Egypt in an interview that the Narrative Summit is an initiative aiming at nation branding, which requires an identity, a purpose, and a desire to communicate the purpose of this particularity.

“Hence, we had to capitalise on partnerships. Therefore, from year one, we built partnerships with the United States embassy in Cairo, the United Nations (UN), the Chartered Institute of Public Relations (CIPR), and others international public relation agencies,” Kamel stated.

She explained that the idea was to bring the best calibres in the country and to discuss growth, leadership, and similar issues about PR, which would support the notion of nation branding, and as the summit persisted to the second and third edition, it grew further in terms of partnerships.

“My objective throughout all the editions of the narrative summits is to create an initiative platform to support Egypt’s branding as Egypt has a really wide spectrum,” she stated proudly.

“What we really want to focus on is a futuristic, progressive approach, and to shed light on leadership and collaboration,” Kamel asserted.

On 14 April, the fourth Narrative Summit will kick off in Cairo, which is considered as Egypt’s first international tech innovation forum.

The event will be organised by CC Plus in cooperation with digital solutions provider VictoryLink, under the auspices of Egypt’s Minister of Communications and Information Technology, Amr Talaat, and the Minister of Immigration and Egyptian Expatriates’ Affairs, Nabila Makram.

Kamel told DNE in an interview that the upcoming event is about a subtopic of the narrative “Innovation” as Egypt is very progressive when it comes to embracing entrepreneurship and aligning with artificial intelligence.

“We named it ‘Disruptors,’ as it’s about innovation and everyone who has a stake in it. We still have the arms of the ministry of communication and information technology, UN Women, the US embassy, and Endeavor Egypt, which is one of the leading entrepreneurial institutions and nongovernmental organisations (NGOs) working to upscale small and medium-sized enterprises (SMEs), such as Zooba and SolarizEgypt. So, we kept the same model, but this time we are partnered with a digital solution provider, VictoryLink. We’re also expecting more youth will be involved in the next summit since it’s about innovation and technology,” Kamel explained.

Notably, implementing the Narrative Disruptors event is the first execution of the summit’s 2018 proposals.

DNE also interviewed Engy El-Saban, CEO of VictoryLink, who is the second mastermind behind this year’s edition, to know more details about the summit, in addition to delving into the obstacles that women face in Egypt, as well as the fintech industry in Egypt.

Why technology and digitalisation are the summit’s main topics?

Kamel and El-Saban believe that the technological revolution is the backbone behind the success of all sectors and that there is no better opportunity than this summit.

El-Saban: As leaders in the technology field, we have a vision to continuously expand in the market, and we’ve been looking to undertake a new approach that would enable us to reach a wider audience said.

We realised Narrative Disruptors’ great potential in being our first step toward starting a new journey of success in organising our own events, as it is based on a series of well-established summits which tackle crucial topics that impact our society and address how technology is the best fitting solution. Narrative Disruptors perfectly reflects our corporate identity, as a sole event that brings under its name change makers, innovators, and entrepreneurs from diverse industries to share their knowledge and best practices.

This is the first of many events we’ll be organising throughout the upcoming years, as our short-term plan will have us introducing our newest subsidiary that’s specialised in event organisation and management.

The goal behind this summit

Kamel: The goal behind all the narrative summits was to brand and promote Egypt, not just internally but also externally, in addition to discussing challenges and problems, as well as deliberating and finding out solutions of what could hinder Egypt’s development.

El-Saban: We aim to establish a forum which enables professionals to engage in narratives of local relevance and global influence, share experiences, and set the future trends in the field of corporate communication.

They both agreed that the goal of such a summit is to implement the 2030 Vision and the 17 sustainable development goals by shedding light on the role of technology and innovation. This will be done through highlighting the role of leading disruptors in the growth of various industries and how technology, innovation, and entrepreneurship were catalysts for this growth by bringing the main pillars of the digital era we live in today.

Kamel: Last year, the narrative summit, which is the main summit, witnessed the attendance of around 700 to 800 people, while this year it is a by-product from the main summit, thus we expect around 400 or 500 attendees.

El-Saban: The summit will bring more than 17 international and local influential policymakers, corporate chiefs, and leading professionals from different sectors, including real estate, banking, technology, tourism, NGOs, and the media. About 41% of Narrative Disruptors speakers are women.

Kamel: The Minister of Communications and Information Technology, Amr Talaat, and the Minister of Immigration and Egyptian Expatriates’ Affairs, Nabila Makram, will both be keynote speakers in the summit.

El-Saban: The summit will tackle three main topics through their panels which are entrepreneurship, fintech, and disruption.

As for sessions, we will be focusing on the role of digitisation in different fields, whether it is in the entertainment field, telecommunications, banking, or the tourism sector and their roles in growing and developing them.

El-Saban: We aspire to shed light on the disparity between male and female domination of fintech industry by highlighting women’s continuous rise to the challenge and their pursuit of positions of impact in financial and technology companies of all shapes and sizes. We want to showcase these relatable, everyday women who have succeeded in their fields hoping to inspire women by spreading awareness of the benefits and potential of immersing themselves into the fintech industry.

Kamel: The summit focuses on inclusion. It means that women are just like men so they have equal rights. They will showcase what women are capable of doing and their potential, noting that the summit has a great line-up of very successful women.

So basically, what we are trying to get here is to try to improve what women are able to do, and by doing that we create a homogeneous platform or atmosphere for more women to work and upgrade, and therefore, we are instigating the ability of society to accept that, and the ability of the society to celebrate successful women and their abilities, so this way we are giving women rights and opportunities.

Kamel: During the past few years, the state has been very supportive of women and backing their place in society more than ever.

I feel that we as women are part of many conversations with significant means and we are approached by so many institutions, which include us in their campaigns, their thinking, and their strategies. However, women still face many changes, but I think a lot of these challenges are the segregation of duties of men and women. So, men are expected to work, and women are expected to take care of the children, or of the household.

So I think society has to accept that women are not just women, they are people, and basically the splitting of roles can be supportive for both, and that there is no book of rules that says that men cannot raise children or that women cannot work.

Another challenge is the support system, as women are still relying on outside help such as their mothers, whereas they have a husband who should share part of that, hence this is another burden.

Reasons behind limited representation of women in fintech industry

El-Saban: We can categorise women’s lacking representation in fintech according to a number of constraints. For example, when it comes to women’s demands of financial services, women face social norms that inhibit their access to financial resources, as well as their ability to work in the financial sector, and lack of mobility and access to bank branches also plays a significant role in this, in addition to poverty and lack of resources, which limit financial literacy.

On the other hand, supply constraints are influenced by factors such as cultural disconnection between the banks and the poor and the limited presence of banks in rural areas creates a wide divide between banking processes which are not adapted to underprivileged women.

As for women’s representation in the fintech industry, according to the Women’s World Banking, currently there are 23.2 million Egyptian women who remain excluded from the formal financial system, which is 73% of the adult population in Egypt, while only 27% have proper access to a personal bank account, representing a gender gap of 12% –while men make up 39%. On the other hand, in the second quarter of 2018, micro financing benefited almost 3 million adults in Egypt, out of which 70% were women. Microfinance allowed women to pay their own bills, transfer money to their loved ones, or start their own savings accounts.

El-Saban: The fintech market aims to transform Egypt from a cash dependent society to an e-payment society at all levels of the financial services sector, from the highest-level to the grassroots level. With a population of around 100 million people, Egypt is ripe for the development of its fintech sector. While only a third of the adult population has a formal bank account, a significant number of providers have developed a market that can facilitate access for the large unbanked population, as well as open the banked population toward more technologically sophisticated services.

The Egyptian culture still needs some work on raising the awareness of the benefits of fintech products and services. Entities, governments, and corporations must as well abandon traditional work habits and start directing their services through fintech solutions. For example, banks need to rely less on physical branches and distribution models that go through many offline processes.

In Egypt, we are held back by our longstanding mentality when it comes to fear of online identity and information theft. Lack of information fuels this fear and trepidation when it comes to exploring new financial products and services that are blended with technology.

Kamel: The fintech industry in Egypt is going to substitute the underground economy, and to grow dramatically. It is going to blossom.

Microfinance portfolio in banks reaches EGP 6.94bn in Q1 of 2019