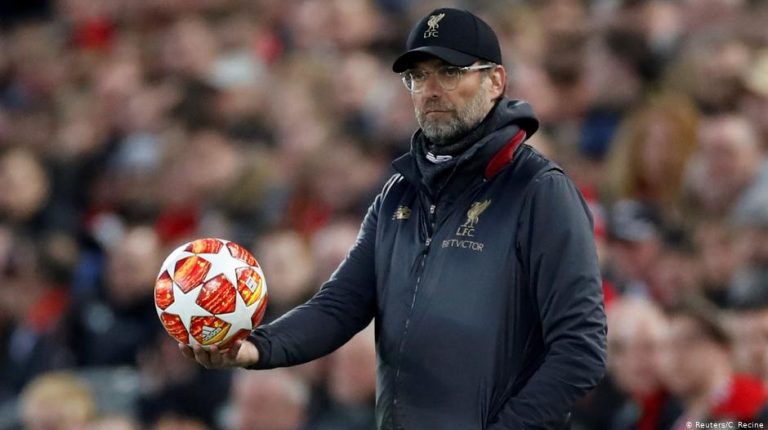 Manchester City pair Leroy Sane and Ilkay Gündogan are up against the likes of Toni Kroos and Anja Mittag for the German Football Ambassador public award. In the coaches category, Jürgen Klopp faces stiff competition.When German football personailities move overseas, their achievements and notable social projects in foreign countries can build bridges between communities and contribute to a positive image of Germany around the world.

There are two main categories: the public award for players, and a "coaches" award.

The nominees for the public award:

Klopp among nominees in "Coaches" category

Liverpool manager Jürgen Klopp headlines the three choices to succeed last year's "Coaches" winner Gert Engels. While the the former Mainz and Dortmund coach may have won over the Anfield faithful, he'll have to get past Petra Landers and Michael Weiß to scoop the award.

After a successful playing career, Petra Landers has been on a mission to level the playing fields between men and women in football. She was a pioneer in establishing womens' football in Germany, and has dedicated her life to getting girls from all walks of life involved in the sport. In 2017 she played in a game near the summit of Mount Kilimanjaro in Tanzania , which holds the record for the highest match above sea level at 5,714 metres. The match sought to highlight discrimination women face football.

Michael Weiß has been nominated for the award once before. The globetrotting coach, who has worked with Europe's top clubs, coaches the central Asian nation of Mongolia. Weiß found success coaching the Philippines national team, and he has also worked on football programs in Rwanda, China and Japan.

Additionally, a player or a coach can be honored in the category "honorary prize" for his or her extraordinary commitment.

The first honorary prize winner was Dettmar Cramer, in 2013, who worked in the United States, Japan and Saudi Arabia. His work was as unique as that of globetrotter Rudi Gutendorf. The man who has coached more national teams than anyone else (18) is the patron of this initiative.

In 2016, the honorary prize winner was the man who has scored more goals for Germany than anyone else, Miroslav Klose.

What is the award?

The German Football Ambassador award was first presented in 2013. It is a social football project that recognises the efforts of German football coaches and players who use the sport as a vehicle for effecting positive development abroad.

In that time, 26 charity projects have benefitted from their support. The Peres Center for Peace in Israel is an example, in which frameworks were established, which are designed to help Jewish and Arab children (and adults) to learn how to overcome religious and cultural barriers through football.

The winners will be chosen by the fans via online voting. Voting runs until April 28. Deutsche Welle is a media partner and will publish a portrait of the winner.

When is it awarded?

German Foreign Minister Heiko Maas will present the player award, coach award and honorary award at a gala in Berlin on May 15.