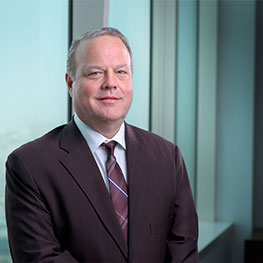 Al-Futtaim Group plans to increase the area of its Cairo Festival City (CFC) by 25,000 sqm, reaching a total area of 200,000 sqm, according to Timothy G. Earnest, Group Director/CEO of Al Futtaim Malls.

Consequently, more luxury retailers and new international brands will be brought to Cairo, in addition to entertainment centres, that will make people further enjoy their time in the mall.

He continued that Al-Futtaim Group has completed the construction drawings of this new expansion, noting that it is scheduled to start the construction operations within six months, while the opening will be in early 2021.

“We are also in conversations with several land owners in New Administrative Capital and New Cairo to build two new malls,” Earnest stated.

He explained that the planned malls will be different than CFC, as they will be built on a smaller area, reaching 75,000 sqm each.

The group aims to complete the establishment of one the two malls by 2023, and the second one by 2025, even though it still has not determined which one to start with, Earnest said.

As Egyptian government supports urban expansion outside Cairo, Al-Futtaim also aims to expand its projects outside the capital. There is no settled plan yet, but the group aims to establish a new mall in Alexandria to meet the population growth there and for being one of the main tourist destinations in the country.

“We are very happy about the retail sector in Egypt, we are also happy with the results we are seeing in the CFC, we have replaced over 40 stores with more exciting brands during the last year and half in CFC, and right now the CFC is the most dominated mall in Egypt with high occupancy rate,” he said.

As for the impact of e-commerce on the size of the investment in the commercial malls, Earnest stated that the e-commerce is not a threat to Egypt, as it is still represent less than 1% from the Egyptian sales, which makes it a great opportunity to develop malls and maintain its position for years and even forever.

Regarding the phenomenon of malls closure all over the world, Earnest stated that it is a narrative phenomenon, noting that the first mall to shut down in the world from 50 years ago after five years from introducing the idea to the market. He noted that the only reason behind any mall closure is not giving the customers what they want, so it has nothing to do with e-commerce or retail cycle.

In that context, Earnest identified four major areas that malls have to revolve around to grow, one is to continue having traditional stores or what he calls transaction business retailers.

The second is related to the Food and Beverage (F&B), varying between having food courts, restaurants, to having stores for buying vegetables and fruits, and all the in between food services.

“I think that in the future we will see 25-30% of the malls are dedicated for the food uses,” he expected.

The third major area is the provision of all entertainment forms ranging from cinemas to virtual reality, educational entertainment, and the high end entertainment attractions, such as concerts and other attractions for consumers, and in that term we should be updated to attract the customers.

He added that the fourth axis is that the mall or shopping centers should be comfortable for the customers, in which they create special moments.

it is scheduled to start construction operations of new expansion in CFC within six months, while the opening will be in early 2021.