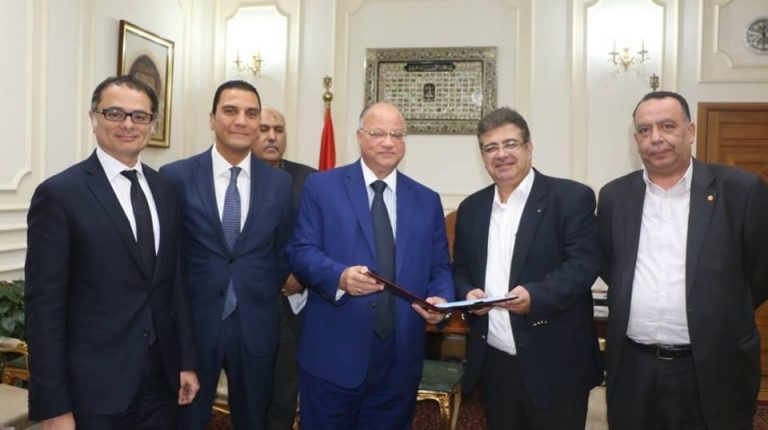 Governor of Cairo Khaled Abdel Aal signed a protocol with Nile Taxi, a boating services company, to allocate seven sites in Cairo to be used as berths for the company’s boats.

According to a Saturday statement, it comes as part of the governorate’s efforts to achieve traffic liquidity and ease congestion in the capital through non-traditional solutions and benefit from the course of the Nile river as an important longitudinal axis running from the north to south of Egypt.

The protocol includes the allocation of seven sites on the Nile Corniche, two of which in As Sahel district, two in Maadi, two in Zamalek, and one in Garden City.

Nile Taxi will have usufruct to establish sites that will not block the vision on the Nile with the provision of all security requirements and technical specifications and will obtain licenses and all the necessary permits from the relevant bodies.

The protocol was signed by Mohamed Hanafi, general secretary of the governorate, Magdi Ghali, chairperson and managing director of Nile Taxi, and Maged Shawky, co-founder and board member of the company.