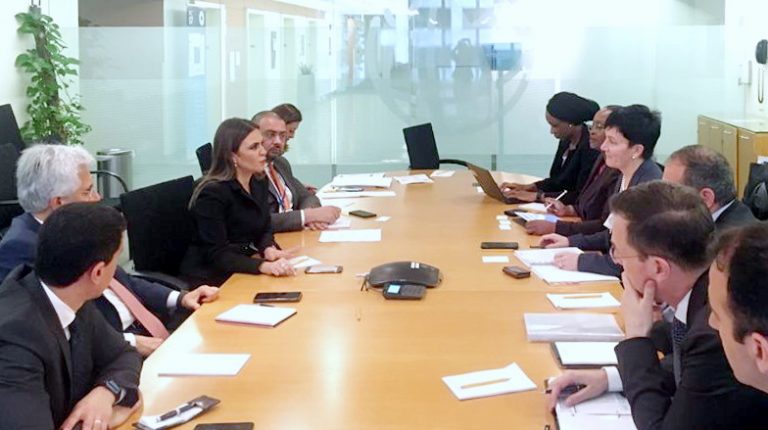 It comes during a meeting between Minister of Investment and International Cooperation (MIIC), Sahar Nasr, and several representatives of international financial institutions including Stephanie von Friedeburg, CEO of IFC, on the sidelines of the spring meetings of the International Monetary Fund (IMF) and the World Bank Group (WBG) in Washington, DC, a Saturday statement of the MIIC said.

IFC’s current portfolio is $2bn, marking the largest portfolio in the Middle East and North Africa.

The IFC investments in Egypt hit a record high of $1.2bn in fiscal year 2017/18, which supported banking, infrastructure, agricultural, and industrial activities, the minister noted.

Egypt pays great attention to partnership with the private sector in many fields, including energy, communication, and information technology, the minister added, noting that the country’s reform programme depends on strengthening the private sector development through providing an enabling business environment.

For her part, Friedeburg said IFC invested about $165m in Africa and Middle East in several entrepreneurial companies, affirming that entrepreneurship can support the country’s economy and make a positive difference in people’s lives.

Additionally, the WBG’s new President David Malpass said Egypt is doing well over its economic reforms, noting that unemployment rates decreased to lower than 9%, over his meeting with Nasr.

Malpass expressed his keenness on collaborating with Egypt’s president Abdel Fattah Al-Sisi in boosting the economic growth in Africa in line with Egypt’s current presidency of the African Union.

He affirmed the group’s focus on the full involvement of women in the economy, particularly in SMEs.

The WBG’s board approved new $200m worth fund for Egypt to support SMEs and entrepreneurship, Nasr mentioned, affirming Egypt’s keenness on supporting women activities in the economy.

Egypt predicted to be among major G-20 economies: The District CEO