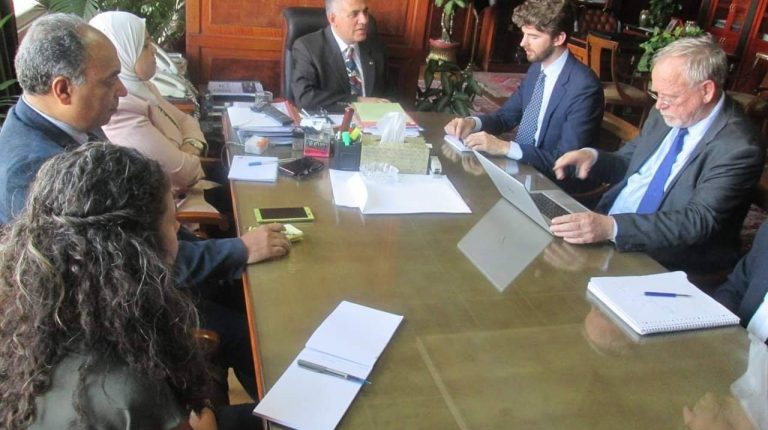 The Ministry of Water Resources and Irrigation and the European Union delegation to Egypt, holds on Sunday the meeting which will kick-off the preparations of the second Cairo Water Week (CWW), under the theme ‘Responding to Water Scarcity,’ which will be covered under five sub-themes.

The second CWW will be held in October under the auspices of President Abdel Fattah Al-Sisi. Cairo Water Week is an annual event aimed to promote water awareness, fostering new thinking around the most pressing water-related challenges, and taking actions toward comprehensive water resource management and conservation.

Egypt’s Ministry of Water Resources and Irrigation will organise the event, in cooperation with national, regional, and international partners. Over 500 participants from different countries are expected to take part in the CWW.

Meanwhile, the Minister of Water Resources and Irrigation, Mohammed Abdel Aty, met on Thursday with a team of Dutch experts, representatives of the Dutch Foreign Ministry and the Dutch embassy in Cairo. The meeting came in preparation for the return of the technical cooperation programme with the Dutch government after an absence which lasted for six years.

The meeting addressed preparations for the meeting of the Egyptian-Dutch Water Management Advisory Council which is set to be held next week in the Netherlands in the presence of Abdel Aty and the Dutch Minister of Infrastructure and Water.

The council includes members from ministries of irrigation, agriculture, and the Holding Company for Drinking Water and Sanitation from the Egyptian side; while the Dutch side will include representatives from the ministries of infrastructure and water and foreign affairs, and the Dutch Water Partnership.

The Egyptian-Dutch Water Management Advisory Council was established in 1976 and has been working since then to support the exchange of experiences between the Egyptian and Dutch governments in the areas of planning and management of water resources, including maximising the return of water in agriculture, improving water quality, sewage treatment technologies, and integrated management for coastal areas.

Opinion: An anti-Semite in the Chancellery? Emil Nolde must go!