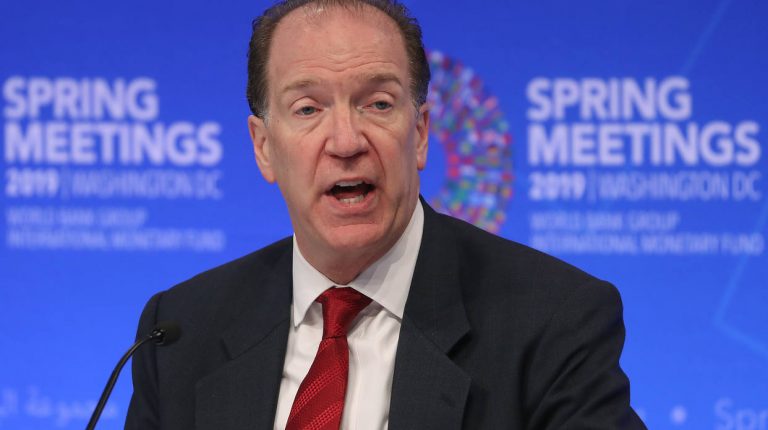 Washington, DC- “I would like to see countries do well, and I would like to see Egypt do well. I take note that their unemployment rate has fallen to below 9%. The inflation rate has been falling, and so there are still big challenges faced by Egypt, as far as inclusion as far as more jobs, David Malpass, the World Bank Group (WBG) president, told Daily News Egypt.

“One of the key things in getting good growth in countries is full inclusion of women in the economy. This is a huge resource. It’s particularly apparent in Africa, and is something the bank is working hard on, both from the standpoint of having women have legal rights that are full and that are effective within the economy, but then also to be able to participate fully in the economy, small businesses, and employment. All of those are progress,” Malpass added.

Additionally, “I’m looking forward to cooperating with Egypt in order to promote the country’s economy, and this year, Egypt is the head of the African Union that could help Africa to work together.”

Malpass noted that the WBG plays an increasingly vital role in leading regarding the global challenges that people face in developing countries. The bank’s role is particularly important in poorer countries, where the global economic slowdown that began last year hit the people hardest.

Moreover, Malpass said that global growth lost momentum throughout 2018, fell to 2.7% in the fourth quarter (Q4) of the year, down from 3.3% in Q1, based on the WB’s calculations.

Furthermore, Malpass added that the deceleration was seen in both advanced and developing economies, and it coincided with three other warning signs: waning structural reforms in major economies, financial stress in some large emerging markets (EMs), and elevated global policy uncertainty.

Concerning the current trends, per capita income growth in Sub-Saharan Africa, as a whole, is now projected to stay below 1% until at least 2021, which elevates the risk of a further concentration of extreme poverty in the continent. Growth in median countries will also be weak, he elaborated, adding that this fact is extremely troubling, because it jeopardises the WB’s primary goal of ending extreme poverty by 2030.

“Globally, extreme poverty has dropped to 700m at the last count, which is down from much higher levels in the 1990s and 2000s. But the number of people living in extreme poverty is on the rise in Sub-Saharan Africa,” he highlighted. “By 2030, nearly nine in 10 extremely poor people will be Africans, and half of the world’s poor will be living in fragile and conflict-affected settings.”

He explained, “Fortunately, the WBG is financially strong. With the capital package – which was agreed on a year ago at the spring meetings, and which I was proud to support – the organisation is becoming even more responsive, efficient, and effective.”

“This week we at the WBG have joined the IMF in welcoming our 189 shareholders to the spring meetings,” he declared.

Additionally, he pointed out that regarding climate change, one thing to take note of is that it has its biggest effect often on the poorest people, so that adds to the challenge.  Therefore, the bank has goals under the climate change action plan–ones that the WBG thinks are achievable in terms of addressing some of the effects of climate change.  And that follows from mitigation types of lending and also adaptation types of lending as other innovative products that the bank can be involved in.

As far as the digital economy, it is are critically important for people to move fast as in to move forward quickly in terms of their economic development.